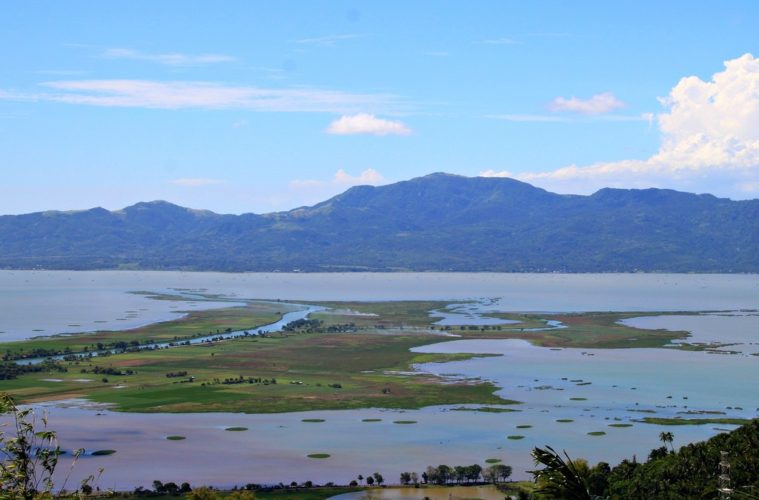 All the contribution of the lake to the country, what’s bothering the fisheries, and the steps in fighting the cause to the decrease of natural productivity in Laguna de Bay fisheries.

Laguna de Bay is the largest lake in the Philippines with a surface area of 90,000 hectares, average depth of 2.5 meters, shoreline of 238 kilometers, and maximum water holding capacity of 2.9 billion cubic meters. The lake’s basin (the lake and its watershed) is 292,000 hectares wide, covering
5 provinces, 12 cities (including parts of Metro Manila), 49 municipalities, and 3,656 barangays. There are about 20 million people living around the lake.

It provides water for fisheries, transportation, irrigation, power generation, cooling power plants, drinking, and recreation. Agricultural farms cover about 50% of the lake’s basin area for rice, sugarcane, coconut, and livestock production. Most of the forests in its watershed have
been denuded and become grasslands or are now planted to annual crops. An estimated 60% of the total households by the lake’s basin discharge their solid and liquid wastes directly into it. There are more than 4,000 industrial establishments operating near or adjoining the lake’s shore.

According to the Bureau of Fisheries and Aquatic Resources in 2013, the lake’s fisheries contributed 3.1% of the total fisheries production of the country and 2.5% of the country’s aquaculture production. There has been a decline, however, in the fisheries production of the lake, from 20,700 metric tons (mt) in 1973 to 14,000 mt in 2013 due to the deterioration of the water quality of the lake, the increasing sedimentation at the lake bottom, and the incursion of invasive fish like the clown knife fish (Notopterus chitala).

The decreasing natural productivity of the lake supporting its fisheries is attributed to the shoaling of the lake with sedimentation that causes water turbidity and limits photosynthesis (natural food production with sunlight). The sedimentation rate is about 1.5 million cubic meters per year.
The thickness of the sediment at the lake’s bottom has been estimated to be 3 meters.

The heavy run-off of nutrients (nitrates and phosphates) from agricultural, domestic, and industrial sources in its watershed has made the lake highly eutrophic (so rich in nutrients that the plant population becomes dense, depriving animal life of oxygen), causing the occurrence of algal blooms and fish kills. It is estimated that 930 tons of nitrogen and 420 tons of phosphorus from surface run-off and the backflows of the Pasig River pollute the lake every year.

The proliferation of the predaceous clown knife fish, an aquarium fish believed to have been accidentally introduced to the Laguna de Bay, has caused the decline in ayuňgin fishery, particularly at the eastern part of the lake.

Many interventions are needed to sustain the fisheries of Laguna de Bay. To improve its water quality and productivity, the pollutants from land sources have to be properly treated and/or disposed of. The reforestation of denuded areas and other soil conservation measures are necessary for reducing the sedimentation rate. And lastly, an environmentally sound method of desilting the lake should be considered.