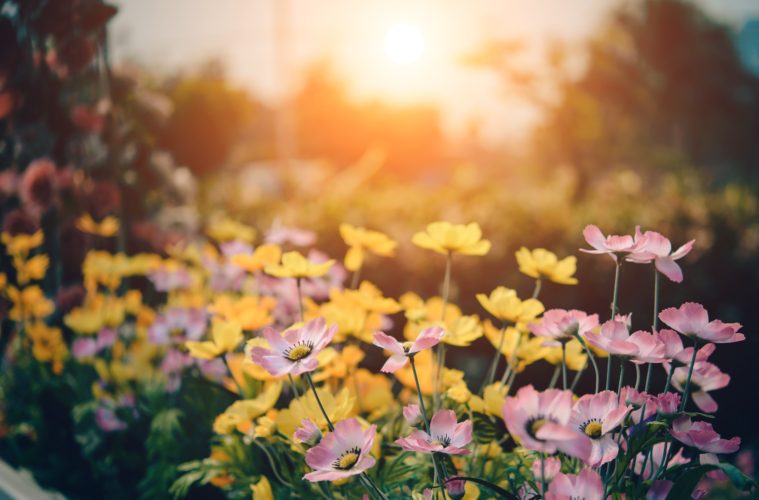 What the Salad Crop and Flower Festival is all about, the people behind the celebration, and all the avenues it uses in order to pursue agri-tourism in the country.

The “Salad Crop and Flower Festival” was one of the highlights of the Centennial Foundation Anniversary celebration of Benguet State University (BSU) at its experimental farm in Balili, La Trinidad, Benguet.

The mini flower festival, which was held at the Balili Experiment Station, featured a short farm tour and a salad-making competition participated in by the students of BSU from its different campuses in the region.

The colorful activity also marked BSU’s long-standing partnership with Allied Botanical Corporation (ABC), one of the leading seed producers in the country.

The mini flower festival, which was held at the Balili Experiment Station, featured a short farm tour and a salad-making competition participated in by the students of BSU from its different campuses in the region.

The exhibit area, where ABC planted various vegetable and flower varieties for showcasing, awed visitors and guests. The plants included different varieties of sunflowers, marigold, tomatoes, lettuce, cucumber, spinach, and kohlrabi or turnip cabbage, which is being introduced by ABC in the locality. cwiss Chard is also being introduced to the area, together with the other new varieties of pepper.

During the event, Department of Tourism Cordillera Administrative Region Director Venus Tan underscored the importance of conducting agri-tourism activities, saying that there is now a need for something more experiential. “The paradigm of travel and tourism has now changed. Aside from the usual tourism attractions like waterfalls, mountains, and other sites, tourists want a more experiential way of travelling, and farm tourism is something very experiential.” Tan said that the BSU, together with ABC, started to provide a potential farm tourism attraction by holding the Salad Crop and Flower Festival. The salad making competition also highlighted the use of locally-grown salad crops like the different varieties of lettuce and vegetables cultivated at the Balili Experiment Station. The competition was initiated by by the College of Home Economics and Technology (CHET) of BSU.

Members of the Board of Judges included Chef Elmer Macalingay of Health 100 and 101, Chef Vonn Ryan Esquivel of 2600 Gastro Pub, and Chef Lawrence Luna of Inglay Restaurant in Baguio City.

The team of Maria Elena Atos and Fernan A. Bangonan, both of the BSU Bokod Campus, emerged as the grand winner in the salad-making competition with their “Lemonada Ensalada,” which the students said was in line with their campus promoting the use of lemongrass in their locality.

Second place went to Cherry P. Cuyan and Maravila M. Senado of CHET and their “Cordilleran Salad” entry, while third place went to Megnon Lapo B. Tudlong and Raymond S. Salagat, both of the BSU College of Agriculture, with their “Globalization Dish” entry.

Among those who graced the event were Benguet Provincial Agriculturist Lolita B. Bentres, ABC Executive Assistant Rowena Bienes (representing ABC president Michael Caballes), and Jerick “Carrot Man” Sigmaton. Officials, staff members, and students of BSU extended their full support for the success of the event.

The BSU and Allied Botanical Corporation began their alliance in 1984, partnering to conduct field trials on crop varieties before distribution to the farmers in the area and other highland regions in the country. ABC employs some BSU graduates and provides scholarships for BSU students as well. As a seed company, these are part of ABC’s mission to provide high quality, adaptable vegetables, flowers, and herb varieties to Filipino farmers.