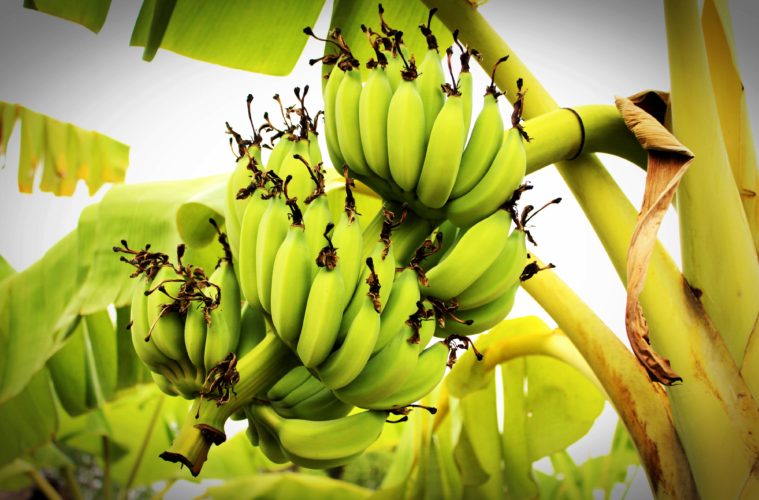 The importance of producing banana in the Philippines, what banana bunchy top virus (BBTV) is all about, and what the agencies been doing towards the eradication.

Known as a prime commodity of the Philippines, banana is arguably the most popular fruit in the world, with over 1,000 varieties. Wild and cultivated bananas vary in size, color, taste, ﬁrmness, and use.

The Philippines is one of the top three major banana-producing countries, with about 400,000 hectares (ha) planted to the crop. The country has a great wealth of banana germplasm resources as it lies within the center of origin and diversity of wild and cultivated bananas.

Banana, however, is vulnerable to biological threats and many agroecological conditions. Disease infection, for one, can potentially wipe out one cultivar in a matter of years—the way Gros Michel, a commercial cultivar, became virtually extinct in the international export trade after the widespread Fusarium wilt or Panama disease infection.

This kind of threat is exactly what banana experts aim to prevent. Hence, they have been continuously developing strategies to manage the spread of diseases, and one of these is through the development of disease-resistant varieties.

BBTV is one of the most dreaded virus diseases of banana in the Philippines. It is difﬁcult to eradicate as it is easily spread by winged insects called aphids (Pentalonia nigronervosa).

Dessert bananas like lakatan, latundan, and Cavendish are more susceptible to BBTV than the cooking type of bananas such as saba. The BBTV infection rate for lakatan, for instance, can go as high as 75% per hectare depending on cultural management practices of the farmer.

Small lakatan farmers are the ones who are most affected by BBTV. There is little or almost no production and the harvest’s market quality is usually unacceptable. With low yield and income, some smallhold banana growers tend to shift to production of other crops.

Considering how both local and export markets rely heavily on dessert banana production, the threat of disease infection can signiﬁcantly affect the Philippine banana industry.

The future of the banana industry largely depends on the country’s readiness to address the alarming issues of pests and diseases. BBTV cannot be easily controlled, thus there is a need to develop built-in resistance in banana to reduce losses in production and income. This is what the country’s top banana experts have been trying to achieve through the support of the Philippine Council for Agriculture, Forestry, Aquatic and Natural Resources Research and Development (PCAARRD) and other agencies.

In a study led by the Institute of Plant Breeding of the University of the Philippines Los Baños, researchers worked to test the performance of the ﬁeld-developed BBTV-resistant lakatan through mutation breeding. During the ﬁrst phase of the project, the team led by Dr. Olivia P. Damasco was able to develop mutant lines through gamma irradiation and in vitro induced mutation, which were further evaluated in ﬁeld trial sites.

The ﬁeld evaluation showed favorable results. Low incidences of BBTV in all sites were recorded despite the presence of infected plants, vectors, and aphids. Also, it was discovered that the most effective control strategy is the use of mutant lines along with regular rouging (removal or culling) of infected plants at least once a month.

The team projected a 20% reduction of BBTV incidence after the farmers’ adoption of the disease-resistant cultivar.

The research team is currently evaluating the agronomic and yield performance of the BBTV-resistant cultivar in ﬁve banana growing provinces—Quirino, Cavite, Laguna, Quezon, and Davao—before the full commercialization of the new BBTV-resistant lakatan.

As of November 2013, more than 12,000 plantlets from mutant lines and the control lakatan plants have already been micropropagated and planted in experimental and demonstration trials while another 2,700 meriplants were brought to the Bureau of Plant Industry-Davao for nursery establishment and eventual ﬁeld planting.

The team is also active in promoting the technology by conducting seminars and lectures on effective management strategies against the banana bunchy top disease. The project will be completed in 2016.

Aside from the development of BBTV-resistant lakatan, another management strategy being supported by the PCAARRD is the virus indexing of tissue cultured plantlets. Since the tissue culture propagation technique does not guarantee protection against BBTV, virus indexing is considered an integral step in ensuring the production and dissemination of pathogen-free planting materials.

These projects are only some of the joint initiatives of the PCAARRD, state universities and colleges, and line agencies towards a more responsive national banana research and development.