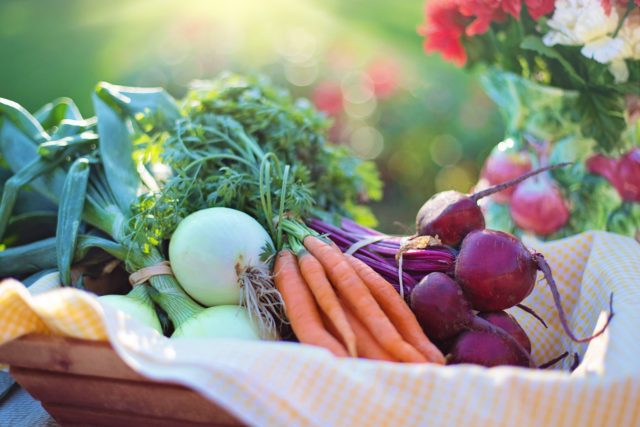 The advantage of getting into organic veggie-growing, avenues in putting up this kind of business, and reasons for trying out this rain sheltered system.

by Tony A. Rodriguez

Two young agri-entrepreneurs in Alfonso, Cavite are putting up a small company that will help commercial vegetable growers become successful fully organic producers. The partners are Michael Lee, a South Korean, and Brett Ostrander, a Canadian, who have been in the Philippines for eight years.

Lee, an Architecture graduate, has spent those years farming, ﬁrst in Quezon Province and later in Cavite. Seeing how climate change has been making Filipino farmers’ lives difﬁcult, he has encouraged agri-entrepreneurs to invest in rainbarrier-type greenhouses or rain shelters for protecting their crops, especially high value vegetables, from inclement weather. He says that so far he has successfully encouraged some 20 commercial veggie producers in Luzon to use rain shelters.

The Canadian, on the other hand, came to the Philippines with missionaries and worked with the country’s urban poor for seven years. During that time, he ﬁnished a Bachelor of Theology degree. Later realizing that he was not seeing the results that he desired from his vocation, he settled in Cavite where he saw that agriculture offered better solutions in helping to truly transform the lives of poor people. Helping to boost agri-investments in the countryside to provide more sources of livelihood was, he observed, more effective than working to solicit donations to poverty-alleviation projects.

Lee and Ostrander plan to call the ﬁrm that they’re putting up “Agrimek Organic Farming Systems,” and their target clientele are agri-entrepreneurs willing to invest, at lesser risk, a minimum of ₱750,000, excluding the cost of land, for an initially small but highly viable commercial organic vegetable venture.

Cost-efﬁcient and labor-saving The pillars of Agrimek’s system are sturdy rain shelters, fully water-soluble organic inputs for fertigation via drip irrigation, and an efﬁciency level higher than in conventional farming.

“The rain shelters that we build have frames of special modular galvanized steel tubing held together by bolts and nuts; there’s no welding involved at all,” says Lee. “Rooﬁng is of low-density polyethylene (LDPE) ultra-violetprotected sheets usable for four or more years. With climate change, destructive rainy spells are getting more widespread throughout the Philippines at present. The main consideration for protective structures is their strength to withstand heavy rainfall and strong winds.”

Lee goes on to say that he designed their structure for easy maintenance that farm owners’ workers can perform themselves, and that their cost is competitive with that of other builders’ rain shelters. With supervision, the structures can be put up by farm workers who, following the proper installation methods—especially with the LDPE roof—can build typhoon-resistant shelters for their employers. Use of the rain shelters starts with seedling production.

“As to fertilization, we’re promoting the use of completely water-soluble organic inputs, most of which are imported,” says Ostrander. “We recommend that our clients use about 15 certiﬁed organic ingredients for producing a tea or solution to mix to water in a tank for watering plants through a drip irrigation system that facilitates fertilization and minimizes labor for high-value veggies like lettuce, sweet pepper, cucumber, salad and cherry tomatoes, and even honeydew melons. Drip irrigation also ensures less cost by delivering the right amount of water to each plant at the right time.”

A problem of medium to large commercial organic vegetable producers in the country at present is the lack of supply of processed organic fertilizers on a sufﬁcient and sustainable basis. Labor costs involved in the large-scale production of vermicompost, chicken dung, bokashi, carbonized rice hull, ordinary compost, etc. hamper the availability of such materials. On the other hand, suppliers of organic inputs in other countries guarantee not only the regular volumes and availability of their products but also the high quality of these.

For example, Lee and Ostrander have begun teaching, through a techno-demo, the farm caretaker and his helper at a newly formed ﬁrm, Victoria Greenyield Agriventures Inc. (VGAI) in Malvar, Batangas. VGAI is a partnership of three young men aiming to be suppliers of high-value organic vegetables to institutional customers in Metro Manila. After building two six meter (m) by 18 m structures and a 6 m by 9 m nursery shelter— all with a height of 2.1 m—within the 2.6 hectare farm owned by one of the three partners in Malvar’s Barangay San Fernando, Lee and Ostrander began imparting their fertilization system to Farm Operations manager Turo Tolentino, one of the partners, and to the farmhands led by head caretaker Roger Tacoy.

They directed the VGAI workers to mix together 50 kilograms of the 15 mostly imported ingredients, which will in turn be mixed with 600 liters of water for watering the lettuce they planted. Their fertigating tank has a capacity of 6,000 liters. According to Lee, blood meal granules and guano powder are two of the imported ingredients.

“Blood meal, one of the highest non-synthetic sources of nitrogen (N), is a dry, inert byproduct of cattle slaughterhouses,” says Lee. “It’s high-nitrogen and high-protein, containing 13.25 percent N, 1.0% P (phosphorus), and 0.6% K (potassium). Blood meal, bone meal, and other animal byproducts are permitted in certiﬁed organic production but cannot be fed to organic livestock. The guano that we used has a guaranteed composition of 17% N, 13% P, and 3% K.”

Nitrogen is the element that is typically missing from soils, more so than the other elements (phosphorus and potassium) provided by most fertilizers. Plants grown in soil lacking proper amounts of nitrogen will turn yellow from the leaves down due to nitrogen deﬁciency. Applying blood meal helps plants become more green, as the VGAI personnel learned.

“We also supplied biological pesticides for the farm’s crops,” says Ostrander. “VGAI is currently working for the certiﬁcation by the proper entities of all the vegetables that its farm will produce.”

The Agriventure’s managers are impressed with the techno-demo conducted by Ostrander and Lee in their ﬂedgling farm, especially regarding organic fertilization inputs and the rain shelters with drip irrigation. The two main structures withstood the winds of Typhoon Glenda, which resulted in Malvar’s being declared a calamity area by the provincial government because of the extent of damages to buildings and farms in the town.

“That’s because of our system, the materials that we used, and the fact that we built the two main shelters side by side to make them sturdier and more immovable,” says Lee. “The nursery shelter was damaged because we built it about six meters away from the main shelters. But the VGAI workers were able to repair the damage in just three days, totally replacing just two or three frame tubings that cracked from having been bent too much by the typhoon.”

The success of the techno-demo and its effect on the managerowners of VGAI is motivating Ostrander and Lee to present their system with its water-soluble organic fertilization mode even to the established highly-commercial certiﬁed organic vegetable farms that may be encountering problems with the non-availability of regular supplies of the inputs that they need.

“We’ve heard that they may be having production problems with the lack of consistent supplies of organic inputs,” says Lee. “We’re sure they will be open to our talking to them about our inputs, inasmuch as they already have their rain shelters, and inputs are all they’re more in need of.”

With what the techno-demo showed, Lee and Ostrander are encouraging VGAI to use higher-quality seeds for their next crops. They particularly suggested bell or sweet pepper, which fetches high prices—sometimes as high as PhP 300 per kilo—during the Christmas holidays. They also recommended that the agri-venture procure seeds from dealers of Allied Botanical Corp. (ABC), which is the exclusive distributor for the Dutch ﬁrm Rijk Zwann, one of the leading vegetable breeders in the world. ABC has carried seeds of superior hybrid varieties of lettuce, bell pepper, and cherry and beefsteak tomatoes from Rijk Zwann since 2005.