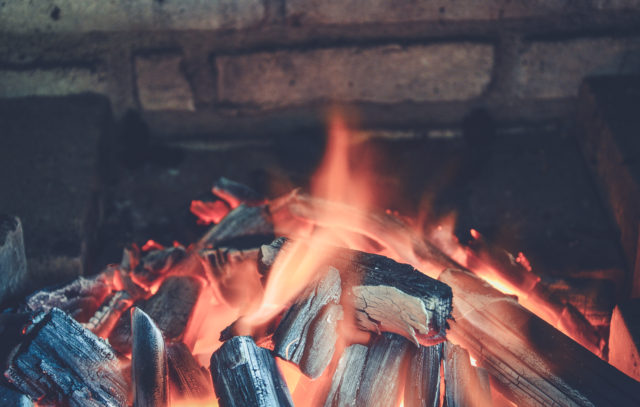 The advantage and role of kawayan charcoal in agriculture, the observance to the efficiency of the production, and how it is essential using a bio-organic fertilizer.

BATAC, ILOCOS NORTE—A retired agricultural scientist in this town has discovered that crushed bamboo charcoal is a very effective component for the organic fertilizer requirement for eggplant, kangkong, and other high value commercial crops.

MMSU charcoal grinder (right) and charcoal made from kawayan and corn cobs (left).

Dr. Stanley C. Malab, who was also the former director of the Ilocos Agriculture, Aquatic and Resources Research and Development Consortium (ILAARRDEC), calls the bamboo charcoal Kawayan Biochar (KBC) because when it is mixed with vermicompost and applied to the soil during land preparation, it enhances the soil’s organic matter content and helps the plants attain their yield potential.

ILAARRDEC is a consortium of 18 government agencies in Region 1 involved in agricultural research and extension. Its main ofﬁce is located in the main campus of the Mariano Marcos State University (MMSU) in this town.

Dr. Malab found out that the use of the mixture of KBC and vermicompost markedly increased the soil’s phosphorus content to 301.8 parts per million (ppm) and its potassium content to 1,141.5 ppm. This means the soil was richer in these elements by 500 percent than when it was not applied with this byproduct, even when it was applied with the right amount of bio-organic fertilizer.

In his experiment, Malab also found out that ordinary garden soil which was not applied with combined KBC and vermicompost contained only a maximum of 0.74 ppm of phosphorus and 265.8 ppm of potassium. When he only applied vermicompost without the KBC, the soil’s phosphorus and potassium contents reached only about 182.7 ppm and 591.5 ppm, respectively.

Studies have proven that these soil elements are crucial in the life of vegetables and other high value commercial crops. Phosphorus and potassium are known to help plants develop strong roots, stems, ﬂowers, and bigger and juicier fruits, especially during cool weather. It is necessary that plants have a substantial amount of these essential soil elements throughout their life cycles.

An insufﬁcient amount of these two important elements will stunt the growth of plants and lead them to produce small and narrow leaves, and have weak stems and roots.

ITS EFFECTS ON EGGPLANT AND KANGKONG

In his experiment, Malab found that kangkong and eggplants fertilized with KBC and vermicompost were healthier than the control plants which did not receive the treatments and those which were applied with sole organic fertilizer and KBC.

Also, kangkong plants fertilized with KBC and vermicompost were heavier than the other test plants which did not receive the treatments. The main test plants subjected to this new intervention reached an average of 95.9 grams (g) per plant, while those which received sole organic fertilizers reached only an average of 86.3 g per plant.

The same effect was observed in the kangkong plants, whose tops became bigger and longer than those produced by the control plants and those that were fertilized with sole organic fertilizer. The tops of test plants that received the new technology intervention reached an average of 15.9 centimeters (cm), while those which received sole organic fertilizer produced tops with an average measurement of 12.7 cm.

The control plants produced the smallest tops, which averaged to only 4.1 cm, while those which received only sole KBC produced tops with an average measurement of 6.34 cm.

Dr. Malab also used corncob charcoal to test if their use had the same effects on the test plants. He tried mixing crushed corncob charcoal with vermicompost and applying this to the soil intended for kangkong and eggplants. However, the results were not as good as those he got from the use of combined KBC and vermicompost.

For  users to get the maximum beneﬁts from the combined products, Dr. Malab recommends a 1:1 ratio of vermicompost and pulverized KBC for a one-hectare farm of eggplant or of any other high value commercial vegetable crop. For instance, if the fertilizer requirement of a one-hectare eggplant farm is 8 tons of bio-organic fertilizer, reduce the amount by half and make up the remaining half with KBC.

During the experiment, Dr. Malab noticed signiﬁcant effects of the applied inputs on the plants at 60 days after transplanting (DAT). The test plants were taller than the control plants and those that only received sole ordinary organic fertilizer and KBC.

Eggplants fertilized with KBC and vermicompost gave a yield of 10 tons per hectare, while those in the other test plot, which was applied with a mixture of ordinary organic fertilizer and pulverized corn cob charcoal, gave 7.9 tons per hectare.

Meanwhile, the eggplants fertilized with a mixture of ordinary organic fertilizer and KBC yielded 9.7 tons per hectare, while those which were applied with sole vermicompost yielded 9 tons per hectare. The control plot, which did not receive any of the treatments, gave a yield of 8.5 tons of fruit per hectare. That’s not all. Eggplants fertilized with KBC and vermicompost produced broader and healthier leaves than those in the different test plots.

What are Stingless Bees?