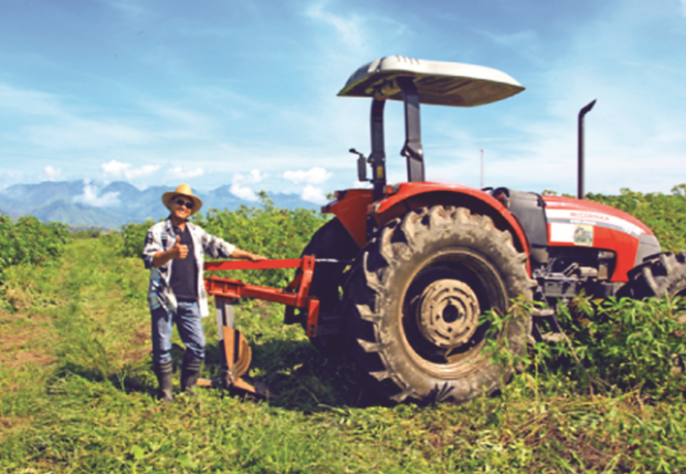 Reasons that motivated a corn grower to try cassava and all the things you need to learn when digging for cassava.

Cyril Cattiling, who owns a six-hectare cassava farm, smiles when discussing how he produces cassava. One secret he agreed to share is how he gives his crop TLC (tender loving care). He believes that with TLC, he and his fellow farmers in Alfonso Lista, Ifugao can have a bountiful cassava harvest.

A proud father and husband, Cattiling is a hands-on cassava grower. He is also the president of the Ifugao Tapioca Growers Association (ITGA) and farm manager of the Yao Jia Xi Corporation, which supplies cassava granules to the San Miguel Corporation (SMC).

The ITGA started in 2015 to organize all cassava growers in the municipality. It is composed of 75 members. Meanwhile Yao Jia Xi, a farming corporation, gives planting materials to and shares technology with farmers who are members of ITGA.

The cassava granules bought by SMC are transferred to their feed processing center in BMEG Isabela. The company sees to it that their protocols are followed. The cassava must be fibrous, with only 3% dust. Unlike corn, granulated cassava does not easily rot if watered because cassava doesn’t have oil content.

There are two kinds of cassava varieties grown by ITGA: KU50 and Golden Yellow. Both varieties are for industrial purposes. The KU50 is for feeds while Golden Yellow is for human food. According to Cattiling, it takes one year to plant the KU50 variety, while it only takes seven months for the Golden Yellow variety to be fully grown for food consumption.

CASSAVA AS A PROFITABLE BUSINESS – Farming has always been Cattiling’s main source of income. He started cassava production in 2012, shifting to it from corn farming.

Just like him, his fellow Ifugao farmers were once corn growers. But because of the high production cost of corn, some of them diversified to cassava production. Cassava has better economic benefits. “Cassava [production] offers a better income compared to corn,” said Cattiling, noting that this is true even though cassava is harvested just once a year. One hectare of corn earns him ₱25,000 while cassava gives him ₱130,000 per hectare from a capital of ₱30,000. With good land preparation and available markets, cassava can be profitable.

It used to take 30 laborers two to three days to harvest cassava on a one-hectare farm. With the cassava digger, it only takes four hours of harvest.

A BIG CHANGE – Before, the manual harvesting of cassava required 30 laborers to harvest one hectare. It was a major problem because of labor shortages in the municipality. People had their own farms to tend. It was difficult to find laborers who were willing to be paid ₱200 to do the work.

The ACT (Machineries and MetalCraft) Corporation is the partner of the Philippine Center for Postharvest Development and Mechanization (PHilMech) in the development of the cassava digger. In 2014, Cattiling was attending a Corn Congress in Tagaytay when he saw the digger. He liked the performance of the machine, which ACT introduced to him. According to Cattiling, the partnership between him and ACT started even before he became a member of the Yao Jia Xi Corporation. He recalled that when he was still managing his own farm, he bought machine parts from ACT.

Cattiling admitted that a lot has changed since he used the digger. It lessened the number of laborers needed as well as the days required for harvesting cassava. It used to take 30 laborers to harvest cassava working over two to three days to harvest a one hectare farm of cassava. With the cassava digger, it just takes four hours of harvesting. Now, only 15 laborers are needed to harvest a hectare, and they needn’t overexert themselves as the mechanized process takes many tedious tasks off their hands.

Aside from owning a six hectare farm, Cattiling also manages a 100-hectare farm rented by the Yao Jia Xi Corporation from the Ifugao State University for cassava production. According to him, with the cassava digger performing the major tasks, digging a 100-hectare cassava farm is a lot easier and faster.

The income from the rented farm is being used for their social corporate responsibility projects. They give school supplies and IT materials to daycare centers and elementary schools. Cassava and dragon fruits are the main products of the farm.

He is really thankful to PHilMech for sharing their technology. “It is such a huge help, not only for me but also [for] the laborers. For other growers out there who want to use this kind of machine, you must really try it. It’s really convenient. To see is to believe.” he added.

What’s the secret of success in cassava farming?

Achieving success is not an overnight process. Handling a six hectare farm is not easy, especially in their municipality where there is a labor shortage. “You just have to be patient and caring when it comes to your crops. You must also be handson [when it comes] to your farm and know exactly what your laborers are doing.”

Cattiling believes that growing cassava with TLC and proper technology like the cassava digger are the reasons behind his bountiful harvest of cassava.

From Eyesore Lot to Lush Veggie Garden in Malacañang Park 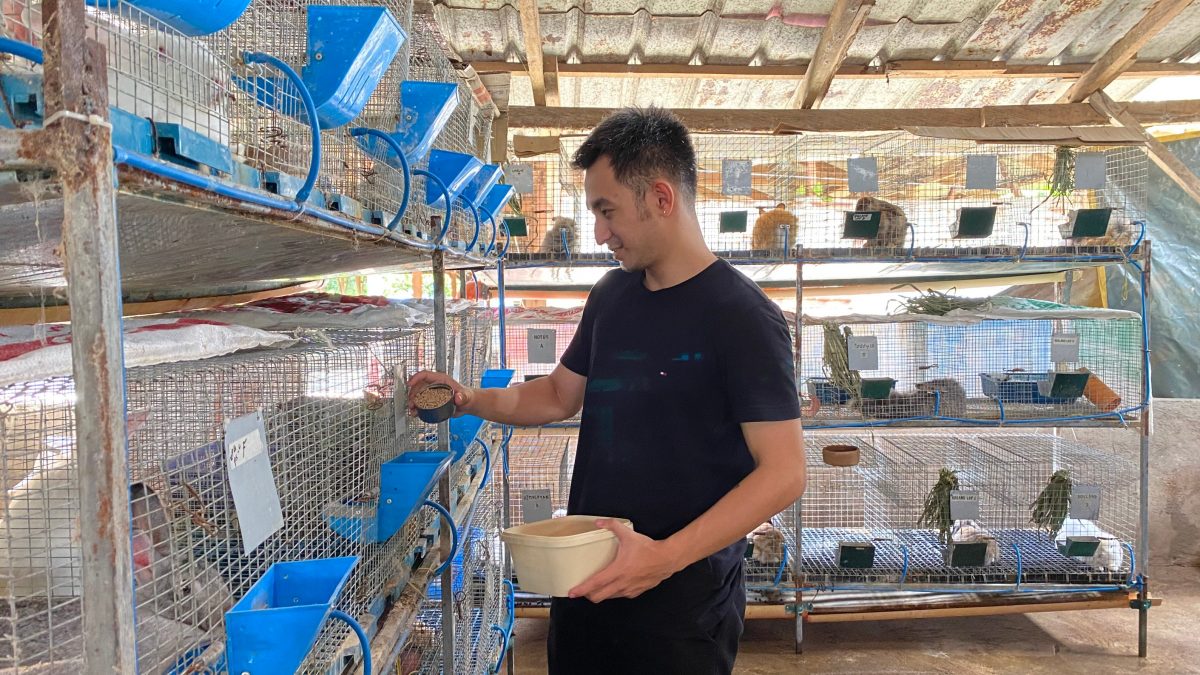