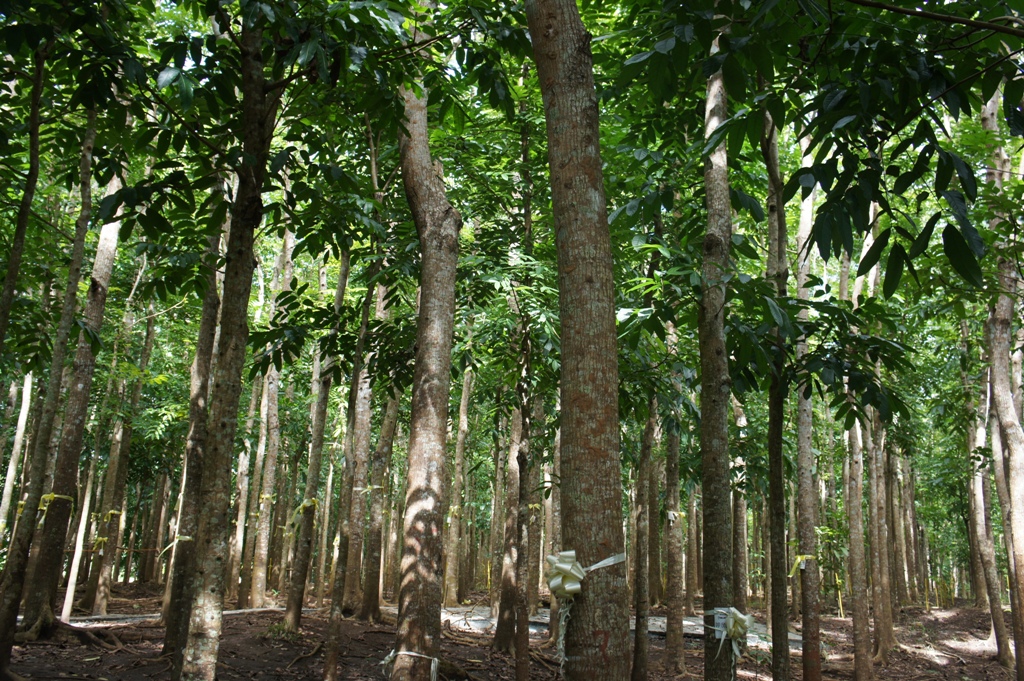 Reasons why a certain family got involved to agriculture and what they went through pursuing it.

The Menors are a closely-knit family that loves to travel, and one of their favorite destinations for their frequent family trips was Tagaytay, which is easily accessible from Manila, offers gorgeous views, and has great weather.

On one of their trips, they were told of a partially developed plot of land ideal for setting up an integrated organic farm, which piqued their interest since patriarch Willie and matriarch Jeannie have always been farmers at heart and dreamt of retiring to a nearby province. They were always very interested in agriculture, and enjoyed caring for birds and animals in their Quezon City home.

It would take some time before the Menors finally got to see the nearly 3-hectare lot—and they immediately fell in love. It was already planted with a wide assortment of trees: coconut, banana, jackfruit, guyabano, mango, guava, santol, cashew, dalandan, and avocado. There were also some coffee trees, pepper vines, and mahogany trees planted along the perimeter. But what sold them was the beautiful river with clear, unpolluted, clean water located inside the property. They decided that the Magallanes, Cavite property was right for them, and upon purchase, named it “Tierra del Menor.”

Soon they found themselves busy, spending their weekends there: they started with clearing and fencing, then built a 3-bedroom house to allow them and their children to spend their Saturday nights on the farm whenever school and work permitted. They next built a native pavilion as an extension for parties and an accommodation for friends and guests who would soon flock there during weekends.

They then moved in their dogs, pigeons, parakeets, and lovebirds, building doghouses and an aviary to house them. The Menors also planted some ornamental plants, integrating vegetables between the trees and banana plants, and built a pathway going to the river. Willie was so enthusiastic about establishing an integrated farm that he continued to add more animals to the farm: native chickens, geese, ducks, turkeys, and even ostriches, plus native pigs, goats, and cows.

As the couple are still in their middle years and their children are still in school, retirement will not come for a while. But Willie knows that the integrated farm needs a project that can provide sustainability and income in a short turn-around period. He read about Aven Nature’s Farm and Rabbit Farming in Agriculture Magazine, which he subscribes to. Convinced that rabbit production was the project they needed, Willie and Jeannie went to visit the rabbitry in Baliuag and attended the seminar on rabbit farming conducted by Art Veneracion.

The Menors immediately set up their rabbitry and made projections as to investment returns; they have scheduled expansions to be able to supply market demand. The farm now has 200 does and 24 bucks as breeders, and they hope their production will eventually be able to meet the growing demand for rabbit breeders in Southern Luzon and eventually, allow them to supply the meat market.

Other projects are continuously being implemented at the farm. The dragon fruit, papaya, and vegetable plantations should provide for the short term needs for supporting the farm. Other fruit-bearing trees like calamansi, longkong lanzones, langka, guyabano, and rambutan are projected to provide the mediumterm return on investment. The mahogany trees are projected to provide for the couple during their retirement years.

Willie and Jeannie found happiness on their weekend farm. They believe their projects should be able to sustain the farm and generate enough income to see their children through professional school, and look forward to the day when they can finally retire and be fulltime farmers and permanent residents of Tierra Del Menor.