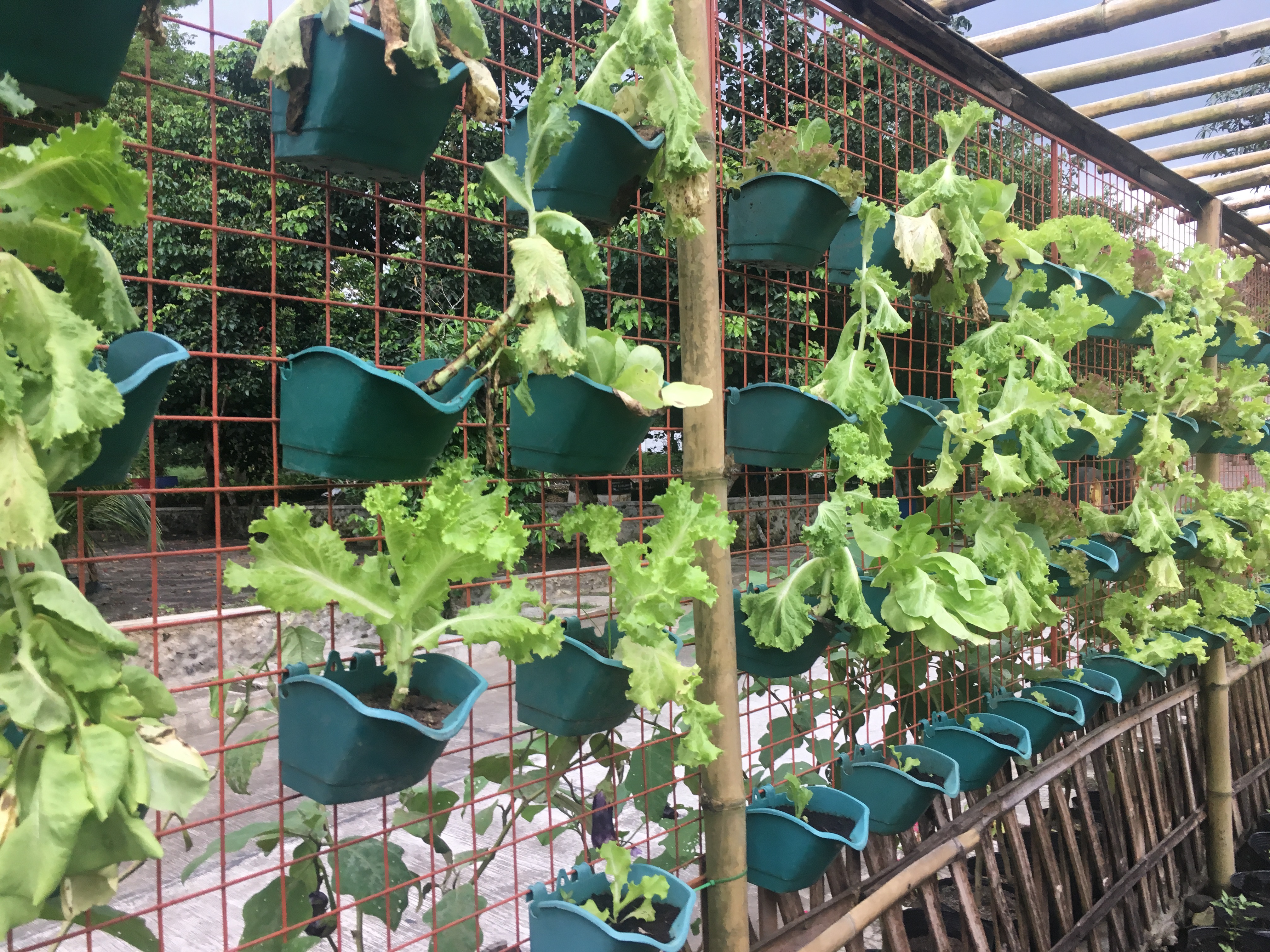 The provincial government of Albay is amping up its focus on agriculture.

The province of Albay in the Bicol region is known for many things–its proximity to Mt. Mayon (which makes for wonderful views of the only perfectly cone-shaped volcano in the world), its production of pili nuts, and its love of spicy cuisine (Bicol express, anyone?). Now Albay governor Al Francis Bichara wants to add something else to the list of things associated with Albay: agriculture.

The cacao idea endeavor came about because of the growing need for cacao suppliers worldwide. “Indonesia is the biggest supplier, but Indonesia also can’t sufficiently supply to the market,” he says. “We are encouraging farmers to intercrop cacao with coconut. Coconut trees are planted 10 meters apart, sometimes more, and there are no plants in between. Intercropping (cacao will mean) additional income. If you happen to have one hectare of coco land, you can make it up to two hectares ((of productive land) by intercropping a cacao. That’s the same thing that I suggested for pili nuts before. But cacao has more potential than pili because the cacao market is enormous.”

The province is putting up a cacao processing center to further help Albay’s cacao farmers. “We’ve already build the fermentation facility,” Gov. Bichara says. The facility will also have a roasting machine, a shelling machine, and a milling machine. It will be able to produce fermented, processed cacao beans and powder. This will be a considerable addition to the province’s cacao industry, which, traditionally has been limited to tablea (drinking chocolate) making.

The pili nut (Canarium ovatum), one of Albay’s most iconic products, is actually the seed of the pili fruit. It is most commonly sold covered in caramelized sugar as a special kind of peanut brittle.

What used to be a quaint provincial treat is currently gaining a resurgence. “It (was taken) for granted… but (people have) started experimenting on it. Some people are trying to extract its oil, and some entrepreneurs have started experimenting (with using pili shells to make charcoal),” the governor says. “We have a pili center in Albay. That’s where the mother’s trees are.”

There are also ongoing endeavors to market the pulp of the pili fruit as a savory delicacy. “It has a distinct taste,” he adds.

A cooked pili fruit: Its pulp has a distincitve taste.

This doesn’t mean that people have abandoned the concept of pili as a sweet snack. Far from it. “We have so many chefs now who are innovators and they experiment with anything,” Gov. Bichara says proudly, referring to the province’s burgeoning interest in culinary arts, particularly in Legazpi City, which boasts a lively restaurant scene.

One of the provincial government of Albay’s pet projects is the Albay Farmer’s Bounty Village–15 hectares dedicated to the testing, propagation, and promotion of agriculture. The Village will house the provincial office, an agricultural veterinary clinic, a farm school, an e-library, a laboratory, greenhouses, and orchards. A deep well was constructed to provide water to the entire property. This will be supplemented by the collection of rainwater. Solar panels will be used as much as possible instead of electricity.

The Village isn’t a product showcase for tourists; it’s a working farm to show farmers the opportunities that agriculture can bring. “I’m adopting a principle of ‘to see is to believe.'” the governor says. The Farmers Village will be a place where farmers can visit, see results, and speak to experts about the best way to cultivate them in their area. “We’re also putting up a training center,” he adds. “Some people have a passion for planting but they don’t have (knowledge or) technology. So, those who are interested, we will be training them. And they can stay there, there’s a dorm.”

Hoop houses are but some of the structures in the Albay Farmer’s Bounty Village that will be used to show vissiting farmers the potential of different crops.

It will also be a venue for farmers to sell their organic produce. There are plans for an annual agri fair, as well as for a cafeteria that serves food made with local ingredients.

Gov. Bichara sees a lot of potential in agriculture on a local level. “We have a growing population and also a generation interested in culinary (arts). A lot of people are also health conscious. Instantly, we have different markets,” he says. “Our production is not for export. We have a number of malls and supermarkets–those will be our market.”

His plan is ambitious, but doable, banking on the current trend of local, organic, and Instagrammable. “Millennials use social media. They ask, ‘Where can we find this recipe? What are its ingredients?’ Now we can provide (it to) them,” he says. “There are always young people who are really interested in farming… They have their own set of ideas that is different from the old school… There are young entrepreneurs now.”

The Farmer’s Village will continue to support the national government’s rice initiative. They will also be experimenting with new kinds of fruits and vegetables, as well as producing cultivars of local favorites like makopa, pomelo, and jackfruit. “We have an abundant supply of jackfruit. They sell dried jack fruit in Vietnam. We want to do it here also, so we bought a dryer and (plan to show farmers) how to use (it). It’s just a matter of packaging,” Gov. Bitchara says.

A Future in Agriculture

All this is part of getting the province of Albay ready for the future. “We might end up as a federal region, (and) I’ve been thinking (about) how can we survive. We have to be more productive so we can raise revenues and provide more employment… We might end up supplying Metro Manila,” Gov. Bichara says. “We are even experimenting on strawberries… (The government) concentrates on rice, corn, and coconut, so I said, let’s diversify.”

All these plans are not without challenges. “So far, everything is manageable, except we don’t have enough resources, so we have to rely on the national government, especially when it comes to infrastructure. It’s the only way we can transport our products to where the market is. We need a cheaper mode of transportation,” Gov. Bitchara explains.

Still, the governor is positive about getting good results. He’s making it easy for Albayanons to take up agriculture. “I have attracted people. I have been telling even the senior citizens that the best therapy if you are already in the senior age is gardening and farming,” he says. “We will provide all the seeds. We will provide garden tools for them. Even for just backyard farms, we will provide support. It’s a good therapy. The local government will provide what they really need.”

In terms of provincial growth, Governor Bichara believes that agriculture is one of the ways to go. “I wish people would appreciate what we are doing… Give me about until next year and they (will be able to) start appreciating this,” he says. “Perhaps a lot of people will be more interested in providing us with more technological support, (such as in) processing or packaging. Everybody will be happy with what we are doing, and then more people will be more interested to visit our place.”