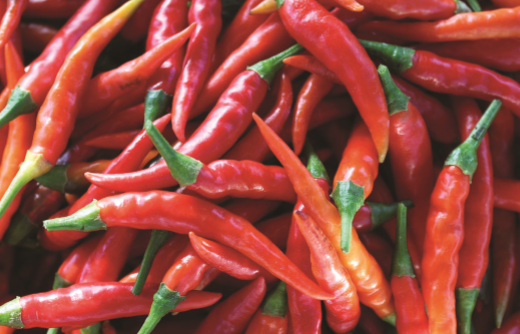 Learning the techniques in controlling Fusarium wilt found in vegetables and the wiltcure as an alternative to bio-pesticides.

Fusarium Wilt generally attacks vegetable plants like tomato, eggplant, and hot pepper. It enters through the roots and interferes with the water conducting vessels of the plant, causing wilting, yellowing, and browning of the leaves.

Fusarium wilt enters through the roots and interferes with the water conducting vessels of the plant, causing wilting, yellowing, and browning of the leaves.

Caused by Fusarium oxysporum, a soilborne pathogen, it is a major disease of many solanaceous crops, which include tomato, eggplant, and chillies, among others.

Conventionally, Fusarium wilt is controlled using chemical pesticides. However, the prolonged use of synthetic chemicals reportedly degrades natural soil nutrients, and can contaminate the environment.

Studies have showed that biopesticides are the best alternative to reduce the use of synthetic chemicals. Biopesticides are derived from natural sources such as plants, fungi, bacteria, and other nonman-made synthesis. They are easier to use and claimed to be environment-friendly.

There is a possibility that WiltCure can also control Fusarium wilt in banana, ginger, and other crops.

EFFECTIVE CONTROL – WiltCure was developed in response to the need for biopesticides. It is reported to effectively control Fusarium wilt in tomato, eggplant, and hot pepper, resulting in the more vigorous growth of the plant and higher yield.

The effectiveness of WiltCure was the key finding of the project called “Callus and microbe co-culture as a novel source of biopesticides against major agricultural pests and diseases.” The project was funded by the Department of Science and Technology (DOST) and monitored by the Philippine Council for Agriculture, Aquatic and Natural Resources Research and Development (PCAARRD), an attached agency of DOST.

Field experiments showed that height and fruit yield were higher in plants that were treated with WiltCure.

According to project leader Dr. Eufrocinio C. Marfori, WiltCure is a biopesticide which was formulated after a series of laboratory and pot and field experiments carried out at the National Institute of Molecular Biology and Biotechnology of the University of the Philippines – Los Baños (UPLB-BIOTECH).

In a project report submitted to the DOST-PCAARRD, Marfori indicated that the product was developed after a co-culture consisting of potato callus and microbes showed the highest inhibitory activity against the pathogen. This co-culture was formulated into a biopesticide in dry powder form and was named WiltCure.

The project’s researchers reported favorable results when WiltCure was evaluated under greenhouse and field conditions. Toxicity tests showed that it is non-toxic to mammals and to both terrestrial and aquatic invertebrates. Pot experiments showed that plants treated with WiltCure have better plant height and fruit yield.

Likewise, the height and fruit yield were higher in plants treated with WiltCure.

The researchers recommended further testing of the effectiveness of WiltCure not only in one location but in other regions as well. They reported the possibility that WiltCure can also control Fusarium wilt in banana, ginger, and other crops.

This research project is one of the components of the program “Development and promotion of enhanced and new biofertilizers, biostimulants, and biopesticides for increased crop productivity” of UPLB-BIOTECH.