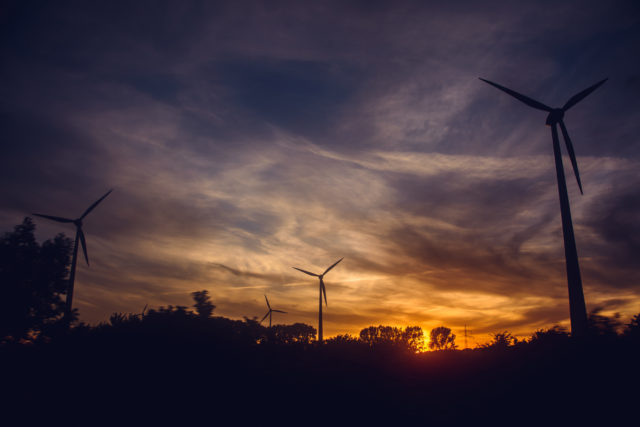 Getting to know how hybrid renewable energy works as a source of electricity in Palawan.

The facility, a 25.5 kilowatt (kW) hybrid renewable energy power system, was built through the help of USAID’s Climate Change and Clean Energy project. It consists of a biomass gasiﬁer, solar photovoltaic system, and wind turbine.

It was recently inaugurated by USAID’s Joseph Foltz, acting director for environment, energy and climate change ofﬁce, together with ofﬁcials of the Department of Energy and local provincial and municipal ofﬁcials.

Sitio Green Island is one of the smaller villages in the country and is categorized as a ‘missionary’ area (areas that are not connected to the main transmission grid). Missionary areas are often powered by small generator sets run by diesel or bunker fuel; this setup has been proven to be costly despite providing unreliable service. Some missionary areas are too remote from power grids and have relatively small populations, making it harder for electric power systems to be established for them.

USAID/Philippines Mission Director Gloria D. Steele said in a message: “The renewable energy system was initiated in support of the Philippine government’s ‘energy reform agenda, energy access for more’, which aims to provide electricity for Filipinos from all parts of the country…We hope this pioneering initiative will be replicated so that more communities, especially in remote areas in the country, can have access to electricity and (that this can) help contribute to their economic development.”

The project is being implemented in partnership with the local government of Roxas and the Palawan Center for Appropriate Rural Technology, which will eventually own and operate the hybrid renewable energy power station. The pilot project will result in the electriﬁcation of over 50 households in Green Island’s Zone IV, the area farthest from the diesel-generator set. As part of the sustainability plan, the project includes an ice ﬂake machine maker to help preserve the catch of the ﬁsherfolk and a reverse-osmosis machine as a source of potable water for the residents of Green Island.

The establishment of the hybrid renewable energy power system was made possible through a grant awarded to Solutions Using Renewable Energy, Inc. (SURE) under the USAID-Clean Energy grants program. The Green Island project is one of the six grants of USAID’s Clean Energy project which promotes renewable energy for utilization in the power and transport sectors.

Taguig City in Metro Manila is a Big Producer of Melons

Winning the War Against BCR in Papaya