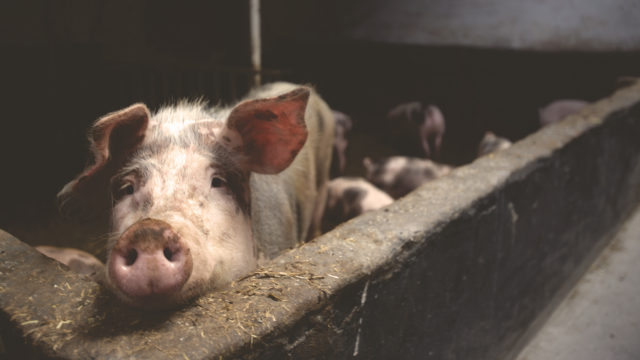 Embracing new opportunities and looking through the industry of swine and  in the Philippines.

Many Filipinos may not realize it but local swine production is a staggering ₱191 billion industry. In fact, it is considered the largest among the livestock and poultry industries of the Philippines.

Swine production even ranks next to rice, contributing 18.28 percent to the total value of agricultural production. The Philippine swine industry is ranked eighth in the world in terms of the volume of pork production and number of breeding sows. It plays a major role in ensuring the country’s food security by providing about 60 percent of the total animal meat consumption of the Filipinos.

ADDRESSING CHALLENGES TO THE INDUSTRY –  But do you know about 65 percent of the pigs in the Philippines are kept by smallholder pig raisers? And despite being dynamic and technologically advanced, the local pig industry is still confronted with the problem of inefficient production.

This is because of low sow productivity, high mortality due to inefficient diagnostic tools, and lack of native pig genetic resource conservation, improvement, and utilization initiatives.

To address these concerns, the Philippine Council for Agriculture, Aquatic and Natural Resources Research and Development of the Department of Science and Technology (PCAARRD-DOST) supported various research and development (R&D) initiatives through the Industry Strategic science and technology (S&T) Program (ISP) for Swine.

The program aims to address the current problems by developing technologies and systems that are expected to improve the productivity and production efficiency of the swine industry in the country.

Through these initiatives, the program seeks to create new opportunities and increase the overall competitiveness of the Philippine swine industry.

GENE MARKER TECHNOLOGY – To increase sow productivity, the Philippine Carabao Center (PCC) and Bureau of Animal Industry (BAI), in partnership with the Accredited Swine Breeders Association of the Philippines (ASBAP), developed the application of gene markers in breeding and selection of breeder pigs.

This activity has optimized 10 gene marker protocols associated with large litter sizes, fast growth rate, and improved meat qualities, as well as seven markers for the screening of genetic defects and disease resistance.

The adoption of gene marker technology by swine breeder farms is expected to increase productivity and efficiency in terms of the number of pigs weaned and live-weight produced per sow per year.

The adoption of gene marker technology by swine breeder farms is expected to increase productivity and efficiency in terms of the number of pigs weaned and live weight produced per sow per year.

Because of this, the CLSU has forged memoranda of agreement with three Regional Animal Disease Diagnostic Laboratories (RADDLs) of the Department of Agriculture institutionalizing the LAMP assays as part of their routine diagnostic protocol. In addition, a pilot laboratory was established for the production of PED RT-LAMP test kits at the CLSU. Apatent for the PED RT-LAMP test kit has already been applied for, while trademarks for the logo and tagline were registered at Intellectual Property Office of the Philippines (IPOPHIL).

FARM MANAGEMENT – To improve farm productivity through better farm management and decision making, a web-based group monitoring system for pigs was likewise established. To monitor the efficiency of the technique, a cooperating commercial piggery farm is currently testing the system.

The data and/or image transmitted from the system can be viewed in real time using a desktop computer at the farm’s office. In addition, a smartphone application was also developed that can estimate the body weight of pigs using captured images.

In response to the need to implement a pork trace-ability system from pen to plate, a computer software system was developed for tracking animals inside the farm, and from the farm to the slaughterhouse gate by using the RFID or radio frequency identification.

Furthermore, to detect the presence of other meat aside from pork in a product, a DNA-based species authentication technology (PCR-polymerase chain reaction) was developed. Experts say that the technology can detect meat from pig, cattle, goat and horse.

The development and improvement of the Philippine native pig breed is expected to provide sustainable livelihood opportunities for rural farming communities in the country.

IMPROVED BREEDING TECHNOLOGIES – For the development of the native pig breeds in the Philippines, an initial breeding population was established and criteria for selecting of breeder native pig were developed.

Also, the native pig free-range management protocol is being developed.

To provide the feed requirements of the native pig, forage or pasture areas were established and maintained.
The development and improvement of the Philippine native pig breed is expected to provide sustainable livelihood opportunities for rural farming communities in the country.

IMPROVED PROCESSING – In a related development concerning the utilization of native pig meat, the processing techniques for the production of “Etag” were also established following food safety requirements and quality control protocols.

This meat delicacy is indigenous to the people of the Cordilleras. It is usually processed through the curing of the meat from a native pig using salt prior to sun-drying or smoking for preservation. The resulting product is usually used in the preparation of soup dishes like the native “pinikpikan” or monggo, and is sometimes mixed with vegetables.

Etag that is processed using standardized techniques comply with the food safety standard for microbial count of E. coli, Staphylococcus areus, and the absence of Salmonella.
The production of convenient Etag-based products such as cubes, powder and granules, and liquid seasoning were also developed.

To boost production, an Etag processing facility was established at the Benguet State University (BSU). This was implemented by the Highland Agriculture and Aquatic Resources Research and Development Consortium (HARRDEC) and funded by the PCAARRD-DOST. With this, Etag can soon be enjoyed by everyone in the country, and this delicacy may become part of mainstream Filipino cuisine.