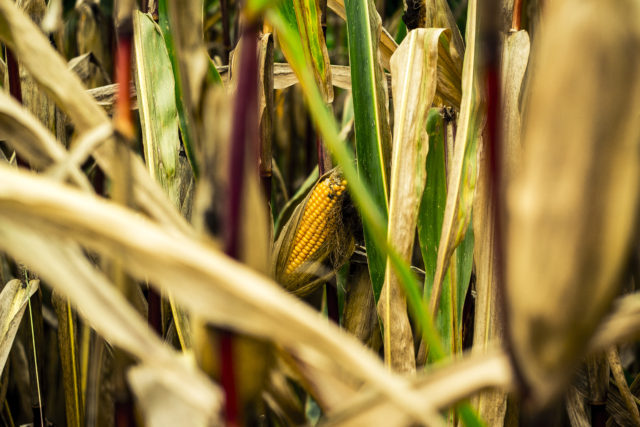 Learn from the perspective of 3 sweet corn farmers and know what they gone through to become successful in their agri-business.

Three men with very humble beginnings have proven that hard work and a lot of common sense can liberate them from poverty. One comes from Bukidnon, the other from Cebu, and the third from Pangasinan.

Rubisper Udal in his corn field.

Rubisper B. Udal from Kulasihan, Lantapan, Bukidnon is a small fellow with a big ambition. Now 34, he used to be a laborer harvesting the rice and corn of other farmers for five years, earning meager pay. Then for two years, he was a sidewalk vendor of fried chicken. He was lucky if he earned ₱10,000 a month.

Many people say that they cannot farm because they don’t have any land. That’s not a problem for Rubisper, who is planting sweet corn and waxy corn on 30 hectares of rented land in Bukidnon. And from the meager ₱10,000 he earned a month as a laborer and fried chicken vendor, he is now earning more than ₱100,000 per month.

Sweet corn and waxy corn, both distributed by East-West Seed are saleable crops that can be harvested in 65 to 75 days from planting. Rubisper has a strategy in renting land. He looks for land that is near a supply of water to make sure his crop will not suffer from drought.

As proof of his improved economic status, he has bought two cars, a delivery truck and a new house. He and his wife Elmaise have two children aged 5 and 11. They are assured of a good education, thanks to their enterprising dad.

Kapitan Sweet Corn – Many years back, Eduardo dela Cruz Jr., 46, of Alcala, Pangasinan, used to drive his old Elf truck to transport the sweet corn bought by traders to the trading post or “bagsakan.” That really did not make him rich because he was paid only ₱1,000 per trip and it was just 5 to 7 times a month.

However, his trips to the market enabled him to meet dealers and retailers of sweet corn and other fresh farm produce. That gave him the idea that there must be a good income to be derived from growing sweet corn. So he decided to be a sweet corn farmer, planting the Sweet Grande variety from East-West Seed.

Aside from sweet corn, he also makes additional income from his agri-supply store and from financing other sweet corn growers.

He quips that sweet corn has made him famous, so people often call him “Kapitan Sweet Corn.” That’s because he was elected chairman of Brgy. Pindangan East in Alcala, Pangasinan.

During the barangay fiesta, Eduardo allots one day for the Sweet Corn Festival. On this day, boiled sweet corn is given free to whoever would like to eat the same. No wonder sweet corn has made him very popular not only in Alcala but also in other parts of the province.

Long Years of Struggle – For many years, life was a constant struggle for 59-year-old Ruperto Capoy Pabroa of Bayabas, Adlaon, Cebu City. He planted alugbati, ginger, and sweet corn on a half-hectare plot of land that was not even his own in 1982. He just gave one-fourth of his income to the owner. His income, understandably, was not much.

Later, the area he was cultivating expanded to one hectare, but what he made was barely enough for the needs of his growing family—then seven children—in 1995. He was making ₱8,000 to ₱10,000 per month then.

By the year 2000, he realized that farming was the best occupation that could provide a better future for his family rather than his previous work as jeepney driver and garbage collector. By then, he had nine children. He devoted his full time to cultivating the one hectare that he did not yet own, planting East-West Seed’s sweet corn as his main crop.

The big turn of events came in 2002, when he decided to put up a farm produce store at the Transcentral Highway where he sold his harvest. The store grew and grew, selling not only sweet corn but also many other vegetables grown by him and other farmers. Eventually, he became a financier of other farmers who grew high-value crops that he sold in his store.

He is so proud that seven of his children have finished college; currently, he is sending his remaining two children to high school and college. Aside from selling farm produce in his store, he has two multicab trucks and a bigger truck that he uses to deliver orders to big buyers in other parts of Cebu. No doubt he has achieved financial security after long years of struggle. No doubt, thanks to his store that grew and grew.

Silage Can Be A Gold Mine For Agri Entrepreneurs