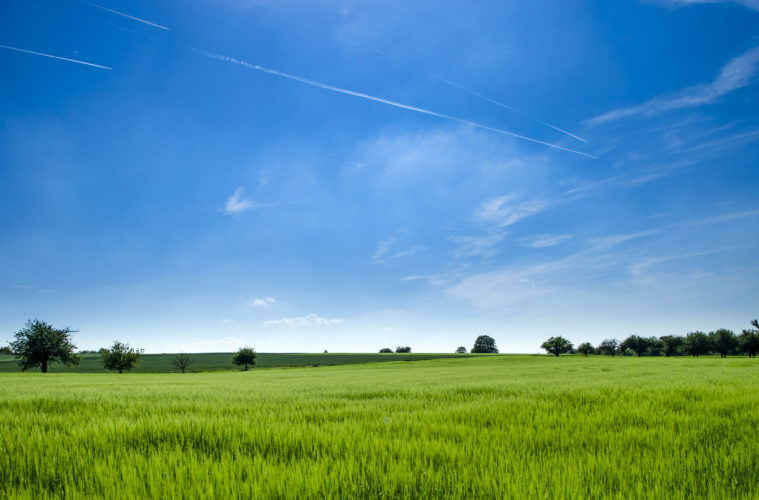 A look on the imported tractors and farm implementations in Isabela, Philippines.

A number of practical farm implements are being fabricated in Isabela by a group of metal works shop operators who were organized to form a company. This is the Central Isabela Agri Manufacturing Corporation (CIAMC), based in Cauayan City.

A boom sprayer mounted on a hand tractor.

The company was formed through the initiative of Agri Components Corporation (AGRICOM), a major distributor of imported tractors, post-harvest equipment, and various farm implements. The idea, according to Eugene T. Gabriel, AGRICOM president, is to produce as many farm implements as possible that are appropriate for use by local farmers. He pointed out that the Philippines cannot yet manufacture its own brand of tractor but at least the implements that are attached to the imported tractors can be fabricated locally.

Among the metalcraft operators who are part owners of CIAMC are Robert Tomas, Oscar Maninantan, Reynante Santiago, Jervin Sioco, and Edmund Mabborang. They have their own individual shops engaged in car repairs, making tricycle sidecars, and providing many other services. They are not schooled engineers but they have mastered their craft of metalworking.

As part owners of CIAMC (which is majority-owned by AGRICOM), they can manufacture together the implements that are marketed by the marketing arm of AGRICOM. By themselves, individually, they could not possibly produce the implements in big numbers for a number of reasons like limited operating capital to finance mass production. Also, each one does not have the marketing expertise to sell their products nationwide. So it is a win-win situation for both CIAMC stockholders and AGRICOM.

A 4-in-one trailer supplying water to a fishpond.

Here are some of the implements that CIAMC has developed so far:

Cassava Uprooter – The implement has been tested by the Agricultural Machinery Testing and Evaluation Center (AMTEC) based in UP Los Baños, and it passed with flying colors. When hitched to a 90-HP tractor, this can uproot cassava from one hectare in just a matter of three hours.

The development of the uprooter is very timely because many of the corn planters in several towns in Isabela and Cagayan are shifting to cassava. Cassava, according to Gabriel, is less risky to produce than corn. It is less affected by typhoons and drought, which are increasingly becoming prevalent due to climate change.

Mechanical Corn Planter – This is a machine that is attached to a handtractor that can plant two rows in one pass. With two workers, the machine can plant five hectares in one day. The corn planter is also equipped with a fertilizer applicator.

Paddy Wheel – This is attached to the wheel of the tractor so that the tractor will not get stuck in the mud while it is being used for preparing the wet field for planting rice.

Cage Roller – This one does not have a similar imported counterpart, according to Gabriel. It is attached to a tractor to break the big clods of earth after plowing, leveling the field at the same time. This eliminates the need to use a carabao-drawn implement to level the field for planting rice.

Boom Sprayer – CIAMC has also fabricated a boom sprayer that can be attached to a handtractor. It can be used in rice as well as corn fields. In one passing, it can cover a width of four meters. It can be used for spraying insecticide as well as foliar fertilizer.

Forage Harvester – CIAMC metal workers have come up with a prototype of a forage harvester by modifying a rice and corn harvester from China. The prototype can harvest forage and at the same time, chop it for making silage or for feeding direct to the animals.

Corn Mill – This can mill one ton per hour for animal feed. The sizes of the milled product can be adjusted to the requirement of the target animals. The desired size of the finished product can be achieved by using the appropriate screen. This can be a money maker for enterprising persons. They can add value to corn by milling. For instance, whole grains can be bought at ₱16 per kilo. When milled, these can fetch ₱22 per kilo.

4-in-1 Trailer – This is a 35-HP tractor that can be mounted with a water pump for irrigation or for supplying water to a fishpond. It can also be equipped with a solar-powered pump, used for providing light at night, and can be used to power a compact rice and corn mill.

Tractor-Mounted Harrow – This is used in land preparation under dry or upland conditions. It is mounted to a tractor so that the clods, after plowing, can be pulverized quickly.

Rice Seed Cleaner – This machine is for rice seed producers. It can process or clean 100 to 150 sacks per hour. It is equipped with an elevator that brings the palay to the hopper and down to the shaker with blower to clean the seeds of impurities like weed seeds and other debris. It costs about ₱175,000.