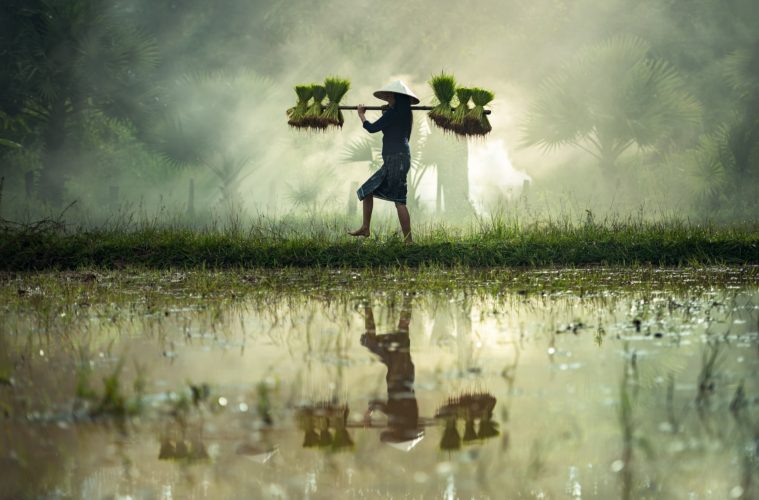 Science News from the NAST

NAST imparting knowledge to the public about science and technology in farming.

THE NATIONAL ACADEMY of Science and Technology (NAST), Philippines recently held its 36th Annual Scientiﬁc Meeting with the theme, “Infrastructure, Information and Innovation for National Development, Competitiveness and Resiliency” at the Philippine International Convention Center in Pasay City, Metro Manila. The NAST is “the country’s highest advisory body of the government and the science community on matters related to science and technology.”

(Left) National Scientists and academicians of the National Academy of Science and Technology (NAST), Philippines. (Facing page) The scientiﬁc posters presented at the 36th Annual Scientiﬁc Meeting of the NAST.

One of the highlights of the NAST meeting was the presentation of scientiﬁc posters on the latest science and technology outputs of our country’s researchers. Out of over 200 posters presented, we found four to be of interest for this column. These four were on the use of mallard ducks for the control of the rice black bug in rice paddies; the wound healing potential of the freshwater clam shell; the antioxidants from durian peel; and the aphrodisiac property of the Ganoderma lucidum mushroom.

Researchers Evelyn Perialde (esperialde@yahoo.com) and Irish Bauzon of the Philippine Rice Research Institute in Midsayap, Cotabato reported on rice-ﬁsh integration for rice black bug (RBB) management. The RBB (Scotino pharacoarctata) is a major pest of the rice plant that is usually controlled with insecticides. The researchers found that herding 200 ducklings of the mallard duck per hectare of irrigated rice ﬁeld was more effective in controlling RBB compared to the use of insecticides. With the ducklings, the rice ﬁelds had an RBB population of 0.63 to 6.67% while those sprayed with insecticides had 1.64 to 35.16% RBB populations.

The net income from rice-duck integration was higher (₱52,220 to ₱65,000/hectare or ha) than that from ﬁelds which used insecticides (₱23,150 to ₱34,410/ha). Deployed in the ﬁeld at 45 to 75 days after the rice seedlings are transplanted, the ducklings feed on the eggs and larvae of the RBB attached to rice plants.

‘TULYA’ FOR HEALING WOUNDS The shell of the freshwater clam (Corbicula ﬂuminea), commonly known as ‘tulya’, has potential use for the healing of skin wounds, according to the poster of May Domingo and Henedine Aguinaldo (henedine_aguinaldo@yahoo.com) of the Mariano Marcos State University in Batac City, Ilocos Norte. The researchers prepared an ointment containing chitin from the shell of the bivalve and applied it on the dermal wounds of white mice. They found that the percentage of wound healing was higher in mice treated with the clam shell ointment than those treated with commercially available medicine. It was also observed that the healing rate of wounds in mice treated with the clam shell ointment was faster than with commercial medicine.

Did you know that the peel of the durian fruit (Durio zibethinus), which constitutes 70 to 85% of the fruit’s weight, has value and should not be discarded? Researchers Aresenia Sapin (asapin@yahoo.com.ph) and Teresita Ramirez of the University of the Philippines Los Banos found that the durian peel has antioxidants (compounds that reduce disease-causing free radicals in the body) like polyphenols. The antioxidants extracted through an enzymatic process were observed to have higher antioxidant activity than ascorbic acid and synthetic antioxidants in the laboratory.

Yogurt supplemented with the durian peel antioxidant extract exhibited no change in color and was well-accepted by tasters in a sensory test. Health foods like antioxidant-enriched yogurt can help reduce the risk of developing chronic diseases, the researchers say.

Researchers Rich Milton Dulay (richmiltondulay@yahoo.com) and co-workers at the Central Luzon State University’s Center for Tropical Mushroom Research and Development in the Science City of Munoz, Nueva Ecija have found that the mushroom Ganoderma lucidum has an aphrodisiac effect on male mice.

A 50% concentration of the hot water extract of the mushroom was given orally to male mice by the researchers. It was found that the mice given the extract were more sexually active than those given the higher concentration (100%) after 30 minutes of the oral administration. This is the ﬁrst report of its kind for a mushroom, according to the researchers.

This story appeared as “Currents” in Agriculture Monthly’s September 2014 issue.