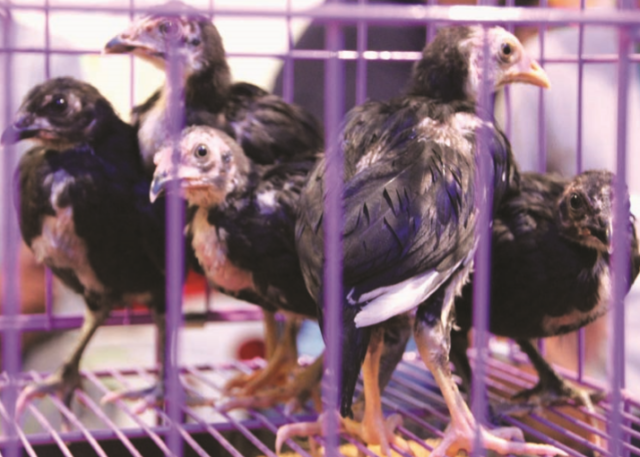 Get to know the factors upon the sustainability in the production of Zampen native chicken.

A significant number of consumers appear to prefer the meat of native chickens over that of commercial broilers because of the former’s unique taste, distinct flavor, and texture, presence of nutraceutical compounds, and lower fat content.

The Zampen Native Chicken FIESTA 2016 – a two-day technology transfer activity to promote Zampen native chicken production as a source of livelihood – was held at the KCC Mall de Zamboanga. The event underscored the importance of the native chicken industry, capitalizing on its benefits and opportunities for everyone.

As they are raised free-range, native chickens are generally perceived as being free of antibiotics and other synthetic chemical residues.

It is one of the four purified native chicken strains developed in a project; the other strains are Darag in Western Visayas; Camarines in Bicol; and Boholano in Bohol.

Implemented by Western Mindanao State University (WMSU), the project is a component of a native chicken program entitled “Purification, Improvement and Sustainable Utilization of Native Chicken Strains in Bohol, Bicol, and Zamboanga Peninsula.” It adopts the technologies and protocol developed by WMSU on the management of the native chickens from hatching, day-old, hardening, and up to the time until the birds become ready for breeding; selecting and purifying the strain; and developing the health protocol and feeding management system.

ENRICHED WITH SCIENCE AND TECHNOLOGY – This could be another meaningful and productive farming activity that is enriched with science and technology. The event, dubbed “Zampen Native Chicken FIESTA,” was initiated by the Los Baños, Laguna-based Philippine Council for Agriculture, Aquatic and Natural Resources Research and Development of the Department of Science and Technology (PCAARRD-DOST). “FIESTA” is an acronym for “Farms and Industry Encounters through the Science and Technology Agenda.”

FIESTA aims to facilitate the flow of technology not only to the farmers but also to the country’s micro, small, and medium enterprises, so that these can benefit from the government’s R&D undertakings, thereby enabling them to contribute more to economic development.

The Zampen Native Chicken FIESTA 2016, which was held at the KCC Mall de Zamboanga last November, served as a major activity to commemorate WESMAARRDEC’s 29th anniversary. With the theme “Manok Zampen: Livelihood Option for Every Juan in the Region,” the event also highlighted the S&T Business Forum which tackled several topics regarding Zampen native chicken production.

GAINS OF ZAMPEN – The gains of Zampen native chicken were boosted by the testimonies of stakeholders, most notable of which was that of Bureau of Corrections’ administrative staff member Wilfredo B. Castillo. He narrated how Zampen native chicken production at the San Ramon Penal Farm in Zamboanga City has provided the inmates with a productive activity and a livelihood opportunity once they have served their sentence.

Native chicken production is considered to be the most competitive and sustainable sub-sector of the local poultry industry owing to its numerous advantages such as low capital investment, simple management system, and the emergence of new markets.

Presenting an additional income source to farmers, and known as a source of high quality meat, native chicken is considered an important component of the country’s rural farming system.

WMSU, as one of the implementing agencies of the Native Chicken Program funded by PCAARRD, has developed sustainable S&T-based options for native chicken improvement and profitable utilization for rural farmers in Region 9 through the development of technologies for breeding and selection, generation of pricing and marketing information, and policy recommendations for the enhancement of native chicken productivity and production efficiency.

This is expected to help promote the growth of the native chicken industry, capitalizing on its benefits and the opportunities it offers everyone.

For more information, visit the PCAARRD or Department of Agriculture.