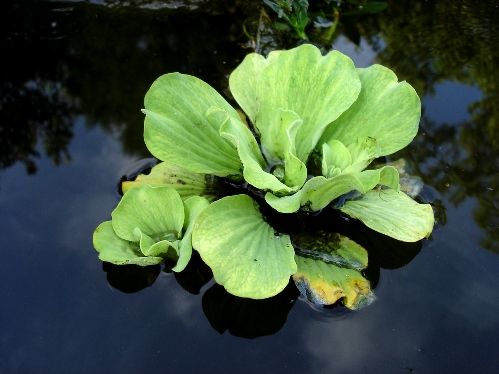 Despite the negativity climate change could give into agriculture, get to know how water lettuce is capable of reducing water temperature of freshwater ponds.

One of the negative impacts of climate change on aquaculture in our country is the high temperature of water in fishponds, especially during the dry season months of April to May. In freshwater ponds that are shallow (less than 1 meter) and without any supplemental water supply from irrigation or pumps, “fish kills” can occur when the water temperature exceeds 32 degrees Celsius.

In an experiment done at the fish farm of Aquatic Biosystems in Bay, Laguna from April to May 2016, the water lettuce (Pistia stratiotes), locally known as “kuyapo,” was used as a shade plant for reducing the water temperature of freshwater ponds and was found to be effective for fish growth during the hot months. The “kiyapo” is a floating aquatic plant that is a common weed in lakes, rivers, and rice paddies throughout the country.

All-male black-chin tilapia (Sarotherodon melanotheron), locally known as the “Arroyo” tilapia. with an average weight of 100 grams, was stocked at the rate of 120 each in the two ponds with the plant cover. The ponds with the fish were fertilized with vermicompost (organic fertilizer) at 1 ton/ per hectare (t/ha). No fish was stocked and no fertilization was applied in the control pond.

Pond water temperature in the three ponds was determined with a maximum-minimum thermometer that measured the lowest and highest temperatures per day in each pond. The fish were cultured for 32 days, and the average weight of the fish in each pond was measured at harvest.

The cost of the PVC pipes for containing the water lettuce used in the experiment was PhP 4,500 for 24% shading of the plant. The pipes can last for more than three years and be replaced by other structures like bamboo rafts. The use of water lettuce for shading ponds is believed to be more cost-effective than the use of fine-mesh netting. Another advantage of using aquatic plants is their ability to absorb fish wastes such as carbon dioxide and ammonia.