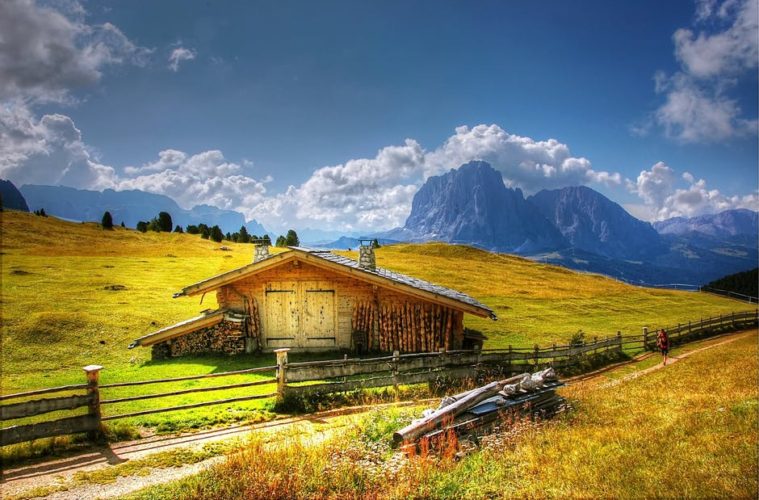 Newly introduced national model for a food secure and ridge-to-reef ecosystem-based rural development in the Philippines.

The town of Inopacan in Leyte, a third-class municipality now being aided in the planting of jackfruit, dipterocarps, and tilapia raising may soon become a national model despite its small size and tiny population of 20,000, as it is food secure owing to “ridge to reef” ecosystem-based rural development.

A NEW APPROACH – Socio-economic development at Inopacan, Leyte is being approached differently by the Southeast Asian Regional Center for Graduate Study and Research in Agriculture (SEARCA). Instead of identifying development sites based on political classification, a SEARCA project is developing Inopacan from farm areas to forests and water bodies.

“The project will focus more on the agro-ecological systems of a potential project site. It will be delineated based on pre-determined ecosystem using the ridge-to-reef approach or landscape continuum.” This ecosystem-based concept follows SEARCA’s model, called “Inclusive and Sustainable Agricultural and Rural Development “ or ISARD.

It is ISARD’s aim that projects in poverty-stricken areas should enable the poorest of the poor in rural areas to get out of poverty, according to SEARCA Director Dr. Gil C. Saguiguit Jr. At the same time, these communities should contribute to conserving the environment.

The ISARD project in Leyte is in partnership with the Visayas State University, Visayas Consortium for Agriculture and Aquatic Resources Program (ViCAARP), and Inopacan’s local government unit.

Under the ridge to reef concept, LGU (local government unit) partners are tapped when the communities they serve are near a “watershed or micro watershed, lake ecosystem including its tributaries.” The concept also determines the choice of beneficiaries based on landscape ecologies of upland, lowland, coastal, and marine ecosystems, including ecotones.

“Geographic information system (GIS) mapping and experts systems developed by ViCAARP will also be deployed to support the project and growers in their decision making processes.”

Several factors have been found to be the keys in making a development model successful. These must found in the ISARD model: problem-solving orientation, community-based, presence of committed local institutions and leaders, and links to policy making.

The Inopacan project has received assistance in various forms from different institutions, such as seedlings from the Department of Agriculture (DA) Abuyog Experiment Station in Abuyog, Leyte. It obtained a loan for these seedlings upon agreement among the growers and co-operators.

DEVELOPMENT INITIATIVES – The “ridge to reef” model raises the success potential of a poverty alleviation project, as communities may easily be tapped for partnerships. Besides, the use of all agricultural, rainforest, and fishery resources would be maximized as the factors of production, such as labor and raw materials, machines, land, and management, are near each other.

Demonstration farms were put up in the last quarter of 2016 at Inopacan. These are a vegetable farm, a tilapia fishpond, and two jackfruit farms. The vegetable plot, measuring 1,000 square meters, was planted to okra, alukbati, and eggplant.

Low-cost protective cover, a technology developed in an Australian Centre for International Agricultural Researchfunded project, was utilized in order to protect the plants from the continuous rain prevalent in the area.

The fishponds are foreseen to be an increased source of regular income for Inopacan residents. “The tilapia fishponds were built in sequence along a stream where crystal clear water [flows] from a nearby spring. Fingerlings were introduced from a hatchery project of the VSU, supported by the district representative, Congressman Jose Carlos Cari,” reported Prof. Rolando T. Bello, ISARD coordinator.

Since good drainage is needed for the excellent production of jackfruit, the jackfruit demonstration farms were placed on sloping areas with increased elevation to allow for good drainage.

Hogs, native chicken, ducks, and goats are being raised as livestock.

MARKET EXPANSION – SEARCA looks forward to helping expand the market for jackfruit from Inopacan since there is already an increased demand for processed jackfruit or “langka” from the nearby Leyte town of Baybay.

The MOA allows BCV-FJP and GM-DJP to use VSU’s technologies in the processing of vacuum fried and dehydrated jackfruit.

SEARCA’s project also addresses problems that were discovered during the Participatory and Rapid Rural Appraisal stage. These are an inadequate irrigation system, lack of arable and fertile open farms as coconut are planted in fertile areas, the local youths’ lack of interest in farming, and low farmgate prices for produce.

Banana products are also eyed as an additional income source for the community. Banana is, in fact, a staple in Leyte. Prospects for selling banana outside Leyte are there as banana is an ingredient for breakfast cereals, which have a growing market.

ADAPTING TO CLIMATE CHANGE – Since Leyte has seen destruction due to Typhoon Yolanda, the SEARCA project is applying climate change mitigation and adaptation strategies in Inopacan. Planting of rainforest dipterocarp trees and other native tree species have started in order to arrest soil erosion and prevent natural disasters.