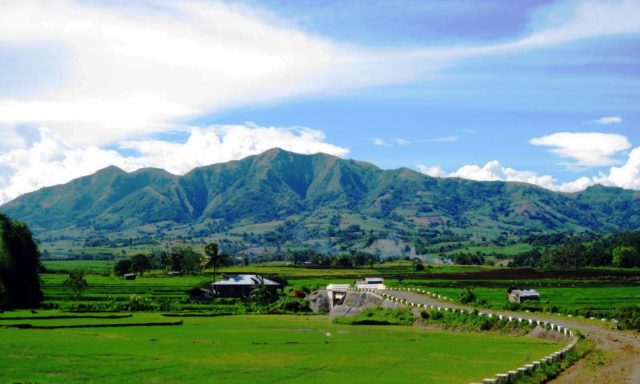 Did you know that vegetables that are normally grown on vegetable terraces in the province of Benguet can also grow very well in the highland areas of Bukidnon?

Highland crops like asparagus, celery, parsley, Chinese cabbage, and the different varieties of lettuce thrive very well in some areas of Bukidnon. One such area where these crops thrive is in Barangay Cawayan in Lantapan town, where the prevailing temperature can be comparable to that in some locations in Benguet.

One farmer who plants these varieties is Adam Maluya Jr., who has a farm in Barangay Cawayan.

Vegetables that are normally grown in the vegetable terraces of Benguet can also grow very well in the highland areas of Bukidnon. Adam Maluya Jr. shows a part of his farm that is planted with different varieties of vegetables like Fanfare and Iceberg lettuce, UC-157 F1 asparagus, Italian Flat parsley, and Ventura celery.

Maluya regularly plants Fanfare and Iceberg lettuce, UC-157 F1 Asparagus, Italian Flat Parsley, and Ventura Celery, among others. He intercrops these with his vegetables from time to time. When asked as to how he maintains the quality of his crops, Maluya says he regularly uses Amino Plus Foliar Fertilizer, adding that the product was recommended by Gregie F. Viaje from Songco in Lantapan, an agronomist who regularly visits him at his farm.

Maluya learned that the product contains effective microorganisms which can impart long-term beneficial effects on the physical, chemical, and biological condition of the soil.

The important role of the microorganisms present in Amino Plus Foliar Fertilizer favored the production of more assimilated macro nutrients, particularly nitrogen and phosphorus. The micro nutrients, which contributed to the proper nutrition of the plants, resulted in the production of fruits and leaves that Maluya harvested from his farm.

Aside from these beneficial effects, it was also learned that the foliar fertilizer that Maluya uses also acts as a natural pesticide because it adheres to the surface of the plants much longer and its scent repels most kinds of insects.

Proper fertilization can provide plants with the nourishment they need as nutrients are continuously depleted from the soil. “With the use of Amino Plus Foliar Fertilizer and proper technology, I’m optimistic that the crops in my farm [will] eventually be revitalized to become more healthier,” Maluya says in the vernacular.

Plants sprayed with Amino Plus will become more resistant to diseases and other stressors in the environment, like extreme drought or flooding. When sprayed, it effectively adheres to the plant’s surface and provides quick supplementation.

Unlike other fertilizers which are derived from fish and other natural sources, Amino Plus Foliar Fertilizer is not processed at high temperatures, thus preventing the denaturation of proteins while retaining amino acids, enzymes, vitamins, and natural oil.

One advantage that Maluya has over the other farmers in the area is that the other members of his family own vegetable distribution stalls in Davao and Cagayan de Oro. This means Maluya earns more because the cycle for selling his produce became shorter, which means the services of some middlemen in the trade were eliminated.