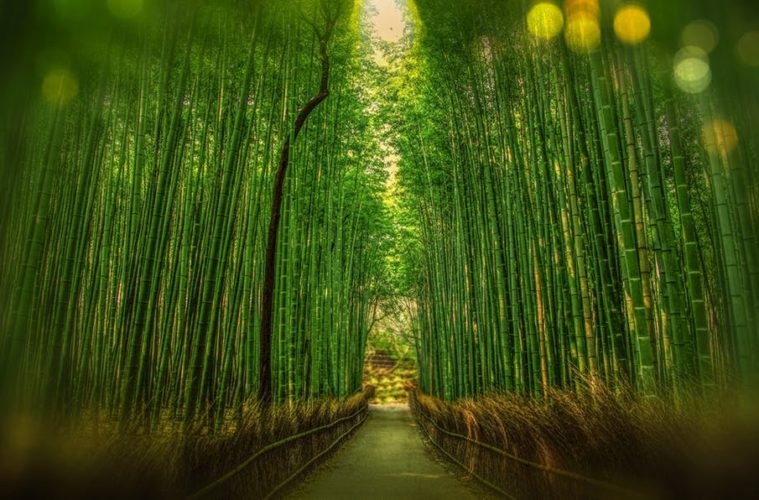 How Bamboo planting is being eyed in Aklan, Philippines as a target for skills building.

A farmers’ bamboo propagation skills building program has been carried out in Iloilo bamboo capital Maasin as part of government’s target of planting bamboo on 3,898 hectares in Region 6 (Aklan, Antique Capiz, Iloilo, Guimaras). Maasin has 50 barangays. It has a total land area of 15,658 hectares.

Farmers in Iloilo have started training on bamboo planting, having been encouraged by bamboo’s high return on investment and quicker payback compared to other long-gestating crops.

It is hoped that bamboo plantations will flourish in Region 6 after the initial bamboo planting training in Maasin, says Ecosystems Research and Development Bureau (ERDB) Executive Director Dr. Henry A. Adornado. “Bamboo is considered to be the best conservation material because of its low maintenance compared to other plantations aside from the fact that there is a high return on investment and faster payback in bamboo.”

The REDD (Reducing Emissions from Deforestation and Forest Degradation) Monitor placed bamboo’s return on investment at 26% based on studied plantations in Central America.

A total of 68 farmers and bamboo industry leaders were trained by ERDB on bamboo propagation, plantation development, and rehabilitation.

Adornado said the Department of Environment and Natural Resources’ (DENR), ERDB’s mother agency, targets the planting of bamboo on one million hectares. It will be part of the extension of the National Greening Program (NGP) which will last until 2022. The enhanced NGP will rehabilitate the remaining 7.1 million hectares of denuded areas in the Philippines using species such as bamboo. “This learning event will help solve the shortage of raw materials for the bamboo industry. This is also in line with the government’s goal of reducing poverty, mitigating climate change, rehabilitating watersheds, and conserving biodiversity.”

The Biodiversity, Coastal, Wetlands, Ecotourism Research Center (BCWERC) urged Region 6 farmers to practice science-based planting systems in order for more bamboo plants to survive. “We are a bamboo-producing region, and we have an abundant bamboo supply in Maasin, Iloilo. But we should plant and grow bamboo in a science-based manner,” said Dr. Alicia L. Lustica, BCWERC head.

Bamboo is considered the “green gold of life” and “grass of hope” with its wide range of application and growing relevance. It can sequester 12 tons of carbon dioxide per hectare per year. It is an effective tool in addressing soil erosion, landslides, and flooding. It is also edible. Its shoots are a source of food rich in fiber, nutrients, and Vitamins A, B, and C.

Aside from its uses for furniture and handicrafts, bamboo is also used in fiber, clothing, pulp and paper production, food ingredients, beauty products, architecture, and construction. To expand bamboo products manufacturing, ERDB has partnered with the Department of Science and Technology and Department of Trade and Industry on value adding and marketing of bamboo products.

Bamboo plants are known to be the “fastest growing woody plants in the world with a growth rate of 24 inches daily, This is because it has a unique rhizomedependent system,” according to Plantations International.

On the other hand, according to My Beautiful Iloilo, “Aside from its household and industrial use, Iloilo, has been experimenting on other possible uses of bamboo. It is used for preparing food. Mixes of tender bamboo shoots are used to clean wounds and treat ulcers. Bamboo leaves are used to fight spastic disorders and bleeding conditions, as well as diarrhea and stomach disorders.”

Bamboo shoots are made of 88.8% moisture, 3.9% protein, 0.5% fat, 5.7% carbohydrates, and 1.1% minerals. “Its amino acid content of bamboo is higher than cabbage, carrot, onion and pumpkin. Bamboo also contains 17 different types of enzymes and more than 10 kinds of mineral elements, such as chromium, zinc, manganese, iron, magnesium, nickel and cobalt.”

Maasin’s major product is bamboo charcoal. The company Iloilo Kawayan Marketing in Maasin produces the charcoal that is considered to be a natural product and is ecologically friendly. “Used as a fuel, it is smokeless and odorless and is best for barbecues. Bamboo charcoal works as a natural fertilizer and pesticide. It is also used as a deodorizer. It can filter tap water. Put pieces of bamboo charcoal in a jug of tap water, then leave it for 4-5 hours. The water in the jug will taste like mineral water.”

With its anti-microbial, anti-bacterial, anti-viral and anti-fungal properties, bamboo charcoal is now used as a soap ingredient. “It cleans the skin deeply. Because of the incredible absorbency of the bamboo charcoal with activated carbon, the soap can clean to the very bottom of skin pores and does not leave a residue on the face. The newly cleaned skin pores can receive natural moisturizing from the body’s oils.” With its ability to clean skin pore thoroughly, it can then moisturize the skin. It is a solution to acne problems. (Growth Publishing for ERDB)