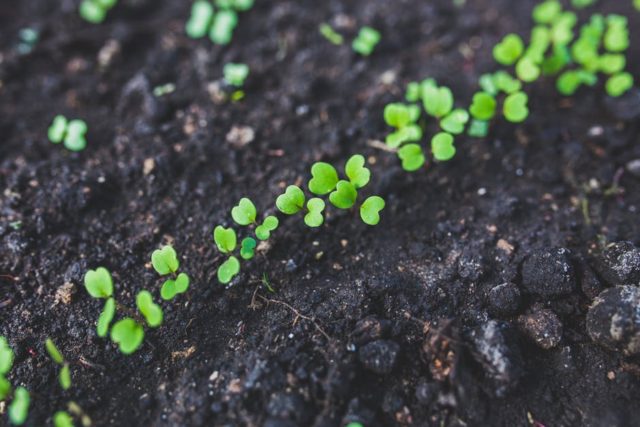 Get to know how seedling production can help a farmer achieve better yields and profits.

The use of quality seedlings has always been considered to be crucial for attaining proper growth and performance of different vegetable crops. Quality seedlings produced in a well-managed nursery will therefore result in better yields and perhaps also in better profits.

The production of quality seedlings can become a profitable backyard venture.

Seeing the potential of this activity, a couple in Barangay Sapang Pahalang, San Rafael, Bulacan, is now involved in the production of quality seedlings as a commercial activity. The husband and wife team of Jimmy and Meriane Alcantara said that their success in producing quality seedlings depends mainly on the kind of seeds that they sow and the farm inputs they use.

The Alcantaras established a vegetable nursery in their backyard for producing seedlings until the young plants become ready for planting on the farms of their clients. On the basis of experience earned, the couple developed their own planting medium, and have since used an organic foliar fertilizer that they say results in a better germination rate during the process of seedling production.

The couple has been using Amino Plus Foliar Fertilizer for cultivating the different varieties of vegetable seedlings like pepper, tomato, eggplant, and papaya in their approximately 500 square meter backyard. Meriane says that the organic fertilizer they are using has resulted in the production of quality seedlings.

The product was introduced to them by Bernie Villaceran, a farm technician from the Global Green Organic Fertilizer, Inc., maker of Amino Plus Foliar Fertilizer.

According to the couple, the technician explained to them that damage to agricultural crops could be prevented or minimized with the proper application of the organic farm input. The seedlings that were sprayed with Amino Plus became more resistant to diseases and stressors. When sprayed, the foliar fertilizer effectively adheres to the plant’s surface and provides quick supplementation.

The use of quality seedlings has a number of advantages compared to direct seeding. These include a shorter growing season and more efficient use of land, improved crop uniformity, more accurate prediction of harvest time, and a better use of hybrid seeds. With the use of quality seedlings, farmers may be able to produce healthier, and more uniform and vigorous crops.

Seedlings produced from cell trays can be used in manual or automatic transplanters, which will allow for field planting without disturbing the root system.

The couple devised a method to protect the seedlings during the rainy season by improvising a simple greenhouse. The Alcantaras have increased the capacity of their nursery, which they said could produce thousands of quality seedlings at any given time depending on the number of seedlings ordered by their clientele.

Through the innovation they devised, and with the input they regularly use, the Alcantaras became not only commercial seedling producers, but also role models for other traditional farmers in their area. The couple shares their technical know how with local farmers on how to properly take care of their vegetable crops with the use of Amino Plus Foliar Fertilizer.