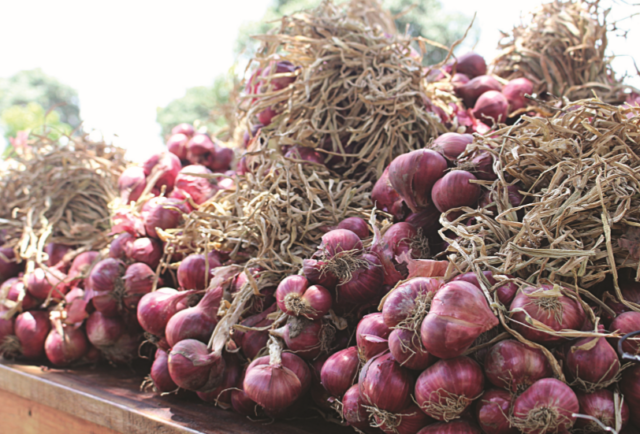 Trying out the new variety that is definitely recommended for Shallot Farmers in the Philippines.

Shallot, locally known as “sibuyas Tagalog,” is a spice crop extensively grown in the country primarily for culinary purposes. In contrast to other onion types, shallot has a milder and more subtle flavor, which makes it a good ingredient for pickling and garnishing.

Typically, shallot growers use mini-bulbs saved from the previous cropping season as planting material. By doing this, farmers believe that they are cutting down on their production costs and saving money.

However, using saved shallot bulbs as planting material entails huge phytosanitary risks because infected bulbs can easily transfer diseases and viruses to the next growing cycle. This can lead to high infection levels on the field, which can negatively affect the yield and quality of the produce. The best way to avoid this undesirable scenario is to use reliable planting material in the form of shallot seeds.

Maserati F1 is a high yielding tropical shallot variety that has been cultivated by many farmers due to its impressive performance in the field. Yolanda Bautista, a shallot farmer from Brgy. Kita-Kita, San Jose City, Nueva Ecija, can attest to the fulfillment she derived from using these seeds.

Bautista says she observed that Maserati F1 was prolific; a month after sowing, they transferred the seedlings, which had grown well. Her co-farmers doubted that Maserati was really a shallot variety given its impressive bulb size and the high placement of the leaves. But when the shallots grew, their doubts were stilled. She noted that the variety’s bulbs were bigger than those of the native variety; two bulbs in a bunch were bigger than multiple bulbs for the native variety.

In addition, there was the ease in management of the variety which impressed Bautista. Once sowed, she reported, all one had to do was wait for it to sprout and it could easily be plucked and replanted, as versus the “many processes” it required to cultivate the native variety—which still would not guarantee seedling survival and entailed additional costs. With Maserati F1, she noted, one only needed to make a single capital outlay for its purchase.

Bautista also praised the ability of Maserati F1 to withstand adverse conditions such as exposure to rain and disease. In her experience, she says she and her husband worried that the new plants would rot after two straight days of rain, but no rot set in, and the variety held fast.

In terms of yield, Bautista is more than satisfied with what she gets, because with Maserati F1, she gets 400 kilos from 100 grams of the variety’s seeds. She said that with the native variety, rain could be enough to kill the entire crop. The size and high quality of the Maserati bulbs also allowed her to command higher market prices for her produce; she remarked on its thicker skin, which so impressed buyers that she was able to ask ₱35 per kilo instead of the usual ₱25 per kilo the native variety sold for.

She and her husband are happy they discovered the new variety and they are considering planting Maserati F1 exclusively. Bautista encouraged other shallot farmers to try it so that they can enjoy the same benefits she has.

Ramgo International Corporation, one of the leading seed companies in the country, offers shallot Maserati F1 seeds to the market.

Seedling Production Can Be a Profitable Backyard Venture