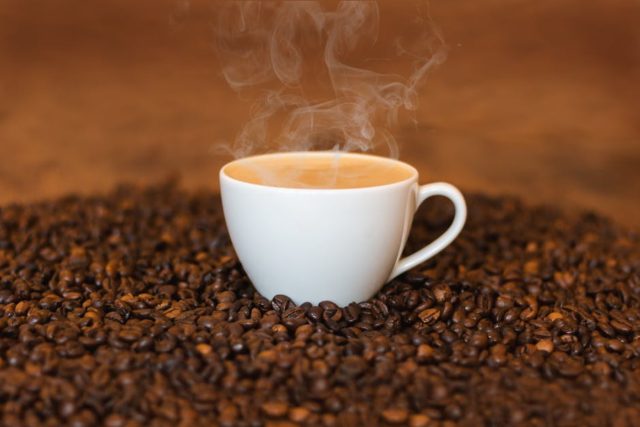 Confronted with an unstable power supply, the Nestlé Lipa Integrated Coffee Center (LICC) has seized the opportunity to make its operations greener and more reliable by installing a pilot solar system that provides power for both irrigation and misting of coffee plantlets in its nursery while using 100 percent recycled effluent from the company’s Lipa Factory.

The system now harnesses the power of the sun in nursery operations to ensure a constant supply of electricity, promote energy efficiency, and reduce costs.

The Nestle Lipa Integrated Coffee Center (LICC) in Lipa City, Batangas makes its operations greener and more reliable by installing a pilot solar system that provides power for both irrigation and misting of coffee plantlets in its nursery, using 100 percent recycled effluent from the company’s Lipa Factory. Far left photo shows some solar modules on a rooftop. At left is the pool storing the effluent which is employed for irrigating and misting plantlets.

The LICC is a model facility for farmer training, demonstrations and trials, plantlet production, and sludge composting, with a station for buying coffee beans from farmers. The nursery has a capacity to produce 300,000 to 500,000 Robusta coffee plantlets per year.

The Agri Services and Corporate Engineering groups of Nestlé Philippines initiated the effort to set up a grid-tied photovoltaic (PV) system for the nursery which was installed in a record 33 days. A local solar company, One Renewable Energy Enterprise, assisted in designing and conceptualizing the project.

An array of 29 Panasonic HIT solar modules was installed, producing 6.81 kWh (each module with an output of 235 w) with an efficiency of more than 18%. Being a grid-tied PV system, the electrical energy generated supplements the main grid. Solar inverters convert the direct current (DC) of the PV solar panels into a utility frequency alternating current (AC). The generated power supplies electricity to the pumps that provide irrigation and mists the coffee plantlets. Additionally, the power produced goes through the grid and is used by LICC’s administrative office for air conditioning and lighting when the irrigation pumps are not running.

The use of this alternative energy source provides not only a stable supply of power but also addresses frequent black-outs during peak consumption periods. The following key outcomes have been reached: reduced dependence on grid energy by generating an estimated annual yield of 7,954 KWh; mitigation of CO2 emissions by approximately 4.31 tons per year; and estimated cost savings of ₱87,494 per year or approximately US$ 1,760.

With a payback period in the average range for solar installations, the project provides a reliable source of energy while avoiding the use of fuel-based generators.

The LICC solar installation serves as a model for farmers and business partners willing to opt for more renewable and reliable sources of energy. Two other Nestlé agri facilities in Mindanao have installed solar PV to supplement electrical energy requirements in their irrigation systems.

The installation of similar solar projects is planned in the other Nestlé Coffee Centers this year.

Grafted Ampalaya Can Give Big Net Profit Per Hectare