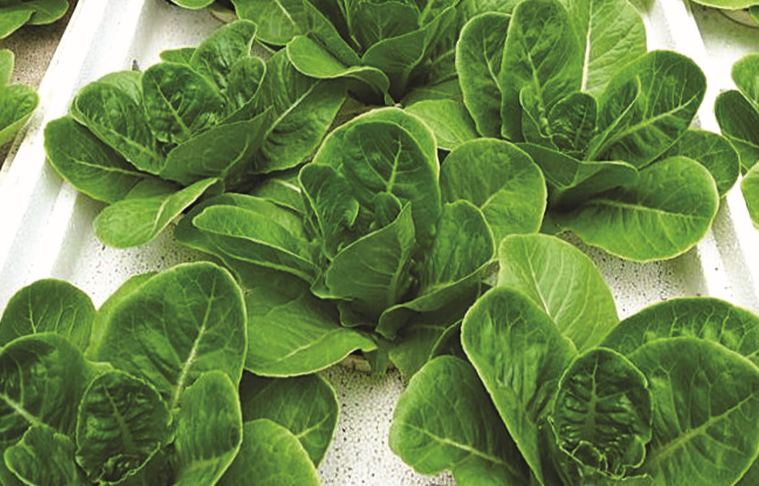 A simple hobby he started out of curiosity became a lucrative business for Robert J. Iglesia of Gumaca in Quezon province.

Initially, he knew little about hydroponics; he did not know he could produce different varieties of vegetables on just a small piece of land. Now, Iglesia says that hydroponics is the system of growing plants without soil, and this method allows would-be urban gardeners to grow plants in a controlled environment. The “off season” can be eliminated because hydroponics allows adherents to practice uninterrupted urban farming. Vegetables like cucumber, upland kangkong, lettuce, pechay, and tomatoes can be successfully grown using hydroponics.

Robert Iglesia shows the roots of a vine of the BR-4 Japanese cucumber which are submerged in a nutrient concoction.

Plants grow when hydroponics practitioners proportionally mix various plant nutrients which are readily available in the market. The other materials Iglesia uses on his urban hydroponics farm include available seedling plugs, culture pots, nutrient solution, and an improvised shelter or greenhouse.

A modification of the system has allowed him to expand his hobby into a profitable venture. From the modifications he has devised, Iglesia now produces different varieties of lettuce, upland kangkong, the BR-4 Japanese cucumber, pechay, and other vegetables in his hydroponics garden.

He mainly uses discarded Styrofoam fruit boxes as the base or culture pot for the plants and nutrient solution. The seedling plugs canals can be created with the use of Styrofoam cups with holes at the bottom. To keep the plant in place, Iglesia uses a mixture of soil, carbonized rice hull, chicken manure, and coco coir in his seedling plugs.

The improvised greenhouse can be in the backyard or any available space where sunlight and good ventilation is available, because the plants grown via hydroponics need to be protected from undesirable elements. Iglesia’s backyard garden is just a little over 300 square meters.

For the nutrient solution, Iglesia shares that he uses tap water and a fertilizer mix, which is composed mainly of Peters General Purpose, Peters Hi-Nitro, Peters Yield Booster, and Peters STEM or Soluble Trace Element Mix.

SHARING THE WEALTH OF EXPERIENCE – Iglesia says that it is now time to share his expertise with those who want to venture into agriculture— whether as a business or a hobby—but are constrained by the lack of space or land to cultivate vegetables. “I want to inspire others to venture into agriculture. This way, they [will] eventually learn to produce vegetables for their own consumption. [It will be safe and you can be sure it’s clean],” he pointed out.

With hydroponics, those who are interested can earn additional incomes, like senior citizens, housewives, and even those who are looking for a stress reliever because gardening can be relaxing while also being profitable in the long run.

Iglesia has started to conduct training sessions on how to venture into hydroponics and urban gardening. While he charges a very minimal fee of ₱500 for the training session, Iglesia stressed that it is not for his services but rather for the start-up kit which is composed of different planting media and necessities like planting trays, soil potting mix, nutrient solutions, and seeds. “This way, [participants] can [immediately] start to practice what [they have] learned.”

The training sessions include discussions on hydroponics, container gardening, and urban gardening. If you have a very limited space to cultivate whatever plant you may want and would like to venture into urban farming, hydroponics may be the answer.