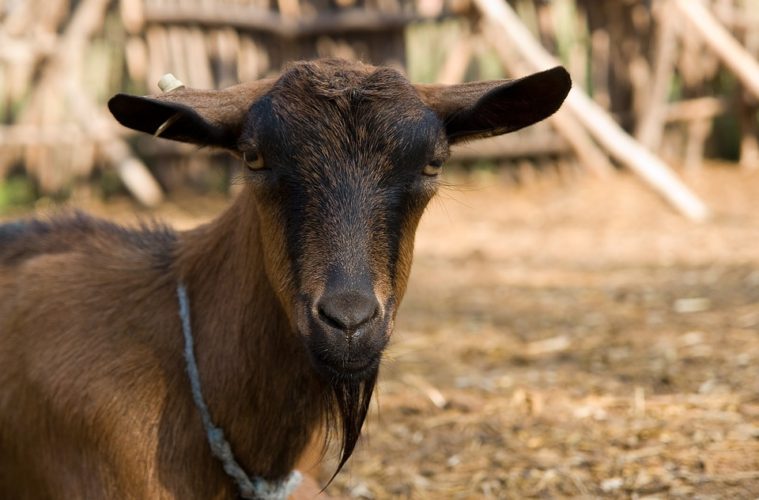 Get to know why goat farming has a great potential to help coconut farmers overcome poverty.

A major  why poverty abounds among coconut farmers is the inherently low yield and income from coconut trees, owing to the common use of traditional varieties and antiquated farming practices. Coconut is the most widely grown crop in the Philippines, cultivated in over 3.56 million hectares, which is almost a third of the agricultural land of the country. It is the only agricultural crop which gives the country export revenues of over US$ 1 billion annually.

The government’s neglect of the welfare of coconut farmers created some of the poorest and hungriest farmers in the country, as the income from coconut farms is very low despite its prevalence.

The situation, however, is not hopeless. Many innovations are available to increase the income of the coconut farmers. Previous articles published in this magazine cited the potential of increasing the yield of coconut from the current national average of less than a ton of copra to over five tons/hectare (t/ha) per year by planting the early maturing dwarf hybrids like Matag. The plants, of course, have to be provided with adequate fertilization, weeding, and at times, irrigation. Yields of over 3 t/ha are also possible when early maturing semi dwarf varieties like Tacunan, Catigan, and Malaysian Red Dwarf (MRD) are used.

Our planting of the Thai early maturing dwarf varieties Nam Wan and Nam Hom for the production of nutritious young nuts with sweet aromatic juice and young nutritious nuts are yielding, on the average, over 25,000 nuts/ha per year. Assuming a low wholesale price of ₱10 per young nut, a ha of coconut can easily generate an income of ₱250,000/ha per year. We have established seed production farms for both varieties for commercial seedling production, and these seedlings are being made available in limited quantities to interested farmers. As we modeled productive coconut farming, we found another technique to increase the income of coconut farmers. This is by integrating goat production in coconut farms.

GOAT INTEGRATION IN COCONUT FARMS IS ENVIRONMENTALLY COMPATIBLE – The biological basis for the compatibility of goat integration in coconut farms is that the coconut tree is inherently inefficient in the utilization of sunlight. Traditional coconut varieties, planted at a population density of 125 plants/ha, capture more or less just 50% of sunlight. Hybrid dwarf coconut varieties like Matag and those like Nam Hom and Nam Wan, with compact semi-erect leaves, capture 60 to 70% of sunlight, which results in higher yields. The 30 to 50% sunlight passing through the leaves of coconut reach the ground and create conditions highly favorable for the growth of other plants, including weeds.

In our experience at the Triple P Farms and Nursery (TPFN), coconut farms under the type IV climate prevalent in Central Mindanao—which features an almost even distribution of rainfall all year round and the wet to very wet season of Agusan del Sur—weeds abound in coconut farms all the time. Regular weeding has to be carried out to prevent weeds from competing, as these cause a reduction in the growth and yield of coconut.

We found that the weedy conditions between and under the coconut trees create an opportunity to integrate native chicken, turkey, sheep, carabao, cattle, and goat.

FARMERS’ PRACTICES OF GOAT FARMING IN COCONUT FARMS – We carried out a field survey of practices in goat raising using upgraded and purebred stocks among coconut farmers in Bansalan, Davao del Sur. Bansalan was selected because of its high goat to coconut farm density in this municipality, as it is the home of the Mindanao Baptist Rural Life Center (MBRLC), which successfully introduced goat farming among many farmers in this municipality. In this municipality, there is a flourishing goat auction market every Sunday where hundreds if not thousands of goats are sold at auction. Our survey’s findings were:

1. Without an improved pasture, a ha of coconut farm populated largely with grasses like carabao grass and cogon can accommodate 6 to 8 goats. This provides a farmer with a net income ranging from ₱6,000 to ₱8,000/ha/year. The required capital—mainly for the purchase of native to upgraded goat stocks—ranges from ₱20,000 to ₱30,000.

2. With an improved pasture featuring paragrass, indigofera, tricanthera, ipil-ipil and more, using open field grazing, a ha of coconut farm can accommodate 14 to 18 goats; the capital required for this ranges from ₱60,000 to ₱70,000 and the yearly income ranges from ₱20,000 to ₱24,000/ha per year.

3. We visited some goat farms with improved pastures that use “cut-and-carry” or zero grazing to feed the goats. We noted that a hectare of coconut farm with improved pasture plants being used on cut-and-carry basis can accommodate from 30 to over 60 heads of purebred or improved breed goats. This provides farmers with an income from ₱80,000 to over ₱100,000 through the sales of milk, improved breed goats, culled goats for meat, and goat dung, for which there is a high demand for use in vermiculture or in the production of organic fertilizer. The purebreeds used are largely of the Anglo-Nubian and Saanen varieties, which have been found to have adopted very well to Bansalan. The common pasture plants used include acid ipilipil, tricanthera, flamegia, rensonii, indegofera, napier grass (Pakchong 1), paragrass, and star grass. A typical goat pen where goats are fed on cut and carry basis is shown in Fig. 1.

Fig. 1. A typical goat pen, with the animals being fed daily on a cut-and-carry basis with pasture weeds supplemented by dry feed concentrate. Each animal is provided with a floor space of 1.5 to 2 square meters.

IMPROVING THE PRACTICES OF GOAT FARMING IN COCONUT FARMS – Our survey showed that there great potential for good to high incomes to be derived from goat farming integrated in coconut farms. A higher income than what farmers are used to is made possible by improving the technology and innovations in pasture and stock for a more profitable goat integration in coconut farms. There is limited information on the science of goat farming under coconut and so we are carrying out applied research.

We started our journey in goat farming with the initial purchase of purebred Anglo-Nubian and Saanen goats for milk production and the production of improved goat stocks. We plan to increase our stock for our 50 ha coconut farm devoted to hybrid seednut production (including the production of Nam Hom and Nam Wan) seednuts. Our applied research now focuses on what would be the appropriate pasture plant species to grow in coconut farms which can be produced in good quantities and good quality while at the same time not negatively impacting the growth and yield of coconut. Our initial research findings were:

Fig. 2. The growth of immature coconut trees in the regularly weeded plots is similar to those intercropped with paragrass and Kennedy Runzi, provided the grass that creeps withing 1.5 meters of the coconut (inset, right photo) is removed monthly. The building in the background which is partly hidden is the TPFN experimental goat house surrounded by fruiting dwarf Nam Hon coconut trees from 3 to 4 years old.

(1) Under wetland conditions (including marshy lands turned to coconut farms using Thai technology) in which coconut is planted in mounts, paragrass and ruzi grass can be grown as pasture grass. The plants, however, should not be allowed to creep to within 1.5 meters of the young coconut by monthly weeding (Fig. 2). In Thailand, thousands of hectares of wetlands and marshlands are productively being grown to coconut on mounted plots. In between the rows of coconut, the canals are used for fish production. In our case, we would like to utilize this space between the rows of coconut for growing pasture grass.

Fig. 3. Napier grass (Pakchong 1) can be grown as an intercrop with immature coconut provided that tillering is regulated by pasturing with turkey, which eat many young shoots.

(2) Napier grass (Pakchong 1) can be grown between rows of coconut varieties like Matag and Nam Hom, provided the grass is not allowed to grow within 2.0 meters (m) of coconut plants and the number of tillers of Napier is limited so as not to overshade the coconut. We found turkey to be effective in reducing the tillers of Napier grass. Turkeys are foragers and eat lots of young shoots and other emerging grass (Fig. 3).

Fig. 4. Trichantera (madre de agua) growing luxuriantly under the sloping land coconut environment at TPFN are fed to goats on a cut-andcarry basis. The plants are propagated by cuttings.

(3) Under upland and hilly land conditions, paragrass, ruzi grass (Brachiaria sp.), napier grass, madre de cacao, tricanthera, indigofera, and acid ipil-ipil grow robustly under the coconut canopy (Fig. 4). The canopy of the plants, however, has to be reduced with regular trimming to avoid competition for space and sunlight. We are currently studying how to simply and effectively propagate these pasture plants for easier establishment by small farmers.

Fig. 5. This pure Anglo-Nubian buck enjoys eating the indigofera leaves (left); the goats eat both the leaves and bark, leaving the woody stem bare (right). Indigofera can be propagated by seeds and become highly productive in six to eight months after planting.

(4) The goats can thrive and grow healthy with indigofera as a major feed, both as fresh and dried leaves mixed with corn or rice bran (Fig. 5).