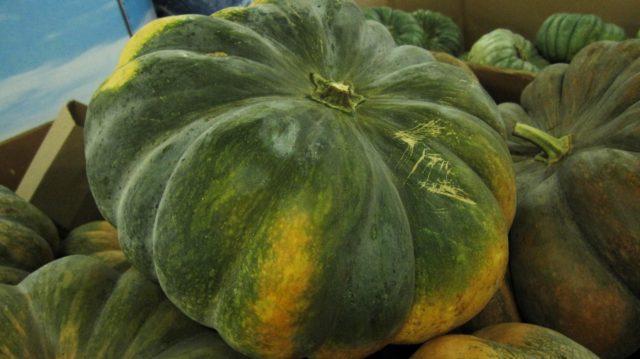 Backyard gardeners and condo dwellers can grow vegetables wherever they choose.

“Go Grow” is a new product of East-West Seed designed for home gardening enthusiasts as well as full-time farmers who have experience with field crops but limited expertise in growing vegetables. It facilitates the first-time cultivation of vegetables and aims to stimulate increased vegetable production.

It improves on and replaces Value Pack, the innovative small pouches containing high quality seeds priced at the equivalent of USD $1 per packet; in 2016, some 25 million of these packets were sold worldwide.

By 2050, the global demand for food will increase by 70 percent; that’s 730 million tons more of vegetables and fruits needed as a result of rapid population growth, urbanization, and changing diets. Meanwhile, water and land resources will be under heavy pressure to cope with the demand.

The world’s population reached over 7.3 billion people in 2016. By 2050, this number is expected to reach 9 billion. Feeding them is the most important challenge in providing food security in the future. Smallholder farmers will be responsible for most of the burden of providing more food.

“We now offer these farmers high-quality seeds with good purity, germination, and disease resistance and the knowledge they need to succeed when cultivating new vegetable crops for the first time,” says Mary Ann Sayoc, former General Manager of East-West Seed.

Market research shows that farmers are willing to cultivate new vegetables when entry barriers are low; they have access to easy-to-grow varieties with good market potential; and they can receive more information on how to grow the varieties.

Go Grow is aimed at increasing the harvests of vegetables, which lag behind other crops in terms of production. In the process, it also hopes to encourage healthy lifestyles, which feature more greens on the plate. More important, it helps put food on the table to satisfy the demands of increasing populations. Also, vegetables consume less water compared to most rice crops, says East-West Product Manager Bonifacio Sauli.

In vegetable farming, about 5 percent to 10 percent of the initial cost outlay is for seed inputs. The highest input is fertilizer, followed by labor (about 30 percent), then farming materials such as trellises, followed by expenses for pesticides, says Sauli, an agricultural engineer who hails from a drought-prone area.

The Go Grow packs, each costing about ₱50 to ₱60 each, are meant to encourage Filipino farmers plant more vegetables in profitable ways. They will help increase vegetable harvests anywhere from 50 percent to 100 percent, he adds, which is advantageous in light of the World Health Organization (WHO) recommended ideal consumption of 73 kilograms (kg) of vegetables per person per year.

Go Grow addresses farmers’ two most important needs: technical guides and a simplified variety of selection. Through the Go Grow range, East-West Seed hopes to influence more farmers to plant vegetables in addition to their existing crops since cultivating vegetables can help them grow and diversify their incomes while reducing their exposure to climate risks such as drought, as vegetables typically require less water.

“The Go Grow seed range was carefully selected to include easy-to-grow vegetables with strong potential in the market such as sitaw, hot peppers, tomatoes, eggplants, ampalaya, okra, and pumpkin,” says Sayoc. “[It] is the only vegetable seed product in the market that includes a card with specific instructions on cultivation and a QR code that links farmers to an online Plant Doctor service to help [them] manage issues with pest and diseases as they arise. Go Grow also includes a planting calendar, guiding the farmers from the seed sowing stage until the vegetables are ready for harvest.”

The guides that come with the pack include those for sowing, spacing, watering and fertilizing; planting and harvesting calendars; sample plant layouts; and access to a Plant Doctor online.

The Go Grow kits also help farmers decide which crop is best suited for their needs, location, and potential market. A step-by-step guide—which covers the stages from sowing to planting—is included. The description of a particular variety covers resistance, maturity, elevation, uniformity. and even the health benefits of the vegetable.

The number of seeds in the Go Grow pack is indicated, including the number recommended for a land area. A guide shows the quantity and timing for fertilizer application.

“There is even a code linked to the Plant Doctor website where you can get help in diagnosing and solving problems, if any,” says Sauli. The code directs the user to the website www. plantdoctoronline.com.