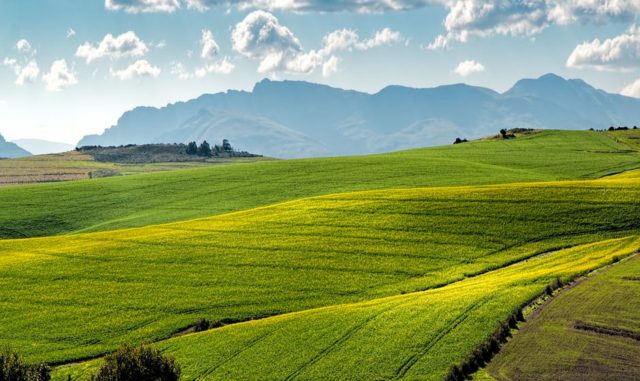 During the korean war, the Philippines sent soldiers to help defend South Korea against a massive communist invasion and shared its rice supply with needy Koreans.

Who would have thought that the Koreans would still value that act of kindness from decades ago? This was why the Korea Project in International Agriculture (KOPIA) in the Philippines was established, according to Dr. Jeong-Taek Lee, KOPIA Center director in the Philippines.

Going the extra mile: Lee says this also explains the support the country is getting from KOPIA, which was accomplished in partnership with PhilRice with the aim of enhancing the lives of Filipino farmers through capacity enhancement and sustainability of income.

With the use of a walk-behind transplanter, the depth of planting, hill plant spacing, and number of seedlings planted per hill is even.

Recognizing the importance of seeds as the foundation of farming, the project provided registered seeds to different parts of the country, especially in rain-fed lowland conditions where the availability of seeds is low. In addition, KOPIA donated walk-behind transplanters and other machines in the hope that Filipino farmers would adapt the concepts of self-help, diligence, and cooperation in dealing with hunger caused by poverty.

Aside from a transplanter, KOPIA also donated a miller, thresher, seed cleaner, and soil kits to BOFAMCO in 2012. Some members of the cooperative were also trained on farm techniques in Korea.

Jumo used to spend ₱6,000 on labor costs for seedling preparation and transplanting. “High cost of production is a problem, manpower is another. Nowadays, farm laborers are hard to find. Most of them are no longer interested in farming,” he says, adding that 15-20 farm laborers are needed to finish working on a hectare farm for 2 days.

With the use of the transplanter, Jumo only needs 1-2 laborers to operate the machine. “The machine can finish planting a hectare after 4 hours,” he says. He also doesn’t have to worry about finding farm laborers or spending money on feeding them, so instead of spending ₱6,000 for labor costs alone, he only spends ₱4,000 for seedling preparation and transplanting expenses.

A few modifications: Instead of following the recommended farming techniques for using the Korean transplanter, Jumo shared some modifications. “We were taught to sow seeds in trays under the shade for 4-5 days, then transfer them to [the] seedbed for 12-15 days. [Afterwards], the seedlings can be transplanted using the transplanter.”

Jumo has been using the walk-behind transplanter for four years and says he is grateful for its introduction to Bohol. With its use, the depth of planting, hill plant spacing, and number of seedlings planted per hill is even.

In addition, he was able to save on the seeds used, from 60 kilograms (kg) to 40 kg per hectare (ha). Also, he can transplant after 12-15 days after sowing which resulted in more tillers, less transplanting shock, and less pulling cost, with labor time reduced from 5-7 days to 1-2 days.

More money in farming: In addition to the money saved in using the walk-behind transplanter, Jumo’s yield increased. He used to harvest 60 sacks per hectare; now, he proudly says he harvests an average of 80-100 sacks/ha. Each sack weighs 40 kg.

Jumo farms 12 hectares, five of which are dedicated to rice and the rest, to corn. He says farming enabled him to acquire farm equipment such as a pump, tractors, and a motorcycle.

Grateful for support: Romeo T. Tariao, chair of BOFAMCO, is very grateful that members of the cooperative benefit from the technical support and farm equipment donated by KOPIA. The cooperative has more than 1,000 farmer-beneficiaries, 150 of whom are active members.

The KOPIA project in the Philippines has 2 components: seed multiplication and the dissemination of released cultivars for rainfed lowland environments and rice variety development and improvement. Iloilo, Bohol, Nueva Ecija, Kalinga, and Isabela benefited from the project.

With support from the government and other private institutions like KOPIA combined with farmers’ perseverance to succeed, the Philippines may achieve rice security soon.