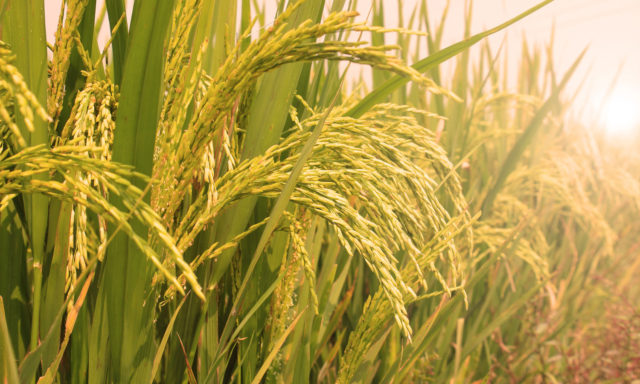 The choice of rice is influenced by many factors, and varies between households and businesses.

Rice at home: Eating quality is not the only determinant for the choice of rice to consume, provided that consumers have a choice in the first place.

For Josie Clemente, 41, of Brgy. Pansinao, Candaba Pampanga, her preference for rice has nothing to do with its color, taste, or aroma; it depends on her budget. If there are organizations that provide rice as relief goods, she unreservedly accepts and cooks this for her family, as long as the rice can still be eaten. “If the rice donated to us is not that white or has a [strange] smell, I add pandan leaves and wash it three times,” she said.

Epifania Ramos prefers NSIC Rc160 and Rc218 in Rose Kambingan as they are soft, whiter, and yummy.

If she has the budget for it, Clemente buys rice at PhP 34 per kilo (kg). For her, the more expensive the rice is, the better it is for satiating her family’s stomachs.

Marivic Manalastas, 34, of Candaba, Pampanga shares her technique for buying rice: she first smells the lower part of the rice container to ensure its quality from top to bottom as, according to her, there are rice sellers who mix aromatic rice with “laon” or rice that has been long milled and stored. She pegs her price limit at ₱42/kg.

The importance of amylose content: In a study, “Changing preferences of Filipinos for eating quality of rice,” Dr. Bienvenido O. Juliano stated that rice consumers prefer rice with a softer cooked texture. “The per capita rice consumption of Filipinos is increasing, accompanied by a decrease in the amylose content of rice from high in the 1980s to intermediate and low,” Dr. Juliano explained.

Amylose content determines the softness or hardness of cooked rice. Amylose content is classified as low at 10-17%, intermediate at 17-22%, and high at over 22%. A lower rice amylose content corresponds with a softer texture.

Based on the National Nutrition Surveys, rice per capita consumption continues to increase, from 103 kg in 1993 to 119 kg in 2010. Dr. Juliano reported that most of the released varieties from the National Seed Industry Council have had lower amylose content since 1980. IR64 had 83% consumer acceptability while NSIC Rc160 and Rc170 scored at 94%. This is evident in the demand of consumers for softer cooked rice.

Rice and diabetes: Excessive consumption of rice with low amylose content such as Sinandomeng and Rc160 may worsen the incidence of type 2 diabetes. The World Health Organization reported that the Philippines will have close to 8 million diabetics by 2030. Type 2 diabetes is aggravated by rice that has low amylose content, which results in a higher glycemic index (GI). According to diabetes.org, GI measures the impact of carbohydrate-bearing food on the body’s blood sugar levels.

Alma Mesa, 37, also from Candaba, Pampanga, was diagnosed as a pre-diabetic (type 2). Her doctor recommended that she eat the healthier brown rice instead of white rice, which will also help with her preparations for having a baby. Brown rice is the unpolished or less processed version of white rice. Any rice variety can be milled into brown rice, which has a lower GI than milled rice for a low amylose content rice.

Most people base their choices on superficial parameters such as physical appearance and first impressions. With the findings of food scientists and testimonies from the field, it is hoped that rice consumers will also consider the other benefits in choosing the rice they eat.

Commercial choices: The choice of rice by restaurant owners is often influenced by how well it goes with an “ulam” (viand) and how much in demand a rice variety is with consumers, in addition to its price. It can be a challenge, especially when consumers have varying tastes and preferences.

Rose Kambingan Kainan in Sapang, Jaen, Nueva Ecija recognizes this and boasts of offering a menu with the “right food combinations.” The restaurant is a consistent favorite among diners who enjoy goat meat for meals. Pairing the savory viand with steamy, fluffy, white, and soft rice, the restaurant guarantees its customers a delectable dining experience.

In a day, the restaurant cooks 25 kg of rice from 7 AM to 8 PM. According to store cashier Epifania Ramos, 62, NSIC Rc160 and Rc218 are their top choices of varieties. “With these varieties, rice is soft, whiter, and [yummier]—the kind of rice that customers…want to order [more of].

Farmers to Use Starbook for Livelihood