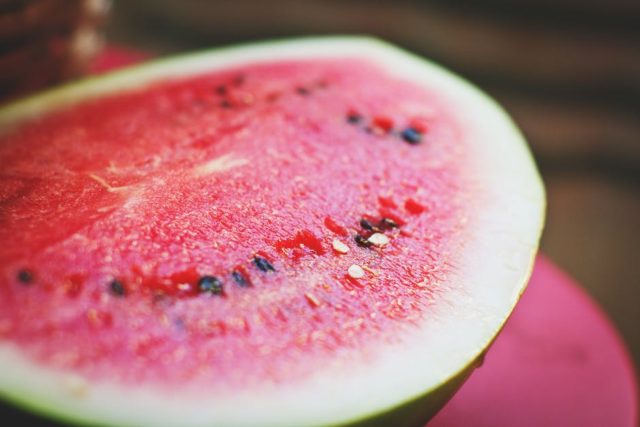 Watermelons are available practically everywhere during the summer months.

A new variety recently introduced to the market by Allied Botanical Corporation (ABC) is expected to thrill not only farmers but also consumers in general.

Smaller and better: According to ABC, the variety’s oval fruit is the only watermelon in the country with gradient stripes. What’s fascinating is that the fruit of Fairy F1 is smaller than that of the usual watermelon. It’s bred to be that way; those who are used to cultivating larger fruit varieties or who prefer larger sizes of watermelons will be surprised by the unexpected sweetness of the Fairy variety.

The Fairy F1 Watermelon variety, which is much sweeter than the available varieties in the country, also has very good eating quality. Its sweet and juicy flesh is crimson red in color and can be consumed fresh, squeezed for juice, mixed in fruit salads, or served however a creative cook wishes. It is also known for having a distinct flavor.

Its small size makes it an ideal novelty gift item, especially since it has a longer shelf life. The fruits can easily be placed in any creative arrangement.

Another advantage of Fairy F1’s smaller fruit size is that it can be prepared as a single serving; there is no need to worry about leftover watermelon portions which can be forgotten in a refrigerator or need to be disposed.

Finally, there are many health benefits derived from watermelon; the fruit is highly nutritious in addition to being very refreshing.

Easy to grow: This variety of watermelon can also be grown any time of the year on a farm or right in one’s own garden. The growing vine of this variety can also be placed in a trellis in the garden to become a conversation piece when it starts to bear fruit.

Harvesting can be done just 55 days after transplanting. The general practice is to check if the fruit produces a hollow sound when thumped with the knuckles; this is a sign that it is ready for harvesting.