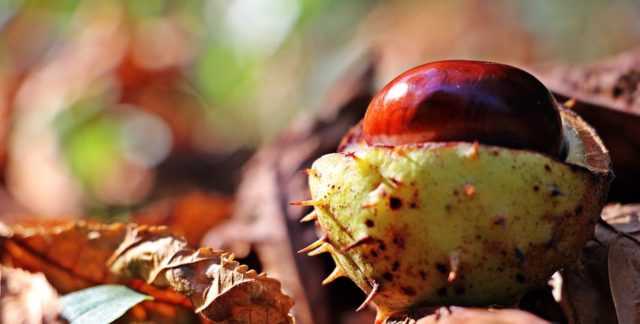 From Danilo Tiu, we recently received a report on his own research about a Philippine chestnut that is supposed to be found in many places in the Philippines but which practically nobody knows about.

This is the Talakatak, as it is supposed to be called in Quezon and Camarines, but which is also known by many other names in different places. The nut’s taste and flavor are somewhat like the imported Chinese castañas that is often available during the Christmas season.

A few years back, at the Agri-Kapihan, the late Ramon Tan brought some for us to taste. We liked the fruit, but it is only at this time that we were reminded of this endemic chestnut (found only in the Philippines) when Danilo Tiu sent us what he found in literature about Talakatak. Tiu is a UP Los Baños graduate who is engaged in the plant business.

Danny says that this native chestnut was first mentioned by Fr. Francisco Manuel Blanco (17781845) in his “Flora de Filipinas” (1845) edition 2, as Fagus philipensis of a specimen from Angat, Bulacan. He noted that the natives sold the nuts as far as Pasig then.

The plant was again mentioned by Sebastian Vidal y Soler (1842-1889) in his “Revision de Plantas Vasculares Filipinas” (1886) as Castanopsis philippinensis. He reassigned the plant to the Castanopsis genus and corrected or modified the spelling of the specific name from philipensis to philippinensis, presumably in consonance with the country name “Philippines.” Vidal was a Spanish forester and botanist with a particular interest in woody plants.

Danny writes that a vintage picture taken by David Fairchild during the Cheng Ho Expedition (1939-1940) showing the towering trunk of a tree with a man standing below its base gave him an “awesome feeling” so he had to get to see the plant to know it. He was brought there by Gerardo Sales, a plant trader from Lucban, Quezon. Luckily, Danny says, some Lucbanin and their foresters have found reasons to protect, conserve, and maintain the climax species now in their municipality.

In the course of his research for information about Talakatak, Danny says that it is widespread but never abundant. It is found in Malinao, Albay; different towns of Bulacan; Camarines in Bicol; Siniloan in Laguna; Montalban and Antipolo in Rizal; Lucban, Quezon; Oriental Mindoro; Nueva Vizcaya; Puerto Princesa in Palawan; Buenavista near Jaro, Leyte; Samar; Agusan del Norte; North Cotabato and Basilan.

Danny reports that Talakatak is also known by many local names like Bating and Bayoktuan in Rizal; Takatak and Talakatak in Camarines and Quezon; Bayente Nueve in Tagbanua; Ulayan in Samar and Leyte; Lobian, paun-ngagan, tulakatak in Tagalog; and Philippine chestnut in English.

In his research, Danny observes that other than the identity and descriptions, almost nothing is written about the plant. Which leads him to ask: If the taste and texture is similar to the Chinese castañas, why does it remain an unrecognized crop in the country? Why is the plant itself not known to many?

We can now say that Talakatak is one plant that is awaiting serious study (research) by our agricultural scientists and development for commercial production by farmers. Danny has a few plants but he observes that they are very slow-growing. Well, one of the studies by our researchers could focus on how to accelerate the growth of Talakatak plants. Aside from propagating by seed, Danny has not read anything about multiplying by asexual means.