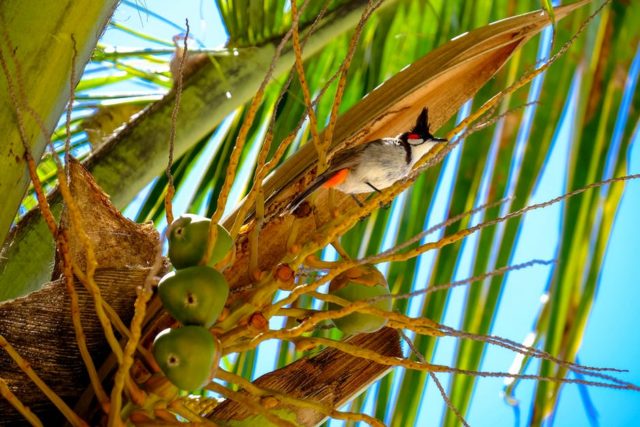 Get to know what the Philippine government has been doing to help the Yolanda Victims.

The Philippine Council for Agriculture, Aquatic and Natural Resources Research and Development (PCAARRD) has revealed its initiatives to help
Yolanda-affected farmers in Central and Eastern Visayas.

These initiatives, which are among PCAARRD’s Industry Strategic Plans (ISPs), include giving farmers increased access to high-quality rice seeds through efficient seed production, the development of high-yielding varieties of coconut, and the proper management of costal and watershed areas through the Erode and Bathymetry Project.

SYNTHETIC COCONUT. Photo shows the Orgullo Tall SV San Ramon, a coconut variety developed by plant breeders from the Philippine Coconut Authority-Zamboanga Research Center as a result of the synthesis of six superior parental lines with the use of molecular marker technology. This variety has a yield potential of up to 150 nuts per palm or 20,540 nuts per hectare, which is equivalent to 6.7 tons of copra. Another advantage of this variety is that the seed nuts can be used for succeeding plantings. The PCAARRD identifies Orgullo Tall as one of the coconut varieties being recommended for replanting in typhoon Yolanda-affected areas under its Industry Strategic Plan.

PCAARRD Executive Director Patricio Faylon said that these ISPs are intended to make the country’s agriculture and natural resources sector contribute more to poverty reduction, food security and global competitiveness, and sustainability through the development of science-based solutions and innovations.

Under the project “Increasing Farmer’s Access to High-Quality Rice Seeds through Efficient Seed Production,” PCAARRD and its partner, the Philippine Rice Research Institute (PhilRice), have distributed a combined total of 2,435 kilograms (kg) of certified and green super rice seeds to 444 farmers from seven
municipalities in Leyte for 2014 rice cropping. These seeds will cover 122.7 hectares, according to project leader Dr. Evelyn Gergon of PhilRice.

Incidentally, the four-year project, which started in July 2012 and ends in December 2016, identified Leyte as one of its three pilot sites; the other two are Ilocos Norte for Luzon and Sultan Kudarat for Mindanao.

The farmers were trained on the use of high-quality seeds (HQS), which have the potential to give farmers a 5 to 20 percent increase in yield. They were also trained in the production of HQS, learning seed production practices that are different from those used in commercial palay production.

To date, Gergon reported, the project has already trained 132 farmers on quality seed production, 368 farmers on the natural farming system, and retooled 13 seed growers. The project also aims to increase the utilization of certified seeds, which when coupled with good irrigation and farming practices will ensure higher yields for farmers.

Gergon said that after one cropping season, the farmers were able to post yields
ranging from 4 tons per hectare (t/ha) to 8 t/ha, both of which are above the 3.45 t/ha baseline yield in pilot areas.

Another commodity the PCAARRD recommends for farms affected by typhoons is coconut, which “creates (a) good environment for other crops,” says Ramon Rivera, chief of the Plant Genetic Resources Conservation and Utilization Division of Philippine Coconut Authority-Zamboanga Research Center (PCA-ZRC) in Zamboanga City.

High-yielding and early-bearing varieties of coconut are now available to farmers, thanks to advancements in breeding methods. Rivera said that they are now using molecular markers and, more recently, somatic embryogenesis with funding from PCAARRD to improve and develop new coconut varieties in a shorter period.

The PCA-ZRC, which is located on a 415.3-hectare area in San Ramon, Zamboanga City, maintains a coconut gene bank that holds the world’s largest coconut depository with a total of 263 accessions.

Rivera said that farmers can choose from among several tall and dwarf hybrids which yield up to 6 tons of copra a year. He said that the tall hybrids are suited for planting in many areas as these have denser root systems; display less sensitive reactions to adverse environments or conditions; have stronger leaf and bunch attachment; and have higher phenotypic variations within and between cultivars.

Included in the choice list are Aromatic eGreen Dwarf (AROD) for buko production; true-to-type Makapuno; coconut varieties for sap sugar production; and high-yielding varieties for copra and other high-value products.

Highly recommended is Orgullo Tall SV San Ramon, a variety developed from the synthesis of six superior parents using molecular marker technology. Rivera said Orgullo Tall has the potential to produce up to 150 nuts per palm or 20,540 nuts per hectare, which is equivalent to 6.7 tons of copra. The best thing about Orgullo Tall is that the farmers may use its seeds for succeeding plantings.

So that they can avail themselves of the improved and hybrid coconut varieties for free, Rivera suggests that farmers take advantage of the coconut planting schemes now being offered by PCA to coconut farmers nationwide.

For coastal and watershed management that will help lessen the impact of natural calamities on the environment, Dr. Fernando Lansingan of the University of the Philippines-Marine Science Institute (UP-MSI) stressed the importance of soil erosion and bathymethry or the study and mapping of the seafloor’s topography in
environment monitoring.

Dr. Laura David of UP-MSI said that during rains, soils erode to the coastal areas, affecting the seagrasses and coral reefs that act as nurseries for fish. A healthy coral reef acts as a sea wall that protects the inland area from the damaging effects of strong waves, she added.

To protect the coastal areas, David recommends reforestation using mangroves, particularly the Avicennia marina and Sonneratia alba species. Mangroves serve as a line of defense against storm surges, she said.