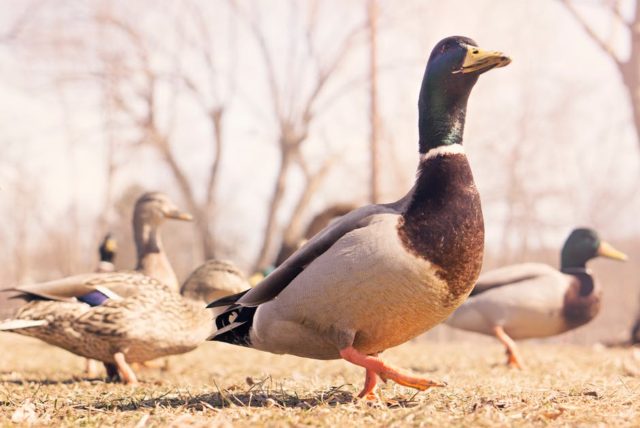 The Philippine Mallard or Pateros duck was found to have better semen traits than the highly-touted Pekin Campbell ducks, a study shows.

The study was conducted by Carlito de Araujo Mali Code of the Universidade Nasional Timor Lorosa´e (UNTL) and Angel L. Lambio of the Animal and Dairy Science Cluster of the College of Agriculture (CA) of the University of the Philippines Los Baños (UPLB) as part of their masteral thesis, which was
supported by the Southeast Asia Regional Center for Graduate Study and Research in Agriculture (SEARCA).

The researchers said that the outcome of their study could be useful in preparing a breeding program to improve the Philippine Mallard (PM) duck.

Based on the results, Code and Lambio affrmed that the semen characteristics and reproductive traits of Philippine Mallard “are better than Pekin (PK) and Khaki Campbell (KC), both of which are also susceptible to the deadly avian inﬂuenza (AI) or bird ﬂu virus” which regularly rampages across China, Hong Kong, Vietnam, Thailand, and Malaysia.

The study also revealed that progeny from PM’s crosses with KC ducks had better characteristics than those from their crosses with PK.

Code and Lambio sought to estimate the heritability of, and correlation among, semen characteristics and reproductive traits of the three breeds, SEARCA Director Dr. Gil C. Saguiguit Jr. said.

The drakes used in the study were selected from a ﬂock of 108 drakes of the Department of Agriculture (DA), Bureau of Agricultural Research (BAR), and the University of the Philippines at Los Baños (UPLB). Nine were chosen, with three each from PM, PK, and KC ducks secured from the stocks imported by the Bureau of Animal Industry (BAI) and maintained at the National Poultry Research
and Development Center (NPRDC) at Barangay Lagalag, Tiaong, Quezon.

A total of 18 drakes were selected from the ducks crossed with PM, PK, and KC, and their semen was collected during the research period.

“Data on semen characteristics (was) analyzed following a 3 x 4 factorial split plot design in a completely randomized design (CRD), with the genetic group as the main factor and the period.

Rice And Coconut For Yolanda Victims