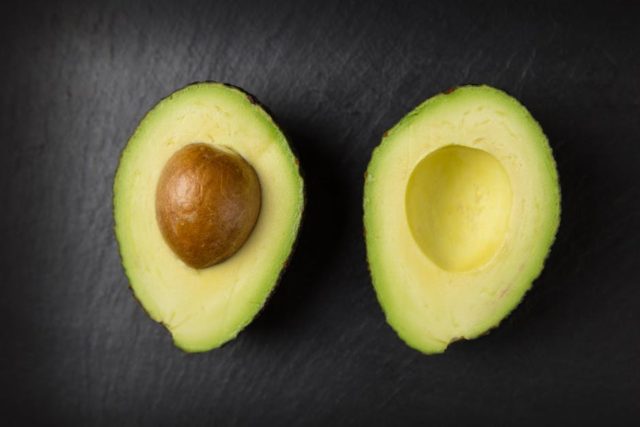 As anyone who loves avocados will tell you, the prefect fresh avocado has a smooth, buttery texture and a rich, often nutty flavor.

Aroma is, of course, part of what we perceive as ﬂavor. Scientists already know that Hass avocados, the kind that’s most widely  sold in the United States, have at least 25 aroma compounds or, technically speaking, aroma volatiles. Though the word “aroma” might imply that they have a role in avocado ﬂavor, the precise contribution of each of these aroma volatiles has, for the most part, not been well studied, according to Agricultural Research Service plant physiologist David Obenland at Parlier, California.

The aroma compound pentanal is a good example. It may be responsible for the nutty ﬂavor of a ripe Hass avocado. Right now, however, there’s not enough scientifc data to confrm that role, nor to indicate the amount of pentanal needed to impart the nutlike ﬂavor, Obenland says. What’s more, no one knows whether other aroma chemicals in avocados contribute to this particular aroma.

But Obenland’s collaborative research may help unlock some of the avocado’s ﬂavor secrets. He’s giving top priority to determining the kinds and concentrations of aroma compounds that are essential to the classic ﬂavor of Hass avocados.

With further work, these key compounds might serve as “markers” that breeders could use in pinpointing the most promising new kinds of avocados. Growers and packers of the future might be able to use the markers to determine the best times to harvest the fruit or to develop new tactics to better protect these compounds— or their precursors—during storage and ripening. Avocados, like pears and some other fruits, “mature” on the tree, but ripening (softening) occurs after they are harvested.

Ongoing research by Obenland and a team led by Mary Lu Arpaia, of the University of California-Riverside, is providing a start toward developing such markers. In preliminary studies, the scientists tracked changes in the concentrations of individual aroma volatiles as the avocados matured and ripened.

The researchers used two well-established analytical procedures (solid phase microextraction and gas chromatography/mass spectrometry) to extract, identify, and determine the quantities of the compounds. In all, they worked with samples from about 850 domestic and imported avocados and analyzed more than 4,500 observations from 15 to 20 taste-testers.

The studies, described in detail in Post-harvest Biology and Technology in 2012, are apparently “the first to report the levels of aroma compound sampled during Hass avocado maturation and ripening,” Obenland notes.

Among other findings, the researchers confirmed that three chemicals prevalent in the early growth of the fruit [hexanal; (E)-2-hexenal; and 2,4-hexadienal] were probably responsible for a grassy ﬂavor, and that the “likeability” of the fruit—from the taste-testers’ point of view—increased as the levels of these compounds decreased in the maturing fruit.

Obenland says the work differs from most prior avocado-ﬂavor studies, which primarily focused on ﬂavor contribution of the fruit’s natural oil. “Our findings,” he says, “provide new evidence that aroma compounds actually do inﬂuence avocado ﬂavor.” ARS, along with the university, the California Avocado Commission, and Pinkerton Avocado Growers Association, funded the research, which was conducted with the help of Mission Produce, Inc., and Del Rey Avocado Company. (Reprinted from the March 2014 issue of Agricultural Research magazine)