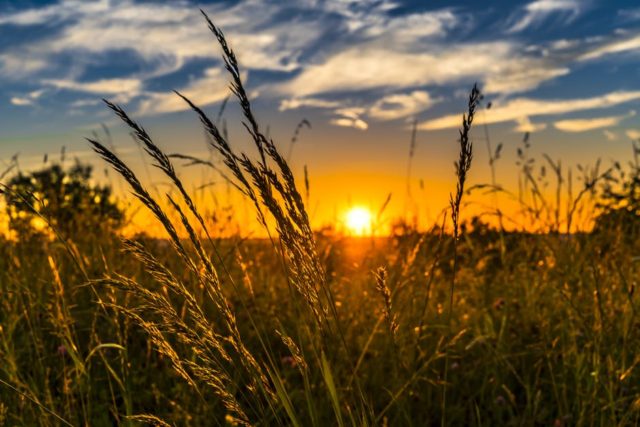 These schemes, according to researchers Floramante Pastor and Noralyn Legaspi, will eventually solve the farmers’ problems with low productivity and poor insect pest management that usually arise during transition periods when farmers decide to shift their inorganic farming practices to organic.

The researchers have observed that despite the many known benefits derived from organic farming, many Ilocano farmers still avoid adopting these on their farms, because the benefits are not immediate, tangible, or obvious. Thus, convincing them to shift to organic farming may be difficult, even though the shift may be the shot in the arm their operations require.

The rice-tomato-mungbean cropping pattern in the abrupt conversion scheme.

This attitude of Ilocano farmers towards organic farming practices was shown in a study conducted by Pastor and Legaspi, two prominent MMSU researchers in the areas of organic input production and farming.

In their study on Organic Conversion Schemes for a Rice-based Agro-ecosystem, the researchers said that despite their efforts to convince farmers to adopt the recommended organic farming practices, many are having second thoughts because of the abovementioned perceived problems, which they usually encounter during the transition period.

“This perceived reality, which consequently affects their [incomes], is understandable considering that many farmers have small landholdings, a situation common in the rural areas in the Ilocos region,” the researchers lament.

To address this concern, the researchers have developed two ways to convert inorganic farms into organic, and have come up with a sustainable cropping pattern that could give yields that are comparable with those derived from inorganic farms before the transition period.

“This technology attempts to showcase the long-term benefits derived from organic ‘farming for farmers appreciation which may lead them shift to organic farming practices,” the researchers said.

Specifically, the study was conducted to assess the transition performance of the different rice-based cropping patterns under the two conversion schemes, which are the abrupt and the gradual conversion methods. It also aimed to monitorthe effects of the new interventions in the cropping patterns, production trends during the transition period, yield of main and component crops, pest incidence, and the fertility of the soil.

ABRUPT CONVERSION – In this scheme, farmers may use full organic inputs, such as compost, processed chicken manure (PCM) or any commercial organic fertilizer (OF), at the start of the conversion period. During land preparation, they may apply these OFs as basal at the rate of 155-130-195 kg of nitrogen-phosphorus-potassium (NPK) per hectare to reduce production costs. This volume of inputs, according to the researchers, is 20 kilograms (kg) less than the recommended rate.

Additionally, farmers must follow the rice-tomato-mungbean cropping pattern. This means that after rice harvest, tomato must be planted immediately, followed by mungbean. The mungbean will be used as green manure and it must be incorporated with the soil at maturity after two primings of the pods so that farmers will get the full benefit of the crop.

The researchers recommend the use of tomato as a component crop in both the abrupt and gradual conversion methods for higher incomes. Tomato hybrids such as MMSU Hybrids 1, 2, and 3 are highly recommended as component crops for the lowland rice-based cropping system. These varieties have a maximum yield potential of 30 tons per hectare.

Although both schemes were proven to be productive and beneficial, the researchers said that in a rice-based agro-ecosystem, it is best to follow the gradual conversion scheme for conventional organic farming method to avoid losses due to low productivity during the transition period.

“However, should farmers follow the abrupt conversion method, they should plant mungbean after tomato so that they can have efficient green manure for the next rice crop,” the researchers said.

Meanwhile, an added benefit derived during the transition or conversion period is the improvement of soil fertility. Generally, the nitrogen and organic matter content of the soil increased during the five-year period in both the abrupt and the gradual schemes. The population of beneficial insects (those that eat insect pests that carry viruses and diseases) also increases, while the populations of harmful pests gradually decreased.