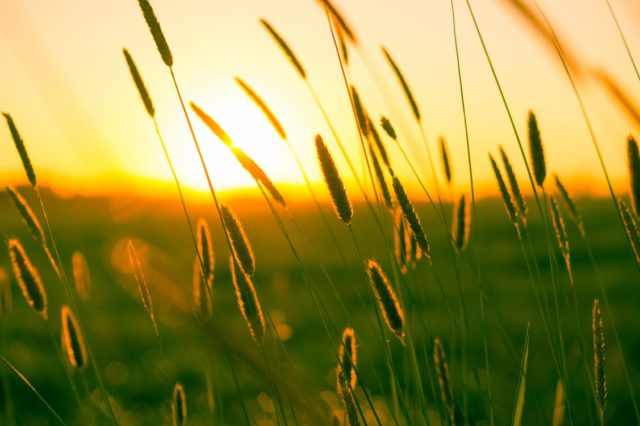 The Lanao del norte’s initiative of providing training program to the farmers living around the municipality.

An empowering and unifying program: Launched in Bacolod City in 2007, the KSK Farmers’ Training Program has already inspired many small farmers to form cooperatives and become entrepreneurs. The program was also introduced in the provinces of Zamboanga and Sulu not only to provide farmers with techniques for the sustainable cultivation of their farm lots, but also to provide them with a capacity building program.

• The provision of training sessions on new organic farming technologies for the production of organic high-value crops through Harbest Agribusiness Corporation and MacPlas Academy;

• To conduct capability-building activities for the participants to learn entrepreneurial skills through the Department of Social Welfare and Development;

• To provide linkages to possible market such as the SM Markets (SM Supermarket, SM Save more and SM Hypermarket); and

• To facilitate replication of the learnings to their fellow farmers and other interested
individuals through the Department of Agriculture.

Since 2007, the KSK Program has graduated more than 15,300 small farmers, agribusiness entrepreneurs, and agriculturists from the local government units or LGUs. The program has covered 124 sites all over the country where SM malls and SM Markets are located.

Nearly 150 participants—mostly small farmers but which also included the staff members of the Integrated Growth Program for Lanao del Norte, and municipal agriculture offces from the different municipalities of the province—received an orientation and training sessions on livelihood, particularly in the cultivation of vegetables and other high-value crops.

With the full support of the provincial government of Lanao del Norte, the orientation was held at the Mindanao Civic Center (MCC) in Barangay Sagadanan in the capital town of Tubod.

Local participants were divided into groups consisting of participants coming from different barangays to foster interbarangay cooperation. Governor Dimaporo says the training
sessions will not only be a venue for learning about new farming technology, but also for building new relationships. This is essential for the organization of the group towards sustainable production of crops, said Barcelona.

Comprehensive training: Throughout the 12-week training program, the participants will undergo a comprehensive course in production of organic high-value crops. There will be lectures and hands-on activities wherein the farmers will be able to experience the actual challenges of organic farming. Representative Dimaporo said this will give participants a chance to experience the ups and downs of organic farming through actual experience.

The season-long technical and hands-on training on vegetables and high-value crops, consisting of more than 120 participants per site, has already helped more than 15,000 small farmers and their families become self-suffcient, earning their living from the vegetables and fruits they produce from their lands.

Aside from getting hands-on experience in planting high-value crops, farmer-participants will also learn about marketing their produce and other relevant entrepreneurial skills.

At the end of the season-long training, there will be a harvest festival and buyer’s forum. This will become the venue for market linkages and will be where the farmers will be able to learn about the trader system as they will be given the opportunity to ask questions while the traders provide them with advice and guidelines.

With the help of SM Market and other possible buyers, the farmers will be able to get a clear overview of their potential market or markets.

There will be a graduation ceremony as a culminating activity to mark the end of the training and the start of the farmers’ journey towards achieving their dreams.

Since the frst graduation ceremony of the KSK Program in Bacolod City in May 2007, the KSK has evolved into one of the pillars of the SMFI’s CSR Program. According to Angeles, it is SM’s way of giving back to the communities it serves.

The Miracle Of The Seed