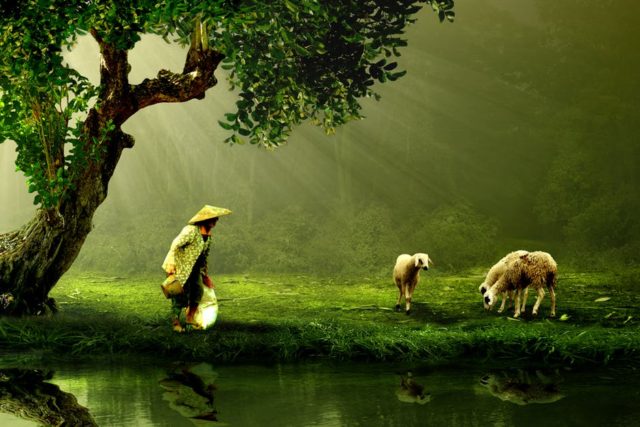 Discover an aspiring story and learn something from an Agripreneur turned Asean Awardee.

An Agripreneur from Bacolod City became an awardee of this year’s Association of Southeast Asian Nations or ASEAN Women Entrepreneurs Network (AWEN) due to her relentless and unselfish efforts in promoting organic agriculture and leading humanitarian missions that are aimed at helping the most vulnerable sector of society.

May Aileen S. Uy received the coveted award during a ceremony at the Philippine International Convention Center (PICC) in Pasay City. She received the award along with other entrepreneurs from different parts of Southeast Asia who were chosen as winners for this year.

The award—which was bestowed by AWEN in partnership with the Department of Trade and Industry (DTI) and the Philippine Commission on Women—aims to celebrate the work and efforts of women in the field of micro, small, medium, and large enterprises in all the member-states of the ASEAN.

May Aileen S. Uy received the award during a ceremony which was held recently at the Philippine International Convention Center in Pasay City.

AWEN is a network of women in business in the region, operating to exchange knowledge and experience; develop and propose initiatives to promote economic and trade activities in order to enhance gender equality; empower and strengthen entrepreneurship skills for women in ASEAN community; and to create favorable environment for female-led enterprises and support for women entrepreneurship in the region.

Uy was among those cited for the quality and breadth of their engagements, which greatly benefited the grassroots level of society. Among the many initiatives that won Uy the AWEN award was the feeding program which continues to benefit at least 60 pupils at the M.G. Medalla Integrated School in Barangay Pahanocoy. Providing organic food to the malnourished elementary pupils has been the advocacy of May and her husband Ramon Uy Sr. for almost three years now.

The feeding program is being implemented during each school day, and after each school year, an evaluation is done to make sure that the pupils benefited from the initiative.

Aside from the feeding project, Uy has created livelihood opportunities that benefited those in their community, established a public library for the use of poor students and out-of-school youth, and conducted humanitarian efforts.

A showcase garden: In 2010, together with her husband, Uy established May’s Organic Garden at Sitio Aning in Barangay Pahanocoy, Bacolod City, with the primary aim of contributing to and showcasing organic practices that would benefit society and marginalized farmers in general.

May’s Organic Garden serves as a venue for farmers and members of the community to learn more about organic farming and organic practices.

According to her, the purpose of establishing May’s Organic Garden was not just as a farm tourism destination in Bacolod City but also as a venue for farmers and members of the community to learn more about organic farming and organic practices. Through the resort-cum-farm, farmers can learn how to produce organic fertilizers which they can use in their respective farms to help them save on farm inputs.

It can be noted that the prices of different farm inputs, particularly chemical fertilizers, have continuously risen, adding to the expenditures of marginalized and hardworking farmers. But the Uys believe that “a person who wakes up early in the morning and works all day until late in the afternoon should be rich.”

“But why are [do a] majority of…farmers remain poor despite their diligence?” the couple asked. They attributed this to the conventional or inorganic farming practices of some farmers who continuously use expensive pesticides or chemicals as inputs for cultivating their crops.

Uy explained that the rising cost of synthetic inputs can deplete the already very limited resources of poor farmers; it also degrades the quality of soil and affects the environment in general. “Promoting organic agriculture is a gargantuan task. One must exert an extraordinary effort to convince…traditional farmers, and eventually… consumers, to practice organic farming,” she says.

She also says that her success in life can be measured in how she delivers their advocacy to the targeted sector, and how she performs her duties to her family. “I want to inspire them through the spiritual, emotional, and physical aspects of life. I believe that life is a precious gift from God, and sharing that gift is the best that I could offer to those who value their lives.” Uy firmly believes that “when you help others, God will bless you in an unexpected way.”

Aside from the qualities that may have helped her earn her the AWEN award, Uy has been continuously implementing projects that aim to benefit poor farmers and members of the community. These include the Bagsakan Market at May’s Organic Garden where local farmers can market their organically produced crops; the promotion of an organic lifestyle through various activities; and allocating a 10 percent share from the entrance fees for the organic garden to the feeding program.

Uy has transformed her vision into a viable business venture that helps break the traditional barriers affecting marginalized farmers, and the AWEN award she won challenged her to continue with her task, and to inspire more women to pursue humanitarian endeavors.