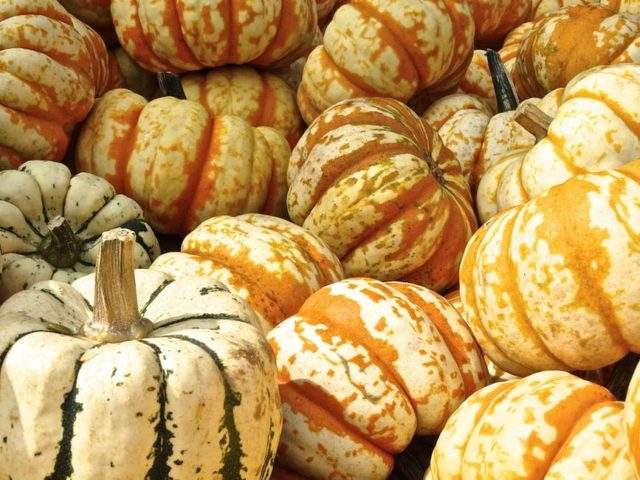 At the recent Agrilink trade show, Renita U. Beronilla, who breeds pumpkins at East-West Seed, gave us two little pumpkins to try so we could give her feedback.

One is the Waltham butternut pumpkin which weighs only 300 to 400 grams and has been released for planting by farmers. It is now being sold in some supermarkets in Metro Manila, commanding a high price of as much as 216 per kilo compared to the 50 per kilo of the ordinary varieties available in the market.

Although Waltham is very small, it is fleshy because it has a small cavity. What is most important is its superior eating quality. It is very glutinous and can be prepared as a snack food. The fruit can be peeled and sliced into one’s desired sizes for steaming. The steamed slices are sweet with the consistency of a first class glutinous camote.

Of course, Waltham can be used in vegetable dishes like bulanglang, dinengdeng, inabraw, and other preparations that make use of squash. The plant can be grown in the ground but it can also be planted in containers that are provided with a stake or trellis for the vines to climb on. It is perfect for growing in home gardens in urban areas.

STILL UNNAMED – The other little pumpkin is round and flat, very dark green (almost black), and weighs just about a kilo. It is still unnamed because it is under evaluation. It is currently being tested in farmer-cooperators’ fields before it is released for commercial planting.

We have tasted this little pumpkin and our verdict is that it is a super glutinous selection. The fruit that Renita gave us was not yet fully mature, so when we gave it to our cook, she said there was no need to remove the skin. She just made a very simple dish with coconut milk. The pumpkin was sliced into small cubes and cooked with some freshly picked patola from our garden. The only other ingredients were a few slices of half-fried pork and patis to taste. It took only 10 to 15 minutes to cook.

We hope the little pumpkin will survive the rigorous tests that it will still go through in the field. The researchers don’t only look for superior taste; they are also interested in high yields, pest and disease resistance, adaptability to various growing situations, and more.

Livestock 2017 And First Aquaculture Held In the Philippines