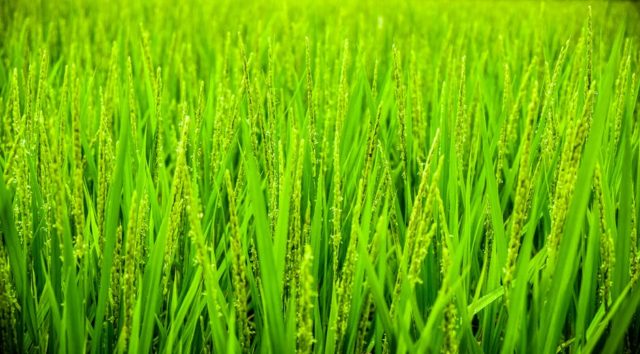 Discover and get to know these new rice technologies which will uplift the Palay industry in the Philippines.

Together with other guests, Alcala presented the latest rice technologies approved for commercial production before thousands of farmers and students. These were the newly released rice varieties, Metarhizium anisopliae in powder form, a rice crop manager, the latest rototiller design, and nutri-rice milk.

Agriculture Secretary Proceso J. Alcala opens the rice technology presentation. Some of the technologies presented were rice varieties from Korea, a model of the rice puddling attachment which reduces primary tillage in rice, Rice Nutri milk, the 5-10 technology, and the Palayamanan technology.

Metarhizium anisoplaiae is a fungal microbial agent that controls rice black bug (RBB), and it has been developed in powder form as an alternative pest management strategy. The powdered biological agent is environment-friendly and does not pose risks to humans and animals. It does not leave residue on crops and is cheaper that chemical pesticides.

The Rice Crop Manager is an Internet-based device used for identifying nutrient applications. By accessing http://webapps.irri.org/ph/rcm, farmers receive locationspecific nutrient recommendations based on farmers’ practices, rice varieties, and considerations of the farm environment. Researchers on the technology assure users that the Rice Crop Manager can increase farmers’ incomes by up to 4,500 per hectare.

A combine harvester being tested during the harvest festival. The rice combine can harvest at least 10 hectares a day. It was awarded to the Upper Pampanga River Irrigation System (UPRIS) as a form of assistance to the farmers and irrigators association.

Meanwhile, a prototype of a rototiller that reduces labor costs was also presented at Lakbay Palay. With a single pass using this new rototiller, after plowing, a rice field is already well puddled and no longer needs a second passing. The performance of the rototiller impressed Secretary Alcala, who invited other engineers and the PhilRice engineering department to replicate the newly-designed rototillers for distribution to the five winners of hand tractors whose names had been drawn earlier.

Nutri-rice milk is a healthy drink made from germinated brown rice and contains gamma amino butyric acid, which improves brain and cardiovascular functions and can slow down the effects of aging.