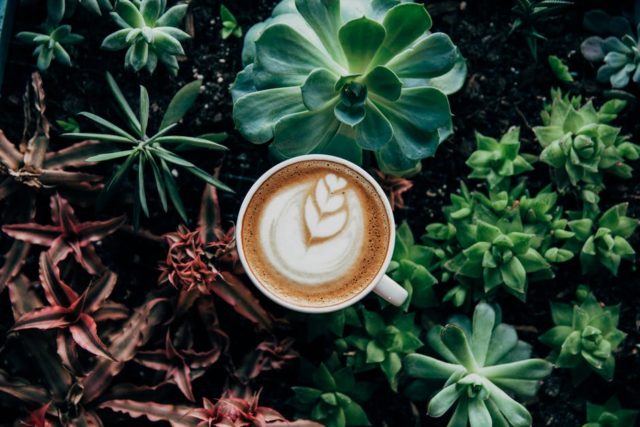 The initiative upon conducting several activities to promote and raise awareness to farmers.

In line with its commitment to to support the country’s coffee industry, Nestlé Philippines, Inc. (NPI) joined the Philippine Coconut Authority (PCA) and local government units in the Zamboanga Peninsula (Region IX) in recent coffee-planting activities. These were conducted to raise awareness for a national government initiative to promote coffee as another viable source of income for coconut farmers.

Nestlé agronomist Donnel Tiedra and Proceso Cortejos (seated, first and second from left) with representatives of Philippine Coconut Authority (PCA)-Zamboanga del Sur and the Dumalinao local government during a recent coffee-planting ceremony for the Coconut-Coffee- Based Enterprise Development (COCOBED) project.

Representatives from the Philippine Coconut Authority (PCA) and the local government units of the towns of Buug in Zamboanga Sibugay and Dumalinao in Zambaoanga del Sur were joined by Nestlé agronomists in coffee-planting ceremonies held in those areas as part of the PCA’s Coconut-Coffee-Based Enterprise Development (COCOBED) project.

The COCOBED program is a venture that involves the provision of high-grade planting materials to farmers for them to be able to farm coffee in regions where it is a feasible intercrop for coconut. As part of the engagement, Nestlé is providing its highquality coffee seedlings to PCA, which shall distribute them to coconut farmers nationwide as part of the government’s initiative to open up more opportunities for coconut farmers.

In his 2013 State of the Nation Address (SONA), President Benigno Aquino III said that the government, which consistently pushes for the achievement of inclusive growth in the country,
continues to promote initiatives that will further the development of the agricultural sector and improve the lives of farmers. According to the President, intercropping will improve the livelihoods of coconut farmers, and that planting coffee, among
other high-value crops, will help boost their incomes as they wait for their main harvests to bear fruit.

The company has continuously delivered PCA plantlet orders nationwide through various forms of transport in order to ensure the successful receipt of the coffee seedlings by coconut farmers. The company’s agronomists have also been conducting training sessions for the growers and PCA technicians on better coffee farming practices and techniques, in addition to visiting coconut farms to conduct soil analysis.

“The PCA, working with the Department of Agriculture and its partner agencies under the National Convergence Initiative (NCI), has continuously worked towards improving farmer harvests and incomes through the goals of sustainable
agribusiness initiatives such as the COCOBED project,” adds Ruth Novales, Nestlé Philippines vice president and corporate affairs executive.

The engagement with the PCA is part of the local implementation of the Néscafe Plan, the firm’s global initiative that supports responsible coffee farming, production, and  consumption.