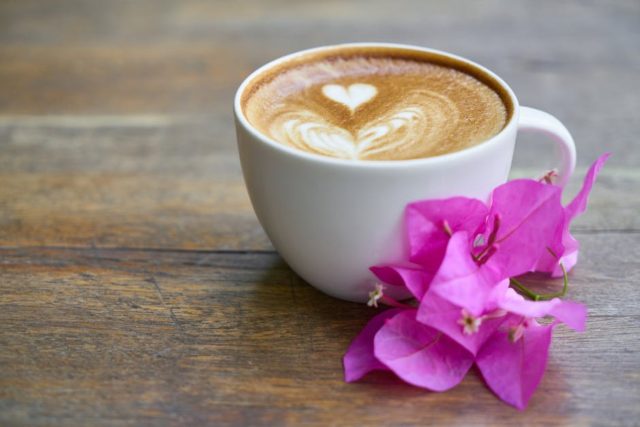 There is an array of gourmet coffee blends in the Cordillera. Each brand has its own distinctive taste and aroma, depending on the processing technique employed.

Coffee grower Shirley Palaoay shared that to produce a premium quality blend of coffee, one must be meticulous throughout the production process, from picking the best berries up to roasting the beans.

BREWING SUCCESS – Palao-ay is the president of the Tuba Benguet Coffee Growers
Association or TuBengCoGA, which has 115 members. They produce their own gourmet blend, billed as ‘naturally grown premium Arabica coffee’ under the brand Si-JopKapi. ‘Si-
JopKapi’ is an Ibaloy word that means, ‘drinking hot coffee’.

The Arabica coffee of TubengCoGa

TuBengCoGa was organized in 2007, initially with only 30 members. Its aim was to develop the coffee industry in Tuba town. According to Shirley, in producing their aromatic coffee,
the organization shifted from their old-style method to a modern processing system. She said that before they acquired their equipment, their processing method was labor- and time-intensive.

Now, she said, their product is of higher quality because the beans are not ‘bruised’ during processing. She added that in the old method they used, the green beans were often scratched
because they used hard objects such as rocks to process them.

Previously, the coffee growers of Tuba used mortar and pestle, wooden pulper, and the traditional method of stepping on the berries to remove the pulp. They hulled the dried parchment coffee through a mortar and pestle. Palao-ay noted that when they began processing coffee, they only had a minimal knowledge of coffee processing, which was why most of them were selling green coffee beans instead of the roasted beans.

PERFECT TIMING – TuBengCoGA was looking for networks and linkages to help them improve their growing coffee business. Through the Provincial Agriculture Office of Benguet, the organization was introduced to the group of Dr. Renita S.M. Dela Cruz and Engineer Rodelio Idago of the Socio-Economics and Policy Research Division of the Philippine Center for Post-harvest Development and Mechanization or PHilMech, which was looking for a partner for their ‘Supply Chain Improvement of Arabica Coffee in Cordillera Region’ project.

Palao-ay shared that PHilMech introduced them to innovations like the pulper with rubber, giving them a seminar on its proper use. It was during the seminar that the coffee farmers realized that there were better techniques for processing.

In addition to being a project collaborator for PHilMech, the group started to actively participate in various seminars on coffee processing. Every first Monday of the month, they held regular meetings and shared what they had learned with the other members, such as the sorting method they had learned which Palao-ay said helped them realize that they produced a good product.

This realization was what encouraged them to enter the market, she added. Thus, Tuba Kape was born in 2010, and this was eventually rebranded as Si-JopKapi in November 2012.

AN IMPROVED SYSTEM – When in the past, the growers sold their coffee individually to private traders, now the TuBengCoGA buys almost all their produce. In 2012, the group produced 3 tons of coffee, double the production of the previous year.

A coffee rubber-roll huller with a capacity of 180 kg per hour.

In the new system, eight coffee pulpers were distributed to strategically chosen members so that the farmers could de-pulp their berries just after harvesting. Three of the pulpers were provided by PHilMech while the other five were part of a project with the Department of Trade Industry (DTI) for the distribution of the PHilMech pulper to Benguet coffee growers. The group of Dr. Dela Cruz also provided a rubber-roll huller to the organization.

However, Palao-ay said that not all their produce is processed into their premium Si-JopKapi. After hulling, they choose the best beans for roasting. She noted that it is also important to
choose the ripest beans during harvest time; if this is not done, the coffee roduced is bitter.

Lower grades of green coffee beans are then sold to private traders.

TuBengCoGA members roast their Arabica coffee beans at a nearby coffee shop with a roasting facility; in exchange for this service, they give coffee beans to the owner. Through the DTI, they have now their own packaging and label design.

THE SWEET AROMA OF SUCCESS – But beyond the advantages of the new system they have learned to use, Palao-ay revealed that working with coffee showed the farmers that help is available for their efforts from various government agencies, and that they need not be confined to the plant-harvest-market cycle.

She proudly added that their knowledge of new and better technologies helps them showcase the true high-quality flavor of their beans, which are neither sour nor bitter, but full-bodied in flavor and fragrance.

Today, TuBengCoGA members are enjoying the fruits of their success. Next time you’re on vacation in Baguio City, why not find out what the taste of success is like by picking up some Si-JopKapi from these outlets: Brent School, Tam-awan Village, the DTI-CAR product outlet, and the Tuba market.

Celebrate Earth Day Every Day in your Home