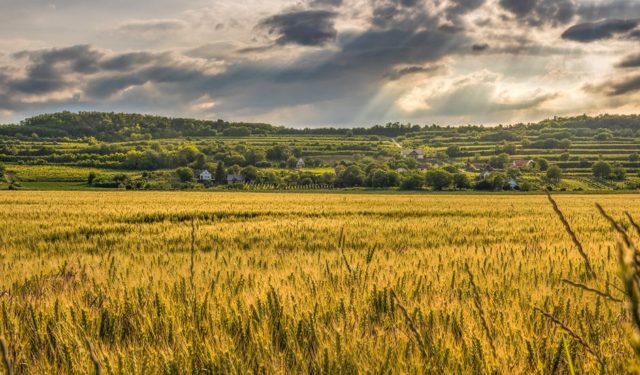 Get to know how two farmers became successful growing sweet corn and watermelon in IloIlo.

Renato Destacamento of Sta. Barbara, Iloilo has been a sweet corn grower for nine years
now. He says that this crop has been good to him and his family, as it has enabled him to own a total of 10 hectares of land that he acquired over the years in the town’s Puyuan and Talongadian barangays. In 2013, he also bought a pick-up truck with profits from the crop.

Because they have their own vehicle, Destacamento says, “…my wife Jerlyn can now bring our harvests to her retailer-customers in Iloilo City. We get better prices for our sweet corn there than when I sold to traders, who were the ones who set farm gate prices to their advantage.”

His sweet corn production and his profits started to improve considerably when he began planting the hybrid variety called Bighani, which Filipino seed company Allied Botanical Corporation (ABC) first introduced for commercial growing under its Golden State brand in 2007. Like the seeds sold under its Condor brand, those of Golden State are developed
and bred by ABC at its Research and Breeding Farm in Tayug, Pangasinan, where from the late 1990s to early 2000, ABC researchers developed the first commercial shrunken-gene hybrid
sweet corn bred in the Philippines. The company launched the Sweet Bliss F1 variety in 2002.

Golden State Bighani F1 was an immediate hit with farmers in Northern, Central, and Southern Luzon. It didn’t take long for the variety’s high yield of good quality ears and its pest and disease resistance to impress its planters. Bighani bears a high percentage of first-class ears. The variety’s plants have strong stalks that resist lodging in strong winds. Its two ears form as low as about 60 centimeters from the base, compared to othervarieties that have the ir ears at about a meter from the plants’ base, making them more prone to lodging.

Farmers in Iloilo and other areas of the Visayas were quick to follow farmers in Luzon who used Bighani F1. Destacamento was one of them, and he continues to be a steadfast planter of the
variety. He grows three crops of Bighani a year.

His workers sow Bighani seeds in seedling trays, staggering this at the rate of three to four kilograms of seeds per week so as to also have staggered harvests two months or so later. A
hectare needs seven to seven-and-a-half kilograms of seeds.

They transplant 10-day-old seedlings in the field at 45- centimeter-by-45-cm distances that res ult in maximum plant populations of 98,000 per hectare. They then fertilize the cropwith urea and 14-14-14. They irrigate the fields with the use of tubes that produce free-flowing water from abundant underground aquifers in their part of the province. This is the primary factor that makes it possible to grow three crops of sweet corn each year.

The Bighani ears that Destacamento harvests are mostly first class; two kilograms are often comprised of five ears. For second-class ears, it takes three pieces to make up a kilo. Female workers sort the harvests in the field; these are usually only a few hundred kilos at a time, just enough for Jerlyn Destacamento’s customers to absorb every three to four days.

“If we sell to traders here, the farmgate price at present is 25 per kilo,” says Destacamento. “But Jerlyn has established her clientele. Most of them are retailers at Iloilo City’s markets, and we earn more by bringing our corn directly to them.”

FROM WATERMELON TO CORN – The Destacamento couple’s entrepreneurial skill and Bighani production practices have rubbed off on their close friend Rino Java, who also lives in Barangay Puyuan. A long-time watermelon grower, Java feels that climate change is making producing his favorite crop more and more difficult and risky.

“Because of climate change, watermelon has become the wrong crop for men with weak hearts,” says Java. “Sudden, unexpected rain a week or two before harvest flooding the fields and making the watermelons float, for instance, can give one a heart attack, as one financier experienced last year.”

Drawn to sweet corn growing by the Destacamentos, Java initially tried it on a hectare of his land in Puyuan. “Compared to watermelon, sweet corn is much easier to cultivate and less expensive to grow,” he says. “Input and labor costs for watermelon can be as high as 100,000 per hectare. For example, you need two workers per hectare, and you need to provide them with daily subsistence because they must be at the field from daybreak to dusk, especially during the fruit development stage. If I can just develop a marketing chain for sweet corn like Jerlyn’s, I will devote more land to plant to Bighani.”

According to ABC area sales manager Wilfred Otanes, who has become the two farmers’ friend and adviser, Java has more land in Puyuan than the Destacamentos because of his many years of profitable watermelon growing on no less than 30 hectares of rented ricefields in Barotac Nuevo town immediately after the rice harvest every season. There were even seasons, says Otanes, when Java rented as many as 90 hectares of rice fields to plant to watermelon. The ABC man, who has been with the company for 25 years, knows the two men and their agri-enterprises well.

“I will not totally forsake watermelon growing,” says Java. “It’s already in my blood,
as I learned to grow the crop from my father when I was only 10 years old. I’m now 46. I think I do not want to miss the challenges brought on by producing watermelon. At present, I have watermelons on 40 hectares in Barotac Nuevo.”

The main watermelon varieties that he plants are Takii Oriental Ball, a green-striped variety
hybrid that’s the biggest watermelon that many farmers grow nearly all year round throughout the country today, and Condor Yellisimo, a Sugar Baby-Torpedo type watermelon.

Oriental Ball F1 from Takii and Company Ltd. (the 179-year-old Japanese company), is a fast-growing, vigorous, and prolific variety that bears sweet large fruits that can weigh up to 18 kilos each. Resistant to diseases, the variety matures early at 65 to 70 days. Iloilo was one of the first provinces where ABC, through Otanes, introduced the variety more than four years ago.

On the other hand, ABC introduced Condor Yellisimo F1 for commercial planting by farmers in 2011. The variety’s vines produce medium-sized oblong fruit with the standard Sugar Baby dark-green rind but with bright-yellow-colored flesh. Each fruit weights from 2.5 to three or more kilograms and has good eating quality, with a sweetness that ranges from 11 to 12 on the Brix scale. The variety also has a high field-holding ability and matures in only 60 to 65 days after sowing.

Both watermelon varieties have a high acceptance rate among consumers in the area known as the Iloilo City Growth Corridor, which includes the municipalities of Pavia,
Sta. Barbara, and Cabatuan, where the Iloilo International Airport (the first in Western
Visayas to be built to international standards) is situated.