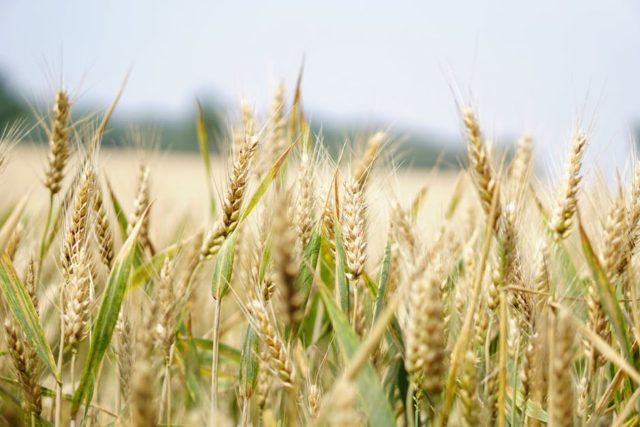 Would you believe that farmers who are members of cooperatives or associations can be recipients of free truckloads of organic fertilizer? And that the fertilizers are even delivered for free?

No, these are not dole-outs from the government. The organic fertilizers are given away for free to groups of farmers whose farms are within a reasonable distance from Las Piñas City. The organic fertilizer is the end product of a recycling program of household wastes in Las Piñas by the Villar SIPAG Foundation. ‘SIPAG’ is the acronym for Social
Institute for Poverty Alleviation and Governance.

During the AANI farm tour that visited the Villar foundation’s projects last March 30, 2014,
Senator Cynthia Villar explained that the household wastes in the city are collected every day for processing in several recycling facilities located in different parts of
the city. More than a thousand bags of organic fertilizer are produced each month, and these are given free to farmers’ groups.

The farmers’ group has to make a written request so they can be allocated fertilizer on a first-comefirst served basis. The Foundation has delivered organic fertilizer to as far as Nueva Ecija.

Why give to groups of farmers outside of Las Piñas? Because Las Piñas is not an agricultural city. And why free? Because the city has already enjoyed big savings in recycling the household wastes. Hauling household wastes to the dumpsite costs the city about 9,000 per trip. Because of the recycling program, the city spends just about R90 million a year for garbage disposal. The neighboring city of Parañaque, according to Sen. Villar, the city spends more than 400 million a year for garbage disposal.

WASTE PLASTIC INTO CHAIRS – Schools in poor areas of the country can become beneficiaries of a new project of the Villar foundation, which has put up a multi-million peso facility that makes school chairs out of waste plastic materials, like discarded wrappers, containers of food products, and the like.

Workers weaving coconets for erosion control. The fibers were extracted from coconut husks, particularly those that are sold in “buko” stands.

Dexter Gonzales, who is in charge of the facility, says that 15 kilos of waste plastic products can be made into a very durable chair for school kids.

COCONET FOR EROSION CONTROL – Another very interesting project of the foundation is the processing of buko husks that are collected from stalls of buko sellers in Las Piñas and its surrounding cities.

The halved buko husks are delivered to five processing facilities in the city. The buko husks pass through a decorticator to extract the fiber and the resulting coco peat or dust. The fibers are made into twine, which is subsequently woven into coconets for use in erosion control. The coco peat or dust, on the other hand, is an ingredient for making organic fertilizer.

This project provides employment to hundreds of workers, who are paid by the piece. The coconets are mostly sold to the subdivision projects of Camella Homes, which is owned by the Villar family. The Department of Public Works and Highways also buys
some of the products.

Sen. Villar and Pol Rubia of AANI pose with bamboo planted along the Las Piñas river to prevent erosion.

WATER HYACINTH PROJECT – Another project provides a source of livelihood to the women of Las Piñas while helping to preserve the environment. This is the program under which various handicraft items are made out of water hyacinth, more popularly called ‘water lily’ (a misnomer) in the Philippines. A lot of handicraft items are produced out of the dried and flattened petioles of the water hyacinth, such as bags, chairs, tables, and placemats.

The project started several years ago and was aimed at declogging the Las Piñas river of the water hyacinth, which was a nuisance. Now, the river is totally free of the water plant, but the project continues because it provides a source of income to many women workers who work at their convenience. After all, they are paid based on the number of items they make.

Today, the project sources its water hyacinth requirements from Laguna Lake, where the water plant really grows big. The leaf petioles can reach as long as two feet. These are dried and then flattened for making the handicraft items.

One Company’s Compliance With The Refuge Requirement