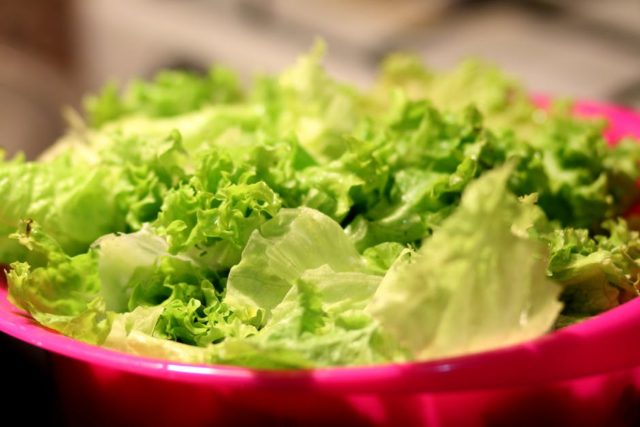 Medium to small farming operations in the mid- to high-elevation areas of the country producing mixed varieties of lettuce, the most popular vegetable for salads and sandwiches, have increased in the last five years.

Harvest volumes of the leaf veggie have grown because of the increased demand from farmer’s markets, supermarkets, hotels, restaurants, fast-food chains, and high-end food service companies.

Filipino vegetable seed and crop care company Allied Botanical Corporation (ABC) supplies most of the lettuce varieties now being grown in the country. ABC markets over 30 varieties of the vegetable, a few under its Condor brand, but mostly those of the Dutch company Rijk Zwaan, the fourth-largest plant breeder in Europe, and one of the top 10 in the world.

The lettuce varieties that ABC distributes fall into six major types: Baby Leaf, Batavia, Butterhead, Cos or Romaine, Iceberg, Leaf, and Oakleaf. These in turn are generally
classified as heading, semi-heading, or loose-leaf lettuce. Baby Leaf, Batavia, Leaf, and Oakleaf are loose-leafed lettuce; Butterhead and Iceberg are heading types; while Cos or Romaine is semi-heading.

Every year, ABC holds techno-demonstration plantings of the new lettuce varieties developed by Rijk Zwaan at its Highland Crops Research Farm at the Benguet State University (BSU)
Vegetable Research and Production annex in La Trinidad’s Barangay Balili. ABC’s technical Services Department chose Benguet as the site for the trials of the new varieties because it’s the top lettuce-producing province in Luzon. Many progressive farmers in Benguet and its neighbor to the north, Mountain Province, adopt the crop protection technology that promotes the extensive use of rain shelters equipped with drip
irrigation systems. Their major crops are lettuce and other salad vegetables.

Since 2013, ABC has also held lettuce trials at the 32-hectare Strawberry and Vegetable Farm of BSU in Barangay Betag just across the provincial highway from the sprawling BSU campus. The farm is in an area that local residents know as “The Swamp” because of its watery condition during the rainy months of the year. The site is thus well suited for growing lettuce, which likes cool weather and plenty of moisture.

The five La Trinidad farmers who grew the 21 new lettuce varieties in the Allied Botanical Corp. techno-demo were led by Jerry Puyao (fourth from left) and included lady-farmer Myra Dacwag (center). With them are ABC agronomists Michael Comafay and Domel Mayangao (left and right, respectively) and technologist Michael Castillo (second from left). Third from right is Benguet State University employee Marlon Subli, one of the area supervisors assigned to “The Swamp.”

BSU, whose main campus is in La Trinidad—the strawberry capital of the Philippines—enables small landless farmers to grow crops as a livelihood by renting out a maximum of 1,000-square meters (sq. m.) per farmer in its annex fields at Betag and Balili for 15 per square meter per year. The renters’ main crop at Betag is strawberry. At Balili, the farmers grow mostly the high-value Brassica vegetables like broccoli, cauliflower, Chinese cabbage, and cabbage.

Renting out land for agricultural use is among the BSU’s major income generating projects for supplementing the annual subsidy that it receives from the government as a state university. Other major projects are vegetable, strawberry,
cutflower, poultry, and swine production.

On the second week of February, ABC agronomists for Benguet Domel Mayangao and Michael Comafay assisted technologist Michael Castillo in holding a techno-demo for 21 new varieties of Rijk Zwaan lettuces in The Swamp at Betag. The farmer-cooperator for the previous year’s demo, Jerry Puyao, asked four other fellow-renters who wanted to be involved to work as apprentices to help him. The four included lady farmer Myra Dacwag, who also wanted to learn more about growing lettuce.

Puyao is a 2011 Bachelor of Science in Agriculture, major in Horticulture, graduate of BSU who chose to become a full-time farmer after graduation. He was confident that he could make a living from farming, which he has done since his elementary school days, when he helped his farmer-father. He joined many others who rented lots in The Swamp to grow crops for the La Trinidad Trading Center.

More and more of the renters now prefer to grow lettuce instead of strawberry because the former is much easier to grow and takes a shorter time to produce, especially in the off-season. As for the common belief that strawberry is a more profitable crop to grow than lettuce, the leafy veggie’s growers dispute it, saying that the faster turnover and easier culture offsets whatever higher profit can be had from the former.

Supervised by Mayangao, Puyao and his helpers sowed seeds of the 21 Rijk Zwaan varieties in seedling trays filled with Klasmann Peat Substrate, which is popular with progressive farmers nationwide, especially those growing high-value vegetables. The product, which is also marketed by ABC, ensures high seed germination and seedling survival rates, and provides the most vigorous start possible for plants. In addition, Klasmann Substrate
assures farmers of the successful transplanting of seedlings; this success depends
on the young plants’ healthy root mass, which enhances the absorption of moisture and nutrients.

When the lettuce seedlings were three weeks old, Puyao and his companionstransplanted these on meter (m)-wide, 5 m-long elevated beds with 20-centimeter (cm)- wide and 20-cm deep ditches between the plots along their entire length. To save on expenses, and since not much rain was forthcoming during their culture period, they did not mulch the plots.

They chose a cool and cloudy day in the first week of March for transplanting the seedlings. They fertilized the young plants with urea 10 days after transplanting (DAT) them. At 18 DAT they top-dressed with urea and 16-16-16 fertilizers.

Local tourists choose the lettuce that they want to buy.

When it was harvest time in the last week of March, the agronomists and their supervisor, Douglas Del-amen, invited lettuce growers in La Trinidad—including several who supply to institutional buyers—most of whom are customers of ABC dealers, to look at the varieties that their cooperator and his apprentices planted. Loose-leaf lettuce
varieties can be ready for harvest as early as about four weeks, while heading and semi-heading varieties need up to a couple of weeks more to mature.

Castillo gave a lecture to the visitors and prospective growers of the ABC varieties on each cultivar’s attributes, pausing in his talk to answer their questions. Afterwards the invitees examined the lettuces closely, judging them as to weight, density, leaf characteristics and color, and taste. That the varieties are new ones that are not yet being planted by other farmers was a significant factor in choosing which to produce for their respective markets, like the new mini-Romaines that produce heavier heads than the loose-leaf varieties, with each head weighing up to 500 grams. There were three varieties of mini-Romaine lettuce in the techno-demo, two with green leaves and one with dark-red foliage.

Two Iceberg varieties also elicited close attention. Traders in La Trinidad always favor heading lettuces like Iceberg because of their distinct advantage in shipping to markets in Urdaneta City in Pangasinan and Metro Manila. At harvest, Iceberg pickers retain a few outer leaves to wrap
around the heads before further wrapping these in old newspaper. This way, the lettuce reaches Metro Manila relatively fresh, compared to the loose-leaf and semiheading lettuces that need to be transported in refrigerated vans. Traders deliver iceberg lettuce to suppliers of fast food outlets that use the lettuce’s leaves in their hamburger offerings.

The vibrant greens and reds of the lettuces attracted local tourist-families from the lowlands and weekend visitors flocking to The Swamp primarily to pick strawberries, which BSU allows subject to certain conditions. They took photographs and videos of each other and their children before the lettuce plots, after which they asked to buy some of the vegetables to bring home. The farmers gladly obliged, picking what the tourists pointed out, cutting off each plant at the soil surface with a sharp knife and leaving as many of the wrapper leaves uninjured as possible. They sold the lettuce to the walk-in buyers at 50 per kilogram.

Farmers in The Swamp who plant Rijk Zwaan and Condor lettuces from ABC harvest from 2,000 to 2,500 kilos from their respective 1,000 sq. m. lots per season, depending on
the number of heading and semi-heading varieties grown, which weigh more than the loose-leafed cultivars. They sell the lettuce to their regular buyers from as low as 20 to as high as 80 per kilo, depending on the prevailing supply of the vegetable at the La Trinidad Trading Center.