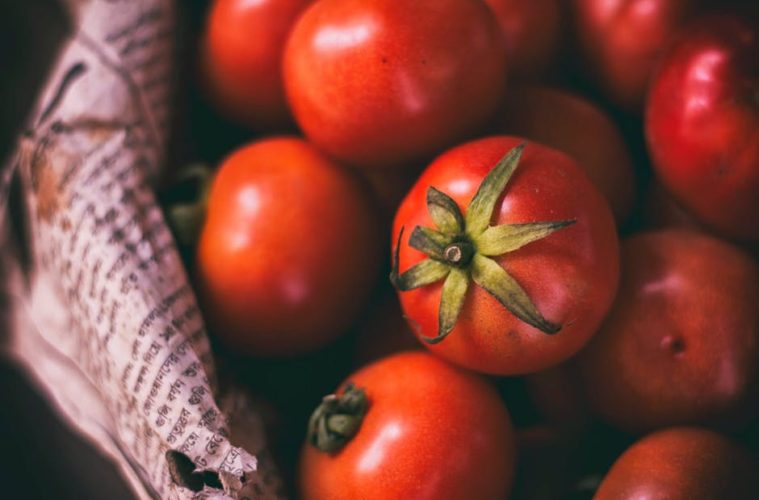 Last March 15, we attended the Cherry Tomato Festival in Alcala, Pangasinan, conducted by Known-You Philippines (KYP) to showcase the latest promising varieties of this tomato type with diminutive fruits.

Several varieties from Known-You Seed of Taiwan are being tested in the Philippines to find out which of them will fare well under local conditions. There is a growing interest in Cherry Tomatoes because of their potential as moneymakers for farmers. And there’s also a growing interest of consumers in this grape-like tomato type.

TALK WITH THE PIONEER GROWER – Six promising varieties were showcased during
the event. But what we also found interesting was talking with a pioneer Cherry Tomato
grower from Sison, Pangasinan. He is Rolando Benosa, who has been growing Cherry Tomato
since he attended a seminar on high-value crops conducted several years ago by Harbest
Agribusiness, the company that distributes the seeds.

Up to this day, Rolando has been religiously growing these small tomatoes throughout the year, during both wet and dry seasons, for a number of very good reasons.

Staff of Known-You Philippines behind their showcase of cherry tomato and other high-value crops.

For one, he says that the price of Cherry Tomato does not suffer from fluctuations, unlike that of the ordinary table tomato. During our recent interview, for instance, the farmgate price of the ordinary table tomato in Pangasinan was 7 per kilo. In his case, Rolando was selling his harvest of Cherry Tomatoes at 100 per kilo. That’s what his buyer in Manila has been
paying him all the time throughout the year.

CHERRY TOMATOES’ HIGH YIELD – Another advantage of Cherry Tomatoes is that most are indeterminate (they grow tall) and they yield high. In fact, one of the varieties showcased by KYP during the festival had yielded 92 tons per hectare, according to Aubregyn Villablanca, an agriculturist of KYP.

MORE BUYERS – During our interview, Rolando said that he was shipping 70 to 100 kilos of his harvest to his Manila buyer every week; he picks these from only 350 plants. He is expecting to harvest more a few weeks from our interview because by that time, some 700 plants will be ready for harvest. Rolando does not worry about his market because his current buyer can still absorb a much bigger volume. Another trader has told him he can absorb three tons a month.

There is another buyer from Davao who visited his farm recently. This guy also Rolando Benosa wants to buy from him because he has been sourcing his supplies from a Manila distributor at 400 per kilo!

PICK RIGHT VARIETIES – There are many Cherry Tomato varieties, and one has to make sure that those one plants have the desirable characteristics. Some, for instance, have fruits
that easily crack under the rain. Others may be susceptible to diseases. Another trait to consider is the taste (sweet or somewhat sour) a particular buyer requires. Also, some
markets may prefer small and round fruits while others may prefer oval fruits.

ROOTED CUTTINGS FOR PLANTING – One practical technique that we learned from Rolando is that if you are short of seeds for planting, you can root cuttings of branches
of your plants that are already flowering. One time, he was able to produce 1,500 rooted stem cuttings from just 100 seedling plants. The rooted cuttings are just as prolific, and
they also bear fruit much earlier than those grown from seeds.

Sahara de Guzman with a tray of ripe cherry tomatoes.

SHOWCASED VARIETIES – Meanwhile, here are the promising new Cherry Tomato varieties showcased during the festival. One is called Elf, and is notable for the fact that it is
high yielding and can be grown inside the greenhouse as well as in the open field.

Another promising variety is called Milton; it produces oval fruits that weigh 20 to 25 grams each. It is said to be resistant to Yellow Leaf Curl Virus (TYLV) disease and powdery mildew, a fungal disease.

Ruby is another promising variety with small fruits that weigh 10 to12 grams each which are excellent for salad. It is said to be resistant to leaf blight and mildew diseases.

Sweet Ruby is another variety which has very good shipping quality and is also said to be resistant to TYLV and mosaic virus.

Then there is the Tropical Ruby, which is semi-indeterminate, meaning it does not grow as tall as the four varieties cited above.

There you are. Let’s plant Cherry Tomato!