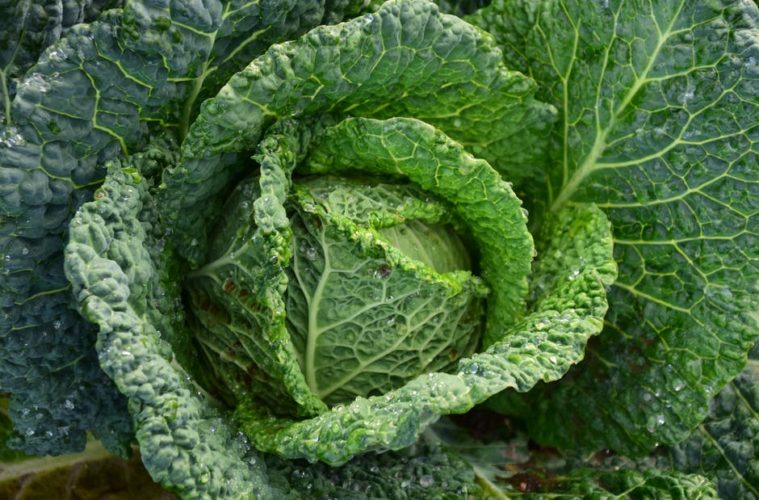 Discover something from the Northern Luzon and how it became the “City of Cabbages’.

In the highlands of Benguet, Mountain Province, and Nueva Vizcaya in Northern Luzon, which account for over 65 percent of all the cabbages produced in the country, the most-widely planted cabbage for at least three
decades now is a hybrid variety called Scorpio.

The Sakata Seed Corporation of Japan, one of the world’s top 10 seed companies which celebrated its centennial in 2013, developed Scorpio for the Philippines in the 1980s. An amazing market and consumer appeal has given Scorpio the title “king of cabbages,” and even Sakata researchers are astounded,
expressing their admiration for how long it has reigned as the top highland cabbage cultivar.

Sakata’s researchers have dedicated their lives to the development of the cabbage, which to them is the “star of the show” and “the world’s most indispensable vegetable.” In 1940 they produced the world’s first hybrid cabbage, Suteki Kanran F1, developed by employee Suteki Shinohara using
the then-cutting-edge F1 cross theory. At the time, cabbage was of an open-pollinated variety with an inconsistent harvest period and head size, making harvesting time-consuming. Shinohara developed his own cultivation methods and bred a hybrid strain whose uniformity was well suited to large-scale farming. This variety came to be not only the world’s first F1 cabbage, but also the first F1 Brassica.

Cabbage and the other Brassica vegetables, such as broccoli and Brussels
sprouts; Chinese cabbage, which includes pechay and mustard; Chinese
kale or kai-lan; and cauliflower are the most healthfully beneficial vegetables people can eat, as these are nutritional powerhouses packed with vitamins, minerals, antioxidants, and other phytonutrients. Sakata is the world’s leading Brassica breeder, and Allied Botanical Corporation
(ABC) is its exclusive Philippine distributor.

GROWING SCORPIO IN THE LOWLANDS – If the Sakata company’s researchers were astounded by Scorpio’s long reign as the Northern Luzon highlands’ top cabbage, they will be more surprised to learn that the variety is now being grown in the lowlands—and not just by one farmer.

Nancer Abelardo of Barangay Las Piñas in Peñaranda, Nueva Ecija has grown cabbage for about 20 years now. He started with upland varieties because the seeds of heat-tolerant cabbages were not yet available then. Although he was able to attain some success—and minimal profits—with highland cabbage, he turned to pinakbet vegetables when the cabbage seeds that he had been buying began to be unreliable as far as yield and disease resistance were concerned.

“I stopped growing cabbage for three years and resumed planting the crop only when I met the market development technologist of ABC for our province,” says Abelardo. “He convinced me to test four varieties of hybrid cabbage suitable for lowland growing.”

That was in the late 1990s, when ABC began introducing cabbage varieties adaptable for the lowlands. The varieties are not only heat-tolerant but also disease-resistant and give high yields of heads with good marketability.

The hybrid varieties are Green Helmet and Green Stream from Sakata Seed, and Condor Commando, Gladiator, and Grand KK Cross, which ABC tested at its Research and Breeding Farm in Tayug, Pangasinan and in multi-location trials
throughout the country. Condor is ABC’s brand for its home developed
vegetable varieties.

In 2013, experienced cabbage grower Abelardo and a cousin tried planting Scorpio in Las Piñas. The two experimented with the planting distance in transplanting their seedlings, which they grew near their deep well water source, fertilizing their seedbed with urea. Outplanting the seedlings 25 days after sowing, Abelardo used a distance of 30 centimeters (cm) by 30 cm between plants, while his cousin planted at a distance of 45 cm by 45 cm. As they had only bought a 100-gram can of Scorpio seed for their trial planting, they
produced some 10,000 seedlings. Abelardo planted 3,500 square meters (sq. m.), while his cousin planted 1,500 sq. m.

Ten days after transplanting (DAT), the cousins side-dressed the Scorpio plants with a two-to-one mixture of 14-14-14 and 46-0-0, applying one tablespoonful per plant. Their next fertilizer application was three weeks later with a 16-20-0 and urea mixture applied at three tablespoonfuls per plant.

When the plants were young, and it didn’t rain, the cousins watered them every five days, making this more frequent at every three days as the crop got older and using the method of flooding the furrows between the raised beds. They didn’t have major problems with pests and diseases but observed that sometimes, the population of white flies in their crop was high.
To control the tiny insects that can spread disease from crop to crop and from plant to plant, they sprayed with an organic insecticide that they themselves formulated. It consisted of hot pepper juice and ordinary laundry soap powder mixed in water.

The cousins began harvesting mature heads at 59 DAT. The ABC technologist told them that for Scorpio, this was earlier than in the highlands. Buyers who came chose the heads that Abelardo picked as more highly marketable, probably because of their closer spacing. As the heads also fetched better prices than other cabbage varieties, Abelardo and his cousin profited well from their test crop.

Seeing how the cousins fared influenced three other farmers— two from Las Piñas’ neighbor-barangay of Sto. Tomas—to sow Scorpio seeds in early January 2014, staggering their sowing so they would not have to harvest at the same time in March.The five farmers planted the highland variety in an aggregate
10 hectares in the two barangays at a plant population of about 20,000 per hectare.

As he had been the first to sow seed, Abelardo was also first to begin harvesting heads again at exactly 59 DAT. All the Scorpio planters and their neighbors were one in saying that based on close examination of the cabbage heads, their harvests would be very good.

The ABC technologist invited about 25 farmers from other towns, including Gapan City, and two lady traders to a mini-harvest festival at the Abelardo farm to show them what the Peñaranda farmers were able to achieve with the highlands’ amazing “king of cabbages.”