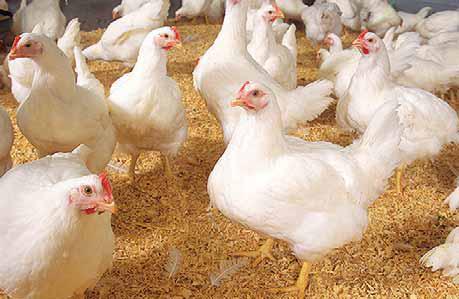 A further study and evaluation on the following cure and vaccines on the application to poultry animals.

NewCastle Disease is caused by virulent strains of a diverse group of viruses that result in severe illness in chickens and other birds. The virulent strains are exotic to poultry species in the United States but are regularly found in poultry in many foreign countries. There, outbreaks can kill 80 to 90 percent of infected birds that have not been vaccinated or previously exposed to a less virulent Newcastle disease virus (NDV).

“NDV strains are closely related, and theoretically, vaccines do not need to be changed frequently like avian influenza virus vaccines do,” Miller says. “Under perfect conditions, many vaccines work, but conditions are not perfect in the field. Chickens sometimes get less than the required vaccine dose and don’t always have time to develop an immune response.”

The traditional method used in selecting NDV vaccines does not compare vaccines and
only measures survival rates under optimal conditions—meaning the vaccinated birds are
healthy, the correct vaccine dose is given, and the birds have 2 to 3 weeks to develop an immune response before being exposed to the virus.

Using the improved procedure, scientists inoculated chickens with the different vaccines 1 or 2 weeks before exposure to a high dose of virulent NDV. Birds given the genotype-matched vaccine had reduced viral shedding, superior immune responses, reduced clinical signs, and greater survival rates compared to the birds vaccinated with a different-genotype vaccine.

“Using this stringent comparison, we showed for the first time that by using
genotype-matched vaccines, a significant reduction in viral shedding and death
may be achieved,” Afonso says. Under the traditional evaluation procedure, no significant differences in survival rates were found between vaccines.

“Scientists can use this protocol to develop improved vaccines,” Miller says. “It may also help in selecting more appropriate NDV vaccines, especially in countries where different virulent viruses are common in poultry.” (Reprinted from the April 2015 issue of AgResearch Magazine)

Cucumber Aromas for a Lure