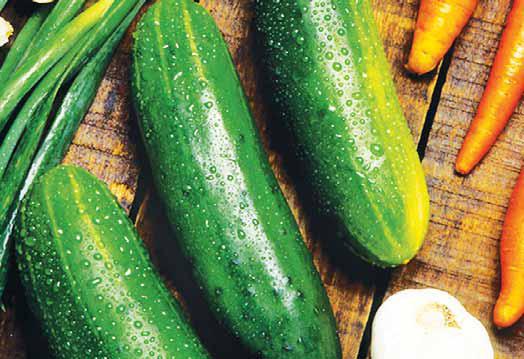 Cucumber Aromas for a Lure

All about the study on the new found melon fruit fly variety that can easily control agricultural pests.

On-going development and testing of a new melon fruit fly lure derived from cucumbers may lead to improved monitoring and control of this costly agricultural pest. That’s the goal of Agricultural Research Service scientists who developed the lure in studies at the Tropical Crop and Commodity Protection Research Unit in Hilo, Hawaii.

In Hawaii, the melon fly, Bactrocera cucurbitae, is one of four nonnative tephritid fruit fly species that cause up to $15 million annually in direct losses to the state’s fruit and vegetable
crops, including squash, melon, cucumber, and tomato. B. cucurbitae is considered a
quarantine pest in the mainland United States and inflicts significant agricultural losses in other regions of the world.

The use of attractants to monitor adult fly numbers and movements plays a critical role in Hawaiian growers’ implementation of areawide approaches to manage the 6- to 8-millimeter-long pest, which also include sanitation measures like destroying infested fruit and using trap crops. The damage begins when female flies inject their eggs into host fruit
or vegetables. Upon hatching, the larvae tunnel deeper to feed, paving the way for rot pathogens and ruining produce quality and marketability.

In studies there, Jang and colleagues used a procedure called “gas-chromatograph
electro-antennogram analysis” to measure how strongly melon flies responded to different blends of 31 volatile compounds emitted from freshly puréed cucumber, among the pest’s favorite hosts. From this analysis, they identified a nine-compound blend that proved most attractive to female flies, and they synthesized
it into a lure formulation for use in outdoor trials.

The results showed that the use of specialized tubes containing 100-milligrams of the synthetic cucumber blend attracted twice as many female flies, on average, as a commercial protein bait used for comparison.

In the latest round of outdoor trials, conducted in Hawaiian papaya fields and in Taiwan with sponge gourd, Jang and colleagues evaluated a seven-compound cucumber blend with similar success. This version differed from the first blend in that it was formulated as a dry bait. In the Hawaii tests, 100 milligrams of the dried synthetic cucumber blend captured more melon fruit flies than both the protein bait and male-only lure. The latter products, however, lasted longer—6 weeks compared to 4 weeks for the cucumber blend.

The researchers found that increasing the dosage to 300 milligrams extended the cucumber blend’s longevity from 4 weeks to between 6 and 9 weeks. Females also accounted for 65 percent of all captured melon flies. Some oriental fruit flies were  also captured, suggesting the blend may have use in trapping other tephritid species while keeping captures of nontarget insects to a minimum. (Reprinted from the
April 2015 issue of AgResearch Magazine)