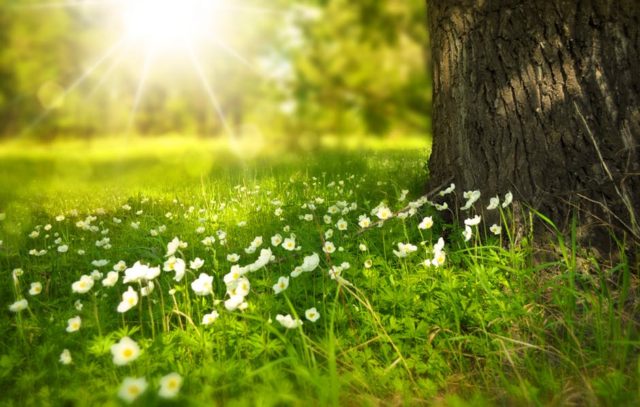 Bacolor in Pampanga was one of the towns most devastated by the Pinatubo eruption in 1991.

The continuous descent of lahar from 1991 to 1997, especially during the rainy months, buried
the town about 20 meters deep.

The residents, many of them farmers, had to relocate since they could no longer grow the rice, corn, and vegetables that they used to grow before the eruption. They abandoned what used to be their farms and settled in more hospitable environments either within the province or elsewhere.

But there are a few who were stubborn and did not easily give up hope. A few years after the lahar flow subsided in 1997, some sentimental souls returned to where they had fond
memories of their childhood.

One of them was a lady industrial engineer who had long given up her job in a big construction company in Manila to devote her time to raising her five kids. Now that four of her children
have finished college and the youngest is in her fourth year in an engineering course, she is devoting her full time to managing a leisure resort farm that her family built on the lahar-covered property.

The lady industrial engineer is Annette Cortez-Patdu and the farm that she and her family developed is the Diaspora Farm Resort in Brgy. Sta. Barbara in Bacolor. Annette says that the farm resort serves as a testimony “that people can dream and persevere (despite) adversities through Him who gives strength.

We met Annette at the recent Mango Festival at the Quezon Memorial Circle where the big mangoes that she displayed attracted our attention. And she was excited, telling us about the
interventions she introduced so fruit trees and other vegetation would grow. She attended a seminar on integrated organic farming at the Costales Nature Farms in Majayjay, Laguna and put into practice what she learned.

They added a lot of manure to the lahar. They spread rice hull and other waste materials, spraying them with molasses to encourage the proliferation of beneficial microorganisms. Actually, she only had a one-hectare share of the inheritance from her parents but they were able to buy two adjacent hectares for virtually a song because nobody thought that the place could be rehabilitated.

Angie Veneracion and Annette at the Mango Festival. Both are natural farming advocates.

Today the farm resort boasts about 200 mango trees that are 10 to 15 years old and are in their peak of production. They consist of selected carabao mango (Sweet Elena) as well as imported varieties like Golden Queen, King, Florida, Cambodia, Kinabayo and others.

Aside from fruit trees, they also have farm animals that include 16 cows, more than 20 sheep, goats, chickens of different breeds, rabbits, turkey, guinea fowl, peacock, wild pigs, and geese.

Other amenities for farm tourists include a swimming pool, function hall for various events, several bahay kubo, an airconditioned room for those who need such a facility, and meal packages that have to be pre-ordered.

As they say, if there’s a will there’s a way to overcome challenges, whatever they may be. Just like the challenge of the lahar-ravaged land that is now the Diaspora Resort Farm.