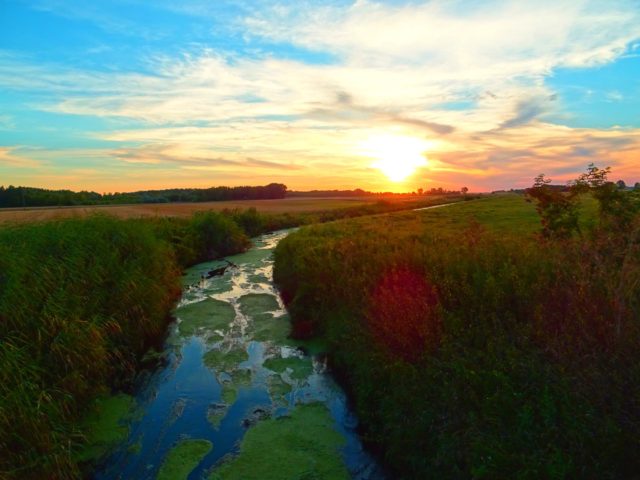 Agriculture plays a big role in the development of the Philippine economy and attainment of inclusive growth.

Irrigation is an important component of the agricultural system. It raises land productivity by providing sufficient water to crops to increase yield and ensure the stability of production, even under extreme weather conditions.

DECLINING PERFORMANCE OVER THE YEARS – Despite receiving the bulk of major public investments year after year, the country’s national irrigation systems have always performed below expectations. This poor performance has been attributed by Philippine Institute for Development Studies (PIDS) consultants Dr. Cristina David and Dr. Arlene Inocencio to overly optimistic technical and economic assumptions, inadequate water supply, inappropriate designs, and difficulties in operation and maintenance. These problems have been documented since the 1980s and are still present over 20 years later.

Several component studies under an evaluation project commissioned by the National Economic and Development Authority (NEDA) and the Department of Budget and Management (DBM) to the PIDS exposed the large gap between design assumptions and operational realities, which resulted in the chronic underperformance of national irrigation systems.

A very disturbing pattern in performance are the generally declining trends in all indicators, such as the ratio of service area, firmed up service area, and irrigated area to design area, the cropping intensity, and the irrigation service fee collection rate. While the ratios of service and irrigated areas to design area were 80 and 60 percent, respectively, in the earlier years, these were only 70 and less than 40 percent, respectively, for national irrigation systems that were built after the mid-1990s.

The irrigation performance indicators have generally been falling over time across the vintages of the national system because “the best options for irrigation development have been developed earlier, and later public investments have been allocated to marginal projects with higher cost of construction and low and uncertain benefits,” Drs. David and Inocencio noted.

In 2012, the national irrigation systems that started operating in the 1990s showed poorer performance indicators than before, leading to questions about the relevance of the NIA and the importance of continuing the heavy public investments for irrigation expansion.

REASONS FOR POOR PERFORMANCE, AND REMEDIES –  Several issues that can explain the underperformance of the irrigation systems were highlighted in the irrigation engineering analysis, a component of the evaluation study.

Third, water facility distribution must be set up so that there will
be no difference if the water flow is at minimum or under fullwater
supply elevations. Where this is not checked, the flow of water malfunctions, leaving farmers with ditches that increase project costs. Unfortunately for the farmers, they have to find alternative ways to put this stalled water to use.

Fourth, to assume high water use efficiency presupposes that there is cooperation between and among farmers and operators so that losses are minimized. However, irrigation systems should be built under the assumption of maximum use with inefficiencies caused by losses during distribution properly addressed. Canal lining is still not as efficient as drainage catchment facilities in controlling water wastage. This leads farmers either to lessen the use of water or to find other ways of efficiently reusing wastewater. The design should also provide for reuse and drainage catchment facilities so that farmers can capture these water losses and use them to irrigate their crops.

Correct and reasonable assumptions and estimates are crucial in designing irrigation projects. Irrigation systems are supposed to be long-term solutions. Assumptions, to be realistic, should address both current and future needs. The PIDS study noted other factors—such as the elevation of areas to be irrigated, availability of alternative uses for irrigation, and losses in distribution—which should be considered in calculating the maximum use of an irrigation system.

Unless all relevant factors are taken into account, the underutilization of irrigation systems in the country will continue to be a chronic problem.

A slower turnaround in the delivery of water was observed. Farmers have to look for faster ways to irrigate their farmlands, which is an additional cost for them. Moreover, the installation of the deep well pumps did not consider the elevation of some service areas; shallow tube pumps were used to irrigate these areas with water coming from rivers and drainages.

Estimates were not made to maximize water usage; pump installations did not account for repairs and maintenance so not all pumps were operating at 100 percent capacity.

Another problem is that these are the same systems from which households get their water supply. The issue is more glaring during the El Niño months, when households are given priority, to the detriment of the farmers.

Having a continuous water source is another problem in the Balog-balog Irrigation System. The service area has already been consistently low and this was aggravated by the eruption of Mount Pinatubo, when lahar flowed to the Tarlac River Dam, its water source. To have a continuous water source, the Balog-Balog Dam was constructed. However, the cost of the dam was also
underestimated, and the volume of water spillage was way below
what it was projected to produce.

The main goal of rehabilitating NIA’s irrigation systems is to close the gap between the irrigated areas and the service areas. Rehabilitation work generally focuses only on maintaining original canals and headwork. Canal lining, which is the most common improvement work, has been identified as one big water waster because it involves a lot of waste seepage.

An irrigation system, to be effective, should take into consideration the structure and other underlying factors that may affect efficient use, such as water supply, areas that can actually be serviced, and a monitoring and evaluation system that will make people accountable for the rehabilitation work.

A diagnostic assessment of the capacity of the physical structure and the operation and maintenance of irrigation systems needs to be carried out to identify the bottlenecks to improving irrigation system performance and choosing strategic improvement options.

Addressing the gap between the actual irrigated areas and the service areas has been a problem since the 1970s. The performance indicators of irrigation systems built in the 1990s registered even poorer performance. The availability now of more modern facilities to gather information can significantly improve technical assumptions and calculations. Despite this, there is no visible effort to upgrade the level of service with regard to
effective water distribution.

It is important to prioritize not just improving water distribution
but also the construction of drainage and flood control projects in
the service areas. This would enable the flood-prone areas to be planted even during the rainy season.

The national government should carefully analyze whether its expenditures on repairs and rehabilitation are indeed worthy of public investment. Monitoring collections and payments at the grassroots level is also important. The viability incentive grant, which is given to productive field offices of the NIA, is a good way to promote efficiency in cost recovery collection.

The benefits from efficient national irrigation systems will accrue not only to farmers but also to consumers and the general public, as increases in production due to productivity growth can result in lower prices of farm produce. (Reprinted from Development Research News, Vol. XXXII No. 4 issue)