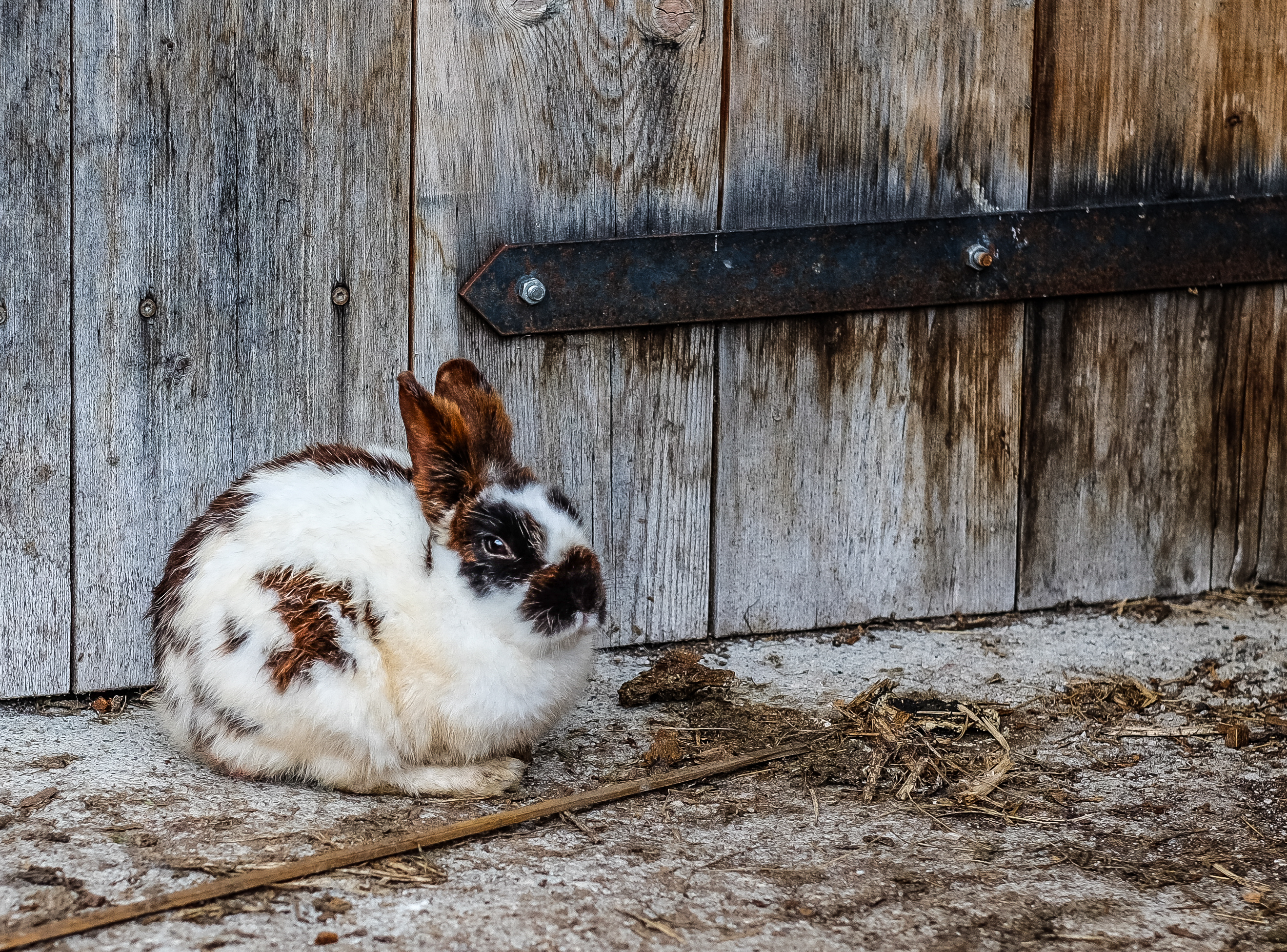 Less than two years: that’s all it took before Artemio C. Veneracion Jr., 60, of Sta. Barbara, Baliwag, Bulacan and his wife Angie could say that they had become experts in the art of cuniculture (rabbit farming for meat).

The couple acquired their learning from hands-on experience, and they have a successful rabbit farm in their own backyard to back up their claim.

Within the next two or three years, Art is hopeful that a rabbit meat market will become established as it becomes a source of alternative meat for the Filipino table.

The Veneracion couple recalls that they started with just three does (females) and two bucks (males) as a hobby—which grew into a passion. They now have close to a thousand head of rabbits ready for slaughter or for sale as breeders.

What brought the Veneracions into the commercial production of rabbits? One doe can produce 134 kits (offspring) in a year. Rabbits are sexually mature in five to six months; their gestation period takes about a month, and they can be bred all year round.

When breeding, the doe is brought to the buck’s cage so that the doe will not waste time marking her territory or fighting the buck. If they have two to three successful mounts, the doe can be removed from the buck’s cage. A buck can serve 20 to 30 does every other day. If successfully impregnated, the doe gives birth after 29 to 31 days.

Art Veneracion (center) shows two trainees the proper way to handle rabbits to prevent injuries
in a seminar conducted on his rabbit farm.

Young kits are born without fur and with their eyes closed. It is important not to hold the kits with bare hands; otherwise, the doe will smell another scent on the kits and refuse to care for their young. Use gloves if it becomes necessary to handle the kits, such as when dead kits need to be removed. This pre-weaning mortality rate, Art Veneracion says, can reach up to 40 percent. A proper diet, the use of nest boxes, and proper care for the doe can lower this. Expecting no kit mortality is not realistic, he stressed. The kits can be weaned after a month, and the doe may be bred again after laboratory specimens, and the initial investment is low. They are a popular source of meat in Europe and other parts of the West. White meat from rabbits is healthy, as they are the cleanest of all vegetarian animals. Their meat does not have a strong or gamey taste.

Male rabbits are caged separately. Does are individually put in the cages of males during breeding.

The nutritional value of rabbit meat is amazing. Let us consider the protein level per pound. Rabbit meat contains the highest protein content with 20.8 percent compared with pork or beef which only 11.9 percent and 16.6 percent respectively. Rabbit meat contains less fat than any other meats with only 10.2 % fats giving birth up to weaning). The afternoon feeding is mostly grass.

Rabbits can be easily skinned during theprocess of slaughtering. Aside from the meat, rabbits are also a source of valuable skin.

Fryers are slaughtered at about three months old, when they weigh from one to one and a half kilos. To butcher rabbits, hold the hind legs with one hand and the neck below the head with the other hand. Pull the neck and legs in opposite directions without bending the neck. Make sure the rabbit is dead and proceed to hang it upside down. Decapitate the rabbit and let it bleed out. Cut off the tail, then the front feet at the first joints. The rabbits’ pelt can be peeled downwards, continuing until all the fur covering the body is peeled off. Wash, drain, and cut the meat according to your preference.

The Bureau of Animal Industry Processing Center in Valenzuela, Metro Manila is ready to process the skins of rabbits once its production reaches commercial levels. They also provide training for tanning skins.

These farmer and entrepreneur trainees attended the second seminar session on the commercial production of rabbits for meat.

Veneracion made sure that rabbit farming can be easier. Every phase of cuniculture, from breed selection, culture and breeding, feeds and feeding, and slaughtering to skin tanning has been taken care of. Assistance to the core group of rabbit raisers in Central Luzon is assured. Thanks to this husband-and-wife team, there is a new, healthier, and cheaper source of meat.