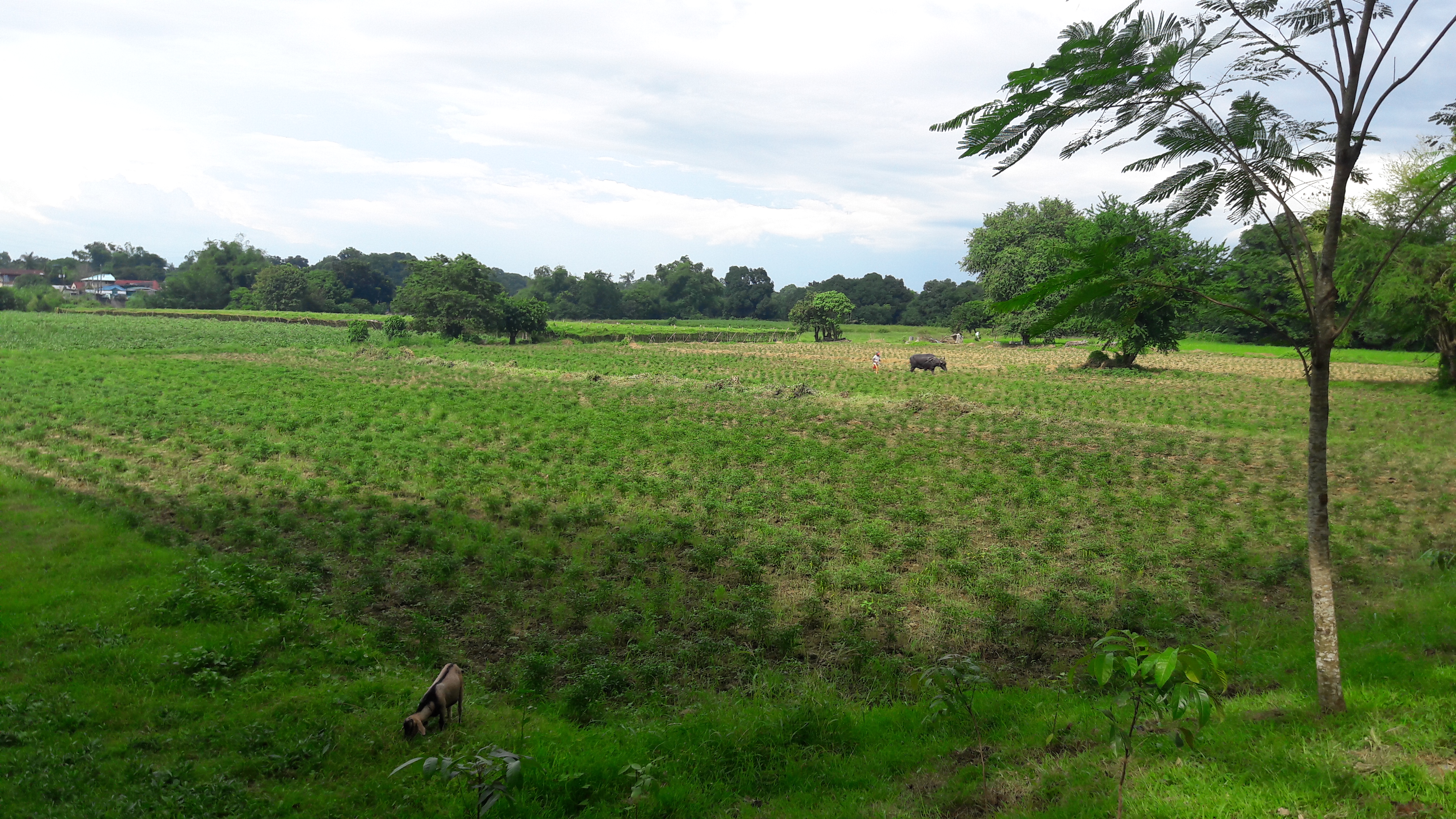 "IT IS OUR DUTY TO CONSERVE"--This is only among of the Bulacan province's huge farm lands that supplies 60 percent of vegetable, meat and fish being sold in Metro Manila public markets. (Freddie C. Velez)

Land misuse may have harsh effects on food productivity and the environment.

By Freddie C. Velez
CITY OF MALOLOS, Bulacan–The provincial chief executive in this province early yesterday has expressed alarm over the loss of sprawling agricultural land due to  massive  land use reclassification and conversion, saying its harsh effects on food productivity and the environment as a whole can no longer be ignored.
Governor Wilhelmino M. Sy-Alvarado said that while he appreciates  the benefits of progress and modernity, these should not be at the expense of the people and the province itself as  the unabated and indiscriminate practice of changing the use of otherwise fertile farmland to non-agricultural,  such as residential, commercial or industrial, could  ultimately result in destruction.
He said the many rustic and picturesque places that the province is known for may disappear altogether if the problem is not addressed properly.
“What kind of future would be in store for our children and the next generation if all they could see are buildings and factories, if as we speak, even our grandchildren already feel and experience  the harmful effects of climate change and global warming? If this remains unchecked, we can only cringe at the thought of the kind of disfigurement our province and our country  would suffer!,” the governor exclaimed.“
Alvarado expressed these apprehensions as he led the  Provincial Government in tackling the issue  on “too much land reclassification and conversion of productive land”  during the Usapang Agri: “Pangangalaga sa Lupang Sakahan” Forum held at The Pavilion, Hiyas ng Bulacan Convention Center recently.
“Bulacan is so blessed with natural resources but we know these are not limitless that’s why it’s our duty to conserve, and  because of too much reclassification and conversion, baka magising na lang tayong wala na ang  mga lupang sakahan at pulos urbanized na ang ating lalawigan,” he added.

AGRI TALK–Governor Wilhelmino M. Sy-Alvarado speaks about land reclassification and conversion during the Usapang Agri: “Pangangalaga sa Lupang Sakahan” held at The Pavilion, Hiyas ng Bulacan Convention Center, City of Malolos, Bulacan recently. Intently listening to him from left to right are Engr. Perlito Abello of the Housing and Land Use Regulatory Board, Jayson Jumaquio of the Department of the Interior and Local Government, Atty. Raparado Galos III of the Bureau of Agrarian Reform, Vice Gov. Daniel R. Fernando and Board Member Allan Ray Baluyut.(Freddie C. Velez)

Alvarado reminded all concerned that Bulacan produces more than 60 percent of all vegetable, meat and fish being sold in all public markets in Metro Manila and called on the agencies tasked with approving land use reclassification and conversion to consider its serious impact on food production and climate change.
For his part, Vice Gov. Daniel R. Fernando said that although the province continues to embrace technology and reap the benefits of progress, it is also true that people cannot eat buildings and too much urbanization  might cause hunger in the long run.
“I appeal and call on the National Irrigation Administration to assert its mandate and resolve the problem on irrigation as this is one of the reasons why farmers become discouraged to pursue farming and are therefore left with no other recourse, but  to sell their “unproductive” land,” Fernando said.
Other officials who took part in  discussion were Engr. Michael Manansala,  Dept. of Agriculture, Region 3; Jayson Jumaquio, Dept. of the Interior and Local Government;  Atty. Raparado Galos III,  Dept.  of Agrarian Reform, Legal Assistance Region 3, and Engr. Perlito Abello, Housing and Land Use Regulatory Board.
The forum was done pursuant to the governor’s Executive Order No.1 s 2018,  on the strict implementation of Sec. 20 in relation to Sec. 56 of  the Local the Government Code regarding the reclassification of the agricultural land in Bulacan.

Lessons from Fish Farmers in Pampanga